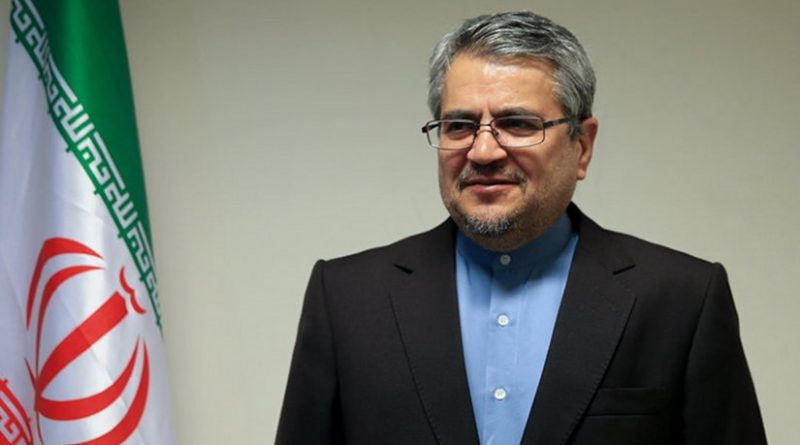 The Iranian ambassador to the United Nations (UN) has called for the scrapping of all anti-Iran resolutions by the Board of Governors of the International Atomic Energy Agency (IAEA) in mid-December.

Gholamali Khoshroo made the comment at the 17th regular session of the UN General Assembly in New York.

Khoshroo added that Iran has complied with a road map it signed with the IAEA in mid-July and therefore its nuclear case should be closed down at the IAEA Board of Governors after the agency’s chief, Yukiya Amano, releases his final report on the country in December.

“Iran has implemented all voluntary measures agreed upon in the road map … and expects that after the release of the director general’s final report, the case of all issues related to the past and present [nuclear activities of Iran] be closed at the IAEA Board of Governors in December once and for all,” the envoy noted.

He outlined Iran’s views on peaceful nuclear activities and said given the growing need of the nations for energy, especially electricity, it is necessary for the nation to get access to clear energy resources.

Noting that the nuclear energy plays an important role in progress of countries, he underlined the IAEA main agenda of helping countries to develop research for peaceful purposes and stressed the necessity of respecting the rights of all countries which are signatories to the Non-Proliferation Treaty.

He regretted numerous efforts so far to restrict use of nuclear energy for peaceful purposes and highlighted the fact that Iran, based on religious, strategic, and international policies, has always rejected use of mass killing weapons.

He said the signing of the Joint Comprehensive Plan of Action (JCPOA) lead to resolving of an unnecessary crisis, adding that fundamental changes in the United Nations Security Council approach towards the issue of Iranian nuclear program should be carried out simultaneous with all the IAEA boarding council resolutions against Iran.

Also at the same UN session, the IAEA chief hailed the “significant progress” made over Iran’s nuclear program in the past year as a “real success for diplomacy” and welcomed efforts by Iran and the P5+1 group in reaching the agreement.

Amano said the agency is now finalizing its analysis of Iran’s nuclear activities, adding that he will release his final assessment of all outstanding issues with Iran to the Board of Governors by December 15.

He promised that his report will be “factual, objective, and impartial.”