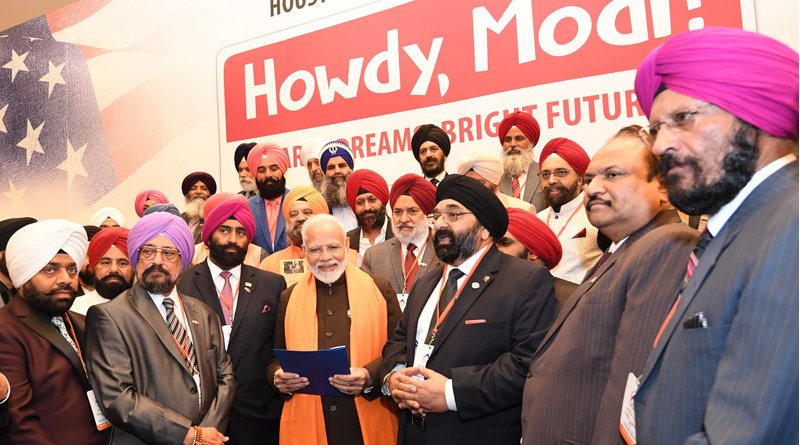 It is well recognized that Indian Prime Minister Narendra Modi is a man with an enviable personal discipline and a high level of determination to succeed in whatever job he undertakes. Such quality is rare in a politician and therefore,Mr. Modi is much admired by most people in India and to some extent abroad. He is admired silently even by most of his pledged critics in India.

During his first term of office as Prime Minister and his ongoing second term of another five years, he has introduced several innovative and much relevant plans in variety of fields including anti-corruption drive, clean India campaign, promotion of yoga culture, etc. The latest cause he has taken is population control.

Even the pledged admirers of Mr. Modi cannot deny that most of the schemes he has initiated are still in the formative stage or in the stage of work in progress. The country is yet to see the full benefits of the schemes and measures that he has introduced. But, any inadequate progress is not due to want of his personal efforts but in spite of that, since the problems of India are complex and ground realities are inter related in several ways. However, the fact that he has been trying hard is itself adequate for the huge support that he enjoys among a crosssection of Indians.

A senior leader of Mr. Modi’s own party, sometime back, said that Mr. Modi is an event manager par excellence. Several of Mr. Modi’s methods indicate that this could be largely true and give an impression that Mr. Modi enjoys publicity and fanfare. This is not a bad aspect of his methods by itself. But, sometimes, this approach look to be not in tune with several social problems faced by people of India, where 25% of the population (around 300 million people) still live below poverty line without even minimum social and economic security. This is particularly so, since Mr. Modi is the Prime Minister of a developing country like India, which still has a long way to go.

In such circumstances, there has been much hype in India about the Howdy Modi event in Houston in USA, which has certainly raised eyebrows, since the event seems to be more focused on Mr. Modi rather than India. Again, this event is organized by Indian origin people living in USA, most of whom have become full-fledged citizens of USA and quite a number of them living in USA for generations and some of them may not have even visited India and understand in first hand manner the traditions, problems, stresses and strains in the country.

Obviously, this event is not organized by representative gathering of Indian people who are the event organisers and the event attendees. There is something unreal about these people eulogizing Mr. Modi to such a sky high level.

What is even more surprising is that a section of the Indian media, particularly visual media, have been focusing on this event as if Mr. Modi ha won the hearts of citizens of USA. The fact is that non-Indian origin US citizens are not participating in organizing this event, but only citizens of Indian origin who form a small fraction of overall the US population.

Of course, US President Donald Trump sharing stage with Mr. Modi gives a striking message, which should be recognized and should not be ignored. But, every discerning observer knows at the heart of hearts that there is an element of politics in Mr. Trump’s gesture at this stage, which may be due to some problems faced by US in geopolitics. The US needs India’s support in extricating itself from Afghan problem and in containing China’s expanding influence in the global sphere. Keeping Mr. Modi in good humour at this stage, perhaps, is part of the political and diplomatic strategy of USA.

Further, one has to note that while Indian media is going overboard in applauding the Howdy Modi event, the same enthusiasm is not shared by US media.

As far as Mr. Modi is concerned, this Howdy Modi publicity will do a lot of good to boost his image; perhaps, more in India than in USA.

While this Howdy Modi event is significant as far as it goes, one cannot but conclude that it is just hyped media noise, as far as India is concerned where little assessment is made by Indian media regarding the long term significance of this event for US-India relations.