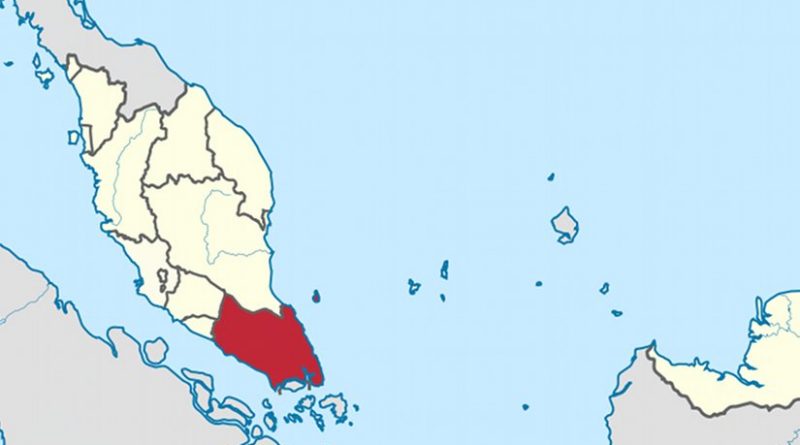 So, Johor, Malaysia’s mots southern state wants to leave Malaysia. It is the third, after Sabah and Sarawak, planning to leave a county plagued with massive corruption under the current administration of Najib Razak.

But with Johor, I am confused.

As a life-long student of globalisation, politics, and nationalism, I have always thought that acts of secession throughout history have always been ones of blood-letting and life-giving and the struggle of nationalists or freedom fighters crafting their idea of nationhood through bloody or bloodless revolutions.

But it is always about the ‘peoples’ of one ethnic group wanting to be free from the shackles of oppression and poverty and cultural and racial humiliation imposed by the ‘majority’ (or even minority, as in apartheid South Africa) or more powerful people ruling them. Ireland, Scotland, Bolivia, India, or even the original 13 colonies of the United States come to mind. Or Palestine. Or Montenegro.

But Johor, Darul ‘Expensive’? A wealthy state heavily invested by billionaire-investors from China? A state whose interest now is to get wealthy Singaporeans to live there and work in Singapore, skyrocketing the price of property? A state whose people are happy with Legoland , brand-name premium outlets, proposed Disney Johor, and mega-profit-generating football-culture-industry?

Johor – a state with ethnic diversity as diverse as the composition of Malaysia itself – wishing to secede? What is a ‘Bangsa Johor’ anyway – a word of late coined? I have only heard of Bangsa Malaysia.

Malaysians reading this are either laughing or actually taking it very seriously. I don’t know. I know Texas wanted to leave the United States when Barack Obama was elected president. Americans laughed at the Bush family-dominated oil-rich state. Now talk of leaving the union is no longer heard. The Bushmen of America has stopped talking about wanting to be divorced.

Okay, there is a provision for Johor to leave. It is said that the constitution is ‘silent’ on the wish for states to leave, opening up the possibilities for Malaysia itself to collapse and disintegrate into smaller states. But, granted that the Najib Abdul Razak regime has messed up this country big time, beyond repair in all the glory of utter ridiculousness, to the brink of bankruptcy inching to be like Greece, Malaysia is still not Israel.

The idea of Malaysia is a beautiful one; especially when we can still argue and debate the provisions under the constitution and under a better and more no-nonsense government yet to come, we will be a benevolent nation-state obligated to ‘share the wealth’.

That is the philosophical idea of federalism vis-a-viz state autonomy. This is what the fight against the Malayan Union was also about; one in which the Malays themselves mounted to save their traditional rulers who still enjoy the wealth, power, and prestige till this day.

Not that I love Johor less, but I love Malaysia much more and appreciates the beauty of all the states and see that poorer states can benefit from the progress of others and learn from good governance. I see Malaysia as a showcase of how these different ideologies impact institutions and how ideological state apparatuses are used.

Today the gap between the rich and poor in Malaysia is a hideous picture. Not only there are states that are extremely wealthy, but within the states themselves, classes of people are produced; there is the 1 percent and the 99 percent occupying each. There are homeless people and there are those with homes more than enough and big enough to park 10 monster luxury trucks.

That’s hideousness in the way we have evolved as a nation, when our pledge in the Rukunegara (Principles of Nationhood) is that two-pronged strategy – redistribute wealth eliminate poverty and not to develop economically along racial lines/identifications.

It is unacceptable to see people begging and homeless in Sungai Petani, Kedah and Kangar, Perlis when in Johor Baru and Shah Alam, folks with big bikes ride the highway arrogantly begging for attention to acknowledge their love for Marcos-type conspicuous consumption.
That is the image of hideousness, and if we measure it by the teachings of Muhammad, who left the world with only ‘three dinars’ and an empire of faith, that is not acceptable and tantamount to mass anger the magnitude of the Iranian Revolution.

Did the teachings of Jesus, Siddhartha, Kung Fu Tze, Lao Tzu, and the Hindu philosophers too encourage Malaysia to become a nation of corrupt and arrogant leaders and install an economic and political system meant to kill one another?

I for one am sickened reading about those in power displaying wealth and using wealth to display power arrogantly and to buy more influence and power and to show others that money rules.

I for one am sick of reading about world’s monarchy especially in those so-called Islamic countries parading wealth as if they are the neo-Pharaohs of this post-Apocalyptic-Third Worldish world; arrogantly displaying their hundreds of luxury cars and monster trucks and monster bikes, whilst the poor and subjugated rakyat salivates like Pavlovian animals in amazement and wonderment of why god is so just in granting such ‘divine rights’ to kings.

So hideous it makes me want to watch reruns of Monty Python movies all day – especially the scene of the annoying peasant in ‘Holy Grail’.

No, we need a better Malaysia and not one progressively fragmented that one day, even a small and insignificant state such as Perlis that had only one traffic light in the 70s would want to leave Malaysia and join the kingdom of Padang Besar and become a new nation and fly a flag at the United Nations.

That would lead to the birth of a new and for sure sovereign state called PADANG MELANGIT, complete with a new national anthem ‘Lucy in the Sky with Diamonds’ borrowed right from the Beatles, just like how Malaysia’s ‘Negara Ku’ is borrowed from ‘Terang Boelan’, a Hawaiian under-the-moon-joget song.

Visiting my homies as ‘foreigners’?

I hate to think that one day my homies in my old crib in that gangsta-rock-dangdut city of JB will one day be given ‘foreign passports’ and I will visit them as foreigners!

Or I might even have to climb a Mexican border-type of wall trying to seek asylum in a state I used to have fun in, going to the semejid, makan semekut, eating ikan semilang, and at night when it is cold, I use the gebor my mother would get from the gerobok, and I would then have a nice dream of why the world is so violent with all the gobloks running nations!

I love you Johor, but I love Malaysia more. Stay calm and stay there with humility, at least for now. There is a process and issues of practicality to this pipe dream, if you ask political scientists on how to go about being freed.

As for now, the idea of ‘Bangsa Malaysia’ is still the nobler – compared to a bangsa of this or that state, rebelling without much substantive reason, except for perhaps an age-old sentiment turned into an agreement but arguably nullified after the shouts of independence.

Come back to our senses. Johor is a very beautiful state. But keep calm. Think Malaysian, always.

Home » With Johor Wanting To Leave Is Malaysia Disintegrating? – OpEd