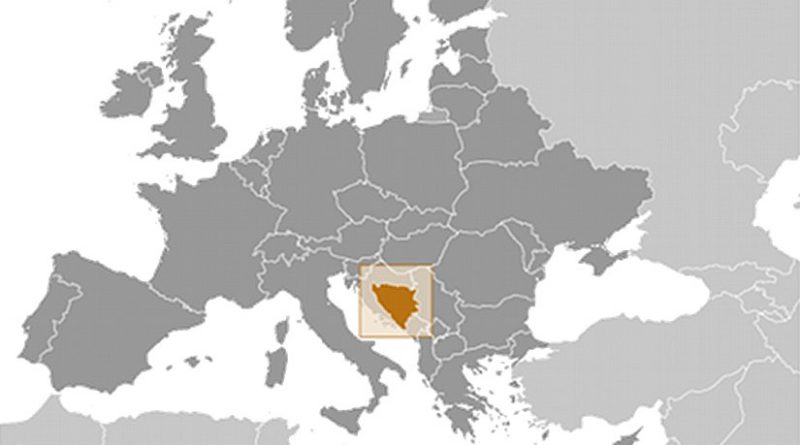 Intelligence sources believe some of the 11 men arrested on Tuesday in Bosnia’s Federation entity were planning a terror attack on or around New Year’s Eve.

Marina Zovic, the spokesperson of the Bosnian Federation police, which conducted the raid, said that the 11 men were arrested for connections to terrorism and terrorist groups.

“They are suspected of inciting and preparing a criminal act as well as enlisting people to go fight abroad,” Zovic said.

The names of the suspects have not been revealed officially but sources in the Bosnian prosecution – which ordered the arrest – named them as Kemal Muric, Adis Kesan, Elvir Muratovic, Elvir Masic, Admir Ahmetovic, Semir Salkovic, Zulfo Alajbegovic, Bilal Dervisic, Edin Tabakovic, Darko Peco and Nermin Cuprija.

Bosnian prosecution spokesperson Boris Grubesic told BIRN that the police will hand the men to prosecutors on Wednesday who will question the suspects and decide whether to file a custody motion by Thursday.

The prosecution said that around 15 persons were targeted in total and, along with the arrests of 11 men, several houses and two “places of religious gatherings of radical persons” were searched.

“During the raids we found certain evidence that indicates connections to ISIS structures,” Grubesic said.

He added that part of the raid was conducted in Rajlovac, the suburb of Sarajevo where a man shot dead two soldiers a month ago.

On November 18, Enes Omeragic, 32, killed the soldiers near a betting shop in Rajlovac before committing suicide.

The attack was called a terrorist act although no connection between Omeragic and terrorist networks operating in Bosnia has been established.

“The police and prosecution had information that at least some of the suspects could do ‘something concrete’ by the end of the year, considering that people from this ideological circle usually object to celebrations of New Year, so there were indications that they might be involved in planning something at a celebration where there could be a big group of people”, he said.

Bosnian media also quoted unnamed sources in the intelligence services as claiming that the arrested men were planning an attack on New Year’s Day.

The prosecution also said the raid was the result of work of just one prosecutor working on terrorism cases, and that, after eight new prosecutors start working in January, the “work will become much faster and efficient.

“The new prosecutors will help coordinate the work and coordination of police agencies. In many cases, the activities involve a large number of suspects who are connected to terrorist activities and radicalization and organizing the travel of Bosnian citizens to fight in Syria or Iraq,” Grubesic explained.

The prosecution had been warning for months that it lacks the manpower to handle terrorism cases properly, which is why the High Judicial and Prosecutorial Council named eight new prosecutors to work on these investigations.