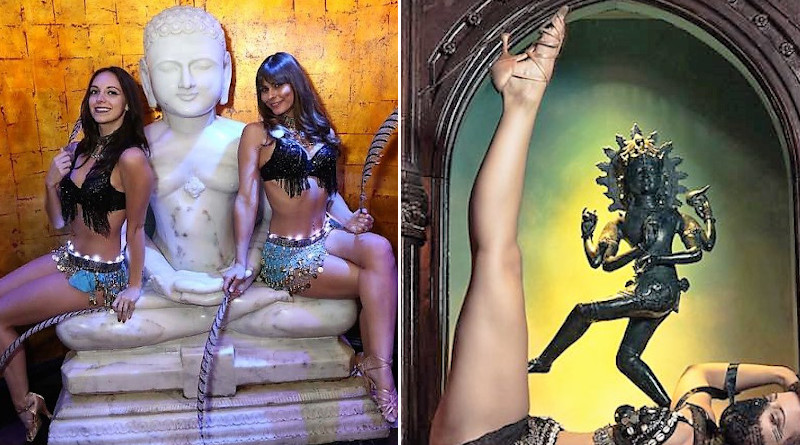 Karcher-Zed-Fisher-Beyer-Jain urged William Hornbuckle and Paul Salem, Acting CEO and Board Chairman respectively of MGM Resorts International, parent company of Mandalay Bay Casino, to offer a formal apology to Hindu and Jain communities for this insensitivity.

Rajan Zed, who is President of Universal Society of Hinduism, pointed out that Hindu deities Lord Ganesha, Lord Shiva, goddess Saraswati, etc.; were meant to be worshipped in temples or home shrines and not to be thrown around loosely in a casino night club for dramatic effects or mercantile/other agenda. Such denigration of sacred deities was hurtful to the devotees.

Sulekh C. Jain stressed that pratima (statue) of Lord Mahavira belonged in a temple for veneration and not to be misused or mishandled by the patrons of a night club. He suggested that the Mandalay Bay Casino could donate it to a Jain temple and the Jain community would gladly pay for its transportation.

Symbols of any faith, larger or smaller, should not be mishandled, Zed noted.

Karcher-Zed-Fisher-Beyer-Jain further said that they, the faith leaders, were for free artistic expression and speech as much as anybody else if not more. But faith was something sacred and attempts at trivializing it hurt the followers.

Description of Foundation Room, whose tagline is “Good Karma Awaits”, includes: Immerse yourself in our DEITY dancer experience; party the night away amidst the Vegas lights with these out of this world Nightlife Goddess’s; who add the perfect touch of high-class debauchery”. This “luxurious den for the city’s elite to socialize, scandalize, and sip in high style”, located on 63rd Floor of Mandalay Bay, operates from five pm to three am.