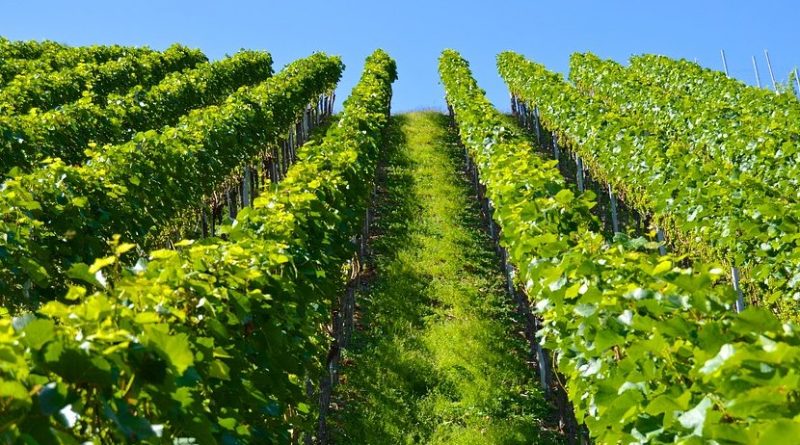 Balkan wines have been making inroads on the global wine scene in recent years. But a surplus of unsold wine due to the COVID-19 pandemic could prove devastating.

Under a hot sun, a rocky path winds up a hillside to century-old vines that testify to a long history of winemaking in Zupa, southern Serbia.

In years gone by, the songs of grape-pickers echoed through this picturesque region and each village in it boasted its own poljana, a traditional cottage where locals made and stored wine.

The poljana are not used anymore, and far fewer people in Zupa now make a living from wine. But the craft has undergone a revival in recent years and a younger generation of winemakers has emerged to continue the tradition of their ancestors.

Zupa is among a number of Balkan regions that have claimed a spot on the global wine scene, impressing connoisseurs with their autochthonous grape varieties and specific wine styles shaped through centuries.

Their success, however, is suddenly under threat from the impact of the COVID-19 pandemic.

In Serbia, the Association of Winemakers and Vinegrowers says wine sales plummeted between 30 and 50 per cent in the first half of 2020 – when the country joined the rest of Europe in total lockdown – compared to the same period last year. In North Macedonia, sales of domestic wines dropped by 80 per cent during the lockdown, according to ‘Wines of Macedonia’, an association of winemakers.

Serbian wine critic Igor Lukovic told BIRN: “When all this over, there will be full tanks and warehouses of wine that should have been drunk much earlier.”

Help for some, but not all

In the Balkans, some winemakers will likely fair better than others.

As members of the European Union, Slovenia and Croatia are benefiting from a package of measures adopted at the end of April to help the wine sector weather the coronavirus crisis, including the use of additional capacity to store surplus wine and so-called ‘green harvests’ by which producers are paid to discard grapes.

In the rest of the region, however, warehouses are full after a particularly good harvest last year, meaning there is little room from this year’s crop.

Efforts by big producers in wine giants Italy, Spain and France to offload large stocks of wine have driven down prices in Western Europe by more than 25 per cent, with a spillover effect on winemakers in North Macedonia, Montenegro and Croatia who sell a significant portion of their product on foreign markets.

Some winemakers complain authorities have done little to help the industry.

“Absolutely nothing was done by our government,” said Josip Brkic of Brkic Winery, a well-known winemaker in Citluk, southern Bosnia and Herzegovina. “The wineries were left entirely to themselves,” he said.

Brkic said he had focused on ‘yield control’, limiting production of the best quality wine. As an industry, winemakers in Bosnia have called for a ban on grape imports from North Macedonia and Kosovo. Such imports are not allowed under Bosnian law, but in reality grapes are commonly imported as table grapes and subsequently used to produce wine.

Brkic said that, while no formal action has been taken, “in practice there are attempts to delay import of grapes so they eventually give up.”

There is a similar situation in Kosovo, while in Montenegro consideration is being given to how to handle a large surplus of wine, not least because the largest winery in the country – Plantaze – is still state-owned and a major exporter.

In Serbia, which applied one of the strictest lockdowns in March and April, wineries were able to make use of state aid to pay salaries and delays in tax payments. Here too the industry has called for a ban on the import of wine grapes, but a change to the law could yet take months.

“It is best for winemakers who have too much wine to think of ways to sell their fresh white and rosé wines as soon as possible, even with reduced prices or investing in promotional sales through market activities, festivals, fairs and increased marketing,” said Lukovic, the Serbian wine critic.

“Now is the time for the support of the state… which should already support Serbian winemaking with tax relief and direct and fast subsidies relieved of bureaucratic obstacles, as well as a broad and well-articulated campaign that would bring domestic consumers even closer to the now unquestionable quality of wine produced in Serbia.”

In North Macedonia, Milosevska said vinegrowers – of which there are some 100,000 in the country – were asking the state to subsidise the price of grapes. Winemakers also want direct state support to promote their wines abroad.

Milosevska said that, while all wineries were feeling the effects of the pandemic, “the perception is that small wineries are affected more by this situation because they are less represented in large supermarket chains and mostly sell their wines through HORECA [the hospitality industry] or directly from the winery.”

On the other hand, she said, “small producers can adapt more easily to the new situation without much pressure because they don’t have large stocks and expect to buy less grapes in the forthcoming harvest.”

The pandemic’s huge impact on the global tourism industry has had a knock-on effect on wine sales; in the Balkans, Montenegro and Croatia are heavily dependent on tourism, and their winemakers equally reliant on sales to tourists tempted to try the local bottle, but far fewer tourists have made the trip this year than last.

Conversely, staycations in Serbia, Bosnia and North Macedonia may provide a lifeline for winemakers as Serbs, Bosnians and Macedonians turn to the local tourist offering and, therefore, local wines.

Wineries across the region have turned to the Internet and online sales, with some launching delivery services.

Slovenian wine expert Bruno Gabersek said he did not expect a steep rise or fall in the price of Slovenian wines in the hospitality sector, “but there is a danger for retail outlets that larger wine cellars will cause a collapse of the market with extremely low, dumping prices.”