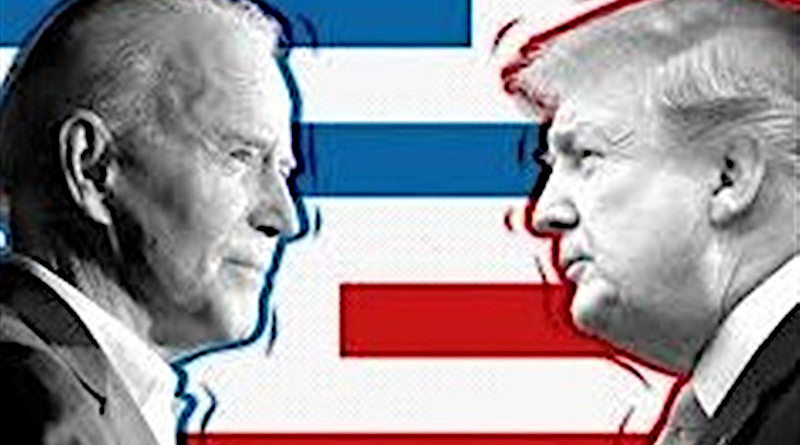 The Affordable Care Act or Obamacare was a historical initiative in an effort to reduce income inequality at least to some extent in a capitalist country like the USA. In this policy people of higher-income group would pay higher premium than what it should be and lower-income people would pay less premium but both the groups would receive the same services. The idea is that the excess premium paid by the higher-income group would offset the amount left over after deducting the sum they paid from what the insurance is worth. The state also offers cost assistance to those who could not afford a plan on their own.

The Affordable Care Act was signed into law by President Barack Obama in 2010. This Act is described as a major overhaul of the U.S. healthcare system reducing the amount of uncompensated care the average family pays for. Donald Trump has been trying to repeal Obamacare since he took the office. It essentially means that Trumps’ stand is in favour of the rich against the poor. In fact, it was Trump’s election pledge to repeal the Obamacare, that is, it is the rich people mainly who voted him to power. His efforts to repeal the Act has continued ever since. If the majority of the judges in the Supreme Court finally gives their supports in favour of repealing the Act, 20 million Americans’ insurance would be canceled, which would bring endless distress in their lives. House speaker Nancy Pelosy described this initiative as ‘immeasurable cruelty’.

A segment of influential industrialists is denying science continuously in the matter of environment. They are denying the findings of the environment scientists calling it an exaggeration and Donald Trump is one of them. Almost 200 countries have signed the Paris Climate Agreement in an effort to reduce carbon emission but Donald Trump has refused to sign it. The same was done by George W Bush. In March 2001, shortly after taking the office, he withdrew America from the Kyoto Protocol, an agreement brokered by former Vice President Al Gore and signed by former President Bill Clinton, later ratified by 140 countries aimed at curbing greenhouse gas emissions and countering global warming.

In 2005 President Obama committed to reducing gas emission by 28% by 2025. The Election of Donald Trump as President has shattered that aspiration. However, some state governments and some organizations of industrialists rejected Trump’s stand and expressed their solidarity with Obama’s commitment. It is easily comprehensible how urgent it is to protect the environment and save the future generation from destruction when we see some business organizations try to reduce carbon emission. Trump has not only stood against the interest of the citizens of his own country but also has been out there to foil any global initiative to reduce carbon emission.

Where as life in the modern times is dependent on science & technology and any educated person tries to live in science, Donald Trump has denied science and terms the climate science as unreal and untrue. To him climate science is a matter of ridicule. He mocked Time’s person of the year and the 16-year-old climate activist Greta Thunberg and called her movement ridiculous, which angered people all over the world. During pandemic Trump suggested to inject disinfectant in body to protect from corona virus, which created a quick repercussion in American Medical Association and the companies producing disinfectants, and warned against doing any such things. It also angered the people in general in America.

When the world is passing a critical time caused by the pandemic and developing countries need all kinds of help, Donald Trump withdrew American membership from the World Health Organization with the accusation that the organization was doing everything in the favour of China although no independent organization found any proof in support of his accusation. Donald Trump has been continuously accusing China of creating the corona virus in laboratories and spread it to the rest of the world. Again, no independent organization found any proof for his claim.

The slogan ‘putting America first’ seems to sound good for America but there are caveats. At least in papers the US believes in free market economy; therefore, it cannot impose taxes on imports from China or any other country but it does. Moreover, if American products can enter the markets of developing countries, labour from the developing countries should be able to enter the US market without any barriers but that didn’t happen. The US is a country which gives prescription to other countries, ‘teaches’ others democracy, mediates between countries when they are at loggerheads. As long as America continues to do that, ‘putting America first’ is unjust, discriminatory and unfair.

Exercising the power of executive orders is clearly not a democratic practice. Everything should be discussed elaborately in both of the houses, and then passing them from the Senate is the democratic norm. But Donald Trump does not care to follow the democratic practice. He has exercised the power many times since he took the office. Just 3 days after taking the office he withdrew America from Trans-Pacific Partnership pact, which was signed by President Obama. Recently, following the death of Ruth Ginsburg the position of a judge in the Supreme Court becomes empty. When the next election so close the President should not appoint a new judge. The job should be done by the newly elected president. But Donald Trump already appointed Judge Amy Coney Barrett to the Supreme Court, who cherishes strong Christian values in the matter of abortion, health care, gay and transgender rights and other issues. It means, her appointment is going to usher in a new era of socially conservative jurisprudence. Because of Trump’s undemocratic practices, as of 25 May this year, 415 officials at Trump administration either were sacked or resigned so far, which is a record in American history. Very recently, Olivia Troye who worked as an aide to the COVID-19 task force resigned. She criticized Trump’s handling of the pandemic, saying, “If the president had taken this virus seriously, or if he had actually made an effort to tell how serious it was, he would have slowed the virus spread, he would have saved lives.”

Quite a number of times President Donald Trump has made remarks which shows his anti-Muslim bigotry and Islamophobia. It means, he is completely devoid of modern values. He does not know that he can criticize a religion but cannot denounce the people belonging to it. He doesn’t know that everybody belonging to Islam, doesn’t support Al-Qaida or ISIS or the concept of Islamic Caliphate or Sharia Law. Generalization of a community is an ancient culture. Donald Trump also made derogatory remarks about women making him unfit to represent people in the modern society.

Wahhabism is one sect of Sunni Muslim and which is backed by Saudi monarchy, has established Islamic organizations and foundations all over the world and spent 10 billion dollars in the past 4 decades. These organizations promote terrorism in countries. Donald Trump has stood as a friend of Saudi Arabia. In 2018 when Saudi citizen, Jamal Khashoggi was brutally murdered at the Saudi embassy in Istanbul under the direct order of the Saudi Prince, the whole world burst into anger. England, Germany, France, Sweden and many other countries put an embargo on arms export to Saudi Arabia but Trump rather made a new deal of arms export to the country. Even after CIA revealed that the murder of Jamal Khashoggi was done under the directives of the Saudi prince and the Senate proposed to take measures against Saudi Arabia Donald Trump’s stand didn’t change.

After Trump came to the power there were rounds of talks and negotiations between the US, Canada and Mexico, and reached a trade agreement where the Canadian government relaxed its terms succumbing to Trump’s illogical demands. The agreement came into effect form the 1st of July this year. But suddenly Trump announced new tariffs on the import of 10 products from Canada in the first week of August. This time Canada remains strict and announced retaliations. In the first week of April this year when the whole world going through a pandemic, Mr. Trump directed the US companies to stop exporting N-95 masks to Canada and Latin American countries. Again, Canada’s Prime Minister declared that ‘America must send us masks which we had already paid for’. During the pandemic the domestic demand for Hydroxychloroquine in India increased significantly. And India decided to stop its export for time being. But following Trump’s threat of retaliation India was compelled to resume its export to the USA.

Home » Friends And Foes Of Humanity: Donald Trump Is On Which Side? – OpEd