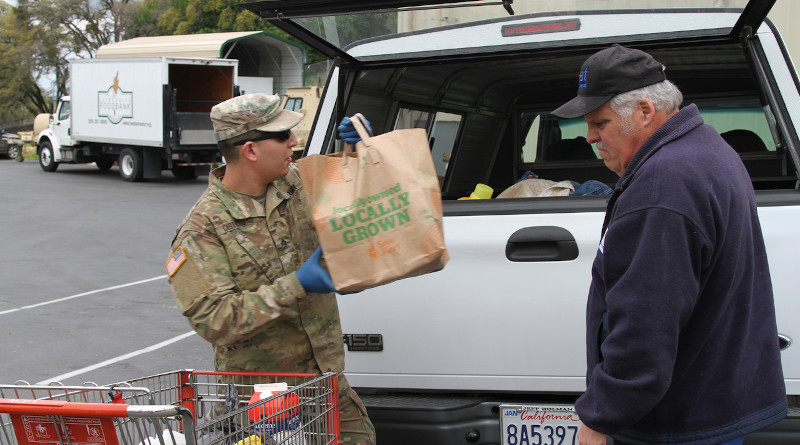 Nearly 10,000 National Guardsmen called up across the United States, with more expected soon, are performing a variety of missions in response to COVID-19 pandemic response efforts.

Some are even federally funded, though they remain under the control of their respective state governors, but none of those Guardsmen are involved in law or quarantine enforcement, the chief of the National Guard Bureau said.

“There’s no discussion, … there’s no plan to use the National Guard in Title 32 or state active duty status or in any other status to do quarantine [enforcement] or enforce shelter-in-place operations,” Air Force Gen. Joseph L. Lengyel said during a telephone news conference.

Though it’s possible the National Guard could be used in such a capacity if governors ask the Guard to do so, the general said, that has not happened.

“Once again, [there is] no plan to use the National Guard in any kind of large-scale lockdown capacity of the United States of America,” Lengyel told reporters.

Rather, he said, guardsmen who have been called up are providing transportation, command and control functions, engineering, and planning and logistics throughout the country. In 12 states, he added, Guard members are also either directly administering tests or supporting medical professionals in their efforts. In Arizona, he said, some Guard members are even helping to keep the supply chain afloat for their local communities.

“They’ve got trucks showing up at stores [with] nobody to unload the trucks,” he said. “In some cases, they’re using National Guard members to … assist, if you will, that supply chain, to keep products available to people in the community.”

Lengyel said the federal government is helping out by providing funding to the National Guard at some locations in the United States.

“The president recently approved 100% federal funding for the National Guard in some of the hardest hit states: Washington, New York and California,” he said. That funding, he said, doesn’t mean those Guardsmen are now under federal control. Those Guardsmen remain in support of their governor.

“[The president] left control of the National Guard to the governors and the adjutant generals, who are the people who know best how to apply these resources and people to fix problems in their states,” Lengyel said.

The general said that as the number of Guardsmen called up increases by as many as 1,000 a day, the military and civilian experience inherent in the National Guard will prove that those citizen soldiers and airmen are ideal candidates to assist in combating COVID-19.

“Our combined combat and civilian-acquired skills helps to create a blueprint for an ideal military component capable of addressing a myriad of challenges presented by this COVID-19 response,” he said. “If you need us to drive trucks, fly planes, be mechanics, or plan large response efforts, the National Guard is able to adapt to whatever mission the governor may need us to.”