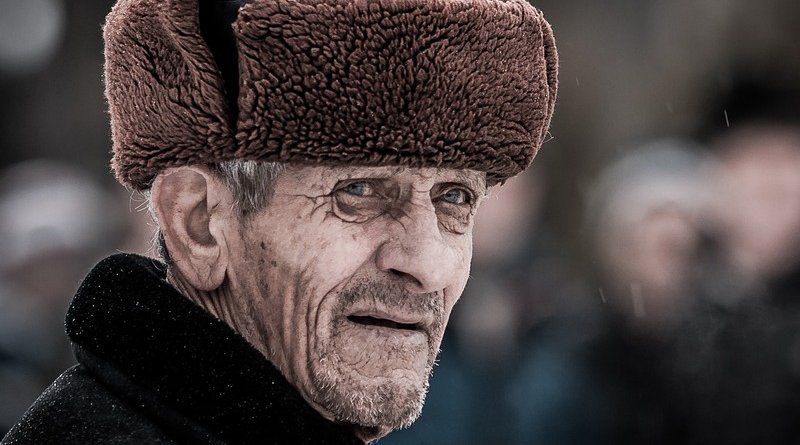 The Russian government is not providing adequate resources for home-based services for older people, denying some of them the ability to live independent and dignified lives, Human Rights Watch said.

Despite legislative reform to enhance these services, their funding and delivery appear to be inadequate to meet the needs of older people in Russia. Insufficient services may leave older people with little choice but to live in a nursing home or other institutional setting, rather than guaranteeing their right to live where and with whom they choose within their community.

“There are significant gaps in the services the Russian government provides to older people at home,” said Jane Buchanan, deputy disability rights director at Human Rights Watch. “When older people in Russia don’t get the support they need, they risk having to decide between living in an institution or in undignified conditions at home. This is a decision no one should have to make.”

With its aging population growing, Russia has taken positive steps toward reforming services for older people. In 2013, Russia passed a law to ensure that older people have access to a broader range of home services. Services can include personal support assistance such as delivery of groceries, payment of bills, food preparation, personal hygiene, or medical services, emergency services, or mental health services.

The law, which entered into force in 2015, says that services should be tailored to an individual’s needs with the goal of enabling older people “to remain in a familiar and positive living environment.”

However, Human Rights Watch’s interviews with 20 older people in Pskov and Sverdlovsk regions, as well as with experts and advocates in various parts of Russia, suggest that despite reform efforts, services often do not go far enough to meet the needs of older people to allow them to live at home with dignity.

Under the law, financing and delivery of home-based services is the responsibility of regional governments. Experts and advocates said that funds were often insufficient to cover the real need for home services, rendering the 2013 law ineffective. Social workers, whose jobs include delivering home-based services to older people, often have heavy caseloads that do not allow them to provide comprehensive services, even if provided for by regional or federal norms. In most cases Human Rights Watch examined, social workers were unable to carry out services beyond delivery of food and medicine.

A 93-year-old woman in Sverdlovsk region, who broke her leg two years ago has pain that makes walking or bending it difficult, said that a social service worker visits her twice a week, primarily to deliver groceries and tidy her apartment. But the woman said that she cannot get into the bathtub without help, rarely eats cooked meals, and receives few visits other than from the social worker.

“I don’t leave my apartment,” she said, crying. “I would love to… Two winters I have not been able to go anywhere. I sit here like I am in prison.” Three social workers interviewed said that they each assisted 16 to 19 people a week. Because of that workload, they said, they were unable to spend more than an hour two or three times per week with a client, and typically could only provide the least time-consuming services such as delivering groceries, firewood, water, or taking out the garbage and paying bills.

Social workers said that if a person had higher support needs and required more assistance, such as with cooking, eating, or personal hygiene, they could only ask relatives for help, pay for services, or move to an institution.

The law also requires older people or their legal representative to request services, meaning that unless older people get adequate information about entitlements, they may not be able to get the support that is available.

According to Russian government statistics, Russia had 37.3 million people over the government pension age, 60 for women and 65 for men (approximately 25 percent of the population) as of January 2020, up from 20.4 percent increase in 2005. The percentage of older people is expected to continue growing in the coming years.

The Russian government spends significantly less for home-based support services than for institutional living costs: according to government statistics, average spending per person in a nursing home is 35,000 rubles (approximately US$472) a month and 34,095 rubles (US$460) in a psychoneurological institution (PNI), compared with an average of 5,889 rubles (US$79) for home-based services.

More than 278,000 people live in state-run residential institutions for older people and people with disabilities in Russia, but there is no publicly available government data on how many of them are older people. Journalists and advocates have reported extensively on the abuses in these institutions, including inappropriate use of psychotropic medication to control behavior, inadequate medical care, and denial of legal capacity.

The Russian government is collaborating with non-profit organizations to improve and expand the delivery of home-based services in pilot programs in 24 regions, with the goal of eventually expanding those reforms throughout the country. The federal government has allocated 1.8 billion rubles (US$24.8 million) from the federal budget for this and related initiatives each year from 2021 to 2023. Human Rights Watch did not assess the effectiveness of the pilot projects.

However, advocates said that the reform’s success in any given region still largely depends on the financial commitments and interest of regional governments, which means the availability of services varies across regions, sometimes significantly. They also said that longer-term federal funding and legislative reform were crucial to making reforms sustainable.

The Russian Constitution and national laws guarantee the right to health and social security to secure conditions for a dignified life. Russia also has obligations under international law to ensure the rights to an adequate standard of living and to physical and mental health. It should also protect the right of people with disabilities, including older people with disabilities, to live independently in the community with support.

The Russian government should ensure that all older people receive the support they need to live at home, if that is their choice, with dignity and autonomy. It should ensure that regional governments have sufficient funds to provide adequate support services on a long-term basis and improve and standardize training of social workers and other service providers where needed.

Federal and regional governments should improve and expand the types and availability of social services provided to older people and take measures necessary to ensure that sufficient numbers of social workers are available to provide support services for as much time as required. The government should also require service providers to do more outreach to older people to inform them about available services to ensure that those most in need of support can get them.

“Russia has taken important steps toward improving home-based support for older people, but there is a risk that those reforms will exist only on paper if they are not accompanied by better financing and more regulatory reform,” Buchanan said. “The Russian government should increase funding for reform efforts and ensure that older people can fully enjoy their right to live at home with dignity.”