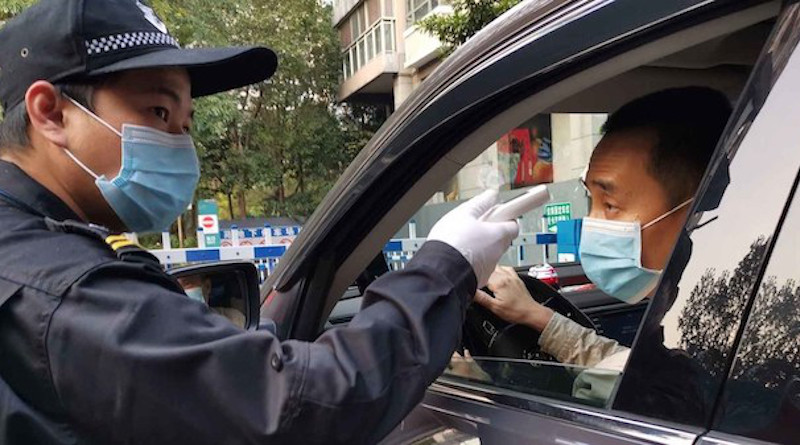 The movement of people in Shenzhen in China, is being strictly controlled during the coronavirus outbreak. Credit: Man Yi

A sudden increase in new cases of COVID-19 is of concern, but the spread of coronavirus is not yet a pandemic, maintains the head of the World Health Organization (WHO).

“Does this virus have pandemic potential? Absolutely, it has. Are we there yet? From our assessment, not yet,” WHO Director-General Tedros Adhanom Ghebreyesus told journalists in Geneva on February 24.

He explained that the decision to use the word ‘pandemic’ is based on an ongoing assessment of the geographical spread of the virus, the severity of disease it causes, and the impact on society.

COVID-19 first appeared in December 2019, in the Chinese city of Wuhan, the epicentre of the outbreak.

A joint WHO-China mission has concluded its work, after travelling to several provinces, including Wuhan.

It found that the epidemic peaked and plateaued between 23 January and 2 February, and has been declining steadily ever since.

The WHO chief described the sudden increase of cases in Italy, Iran and South Korea as “deeply concerning”. He stressed the need to focus on containment “while doing everything we can to prepare for a potential pandemic”.

Also on February 24, UN Secretary-General António Guterres issued a strong appeal, urging all countries to do their part to fight the spread of COVID-19.

“The disease is still possible to be contained,” he said, speaking at a press conference in Geneva alongside the WHO chief.

“But if some fail, if some do not do everything that is needed, this can still become out of control with dramatic consequences in global health and in the global economy.”

The Secretary-General also encouraged countries to fully fund WHO appeals to respond to coronavirus and other challenges, including the ongoing Ebola outbreak in the eastern Democratic Republic of the Congo.

The WHO chief spoke to Singapore’s Minister of Health on February 17 and said: “we are very impressed with the efforts they are making to find every case, follow up with contacts, and stop transmission”.

“Singapore is leaving no stone unturned, testing every case of influenza-like illness and pneumonia.”

So far, they have not found evidence of community transmission.

He also spoke to the Minister of Health of Malaysia to discuss the Westerdam case and other aspects of their preparations.

Before Cambodia allowed it to dock, the Westerdam cruise ship had been stranded at sea – turned away by five places in Asia  because ports worried that passengers may transmit the coronavirus.

“These signals show the importance of all countries being ready for the arrival of the virus, to treat patients with dignity and compassion, to protect health workers and to prevent onward transmission,” said the head of WHO.

With WHO support, many countries are taking steps to prepare themselves.

“We’ve shipped supplies of personal protective equipment to 21 countries and will ship to another 106 countries in the coming weeks”, Mr.Ghebreyesus said.

Meanwhile, some countries in Africa, including the Democratic Republic of the Congo, are leveraging the capacity they have built up to test for Ebola to test for COVID-19.

“This is a great example of how investing in health systems can pay dividends for health security,” said the WHO chief.

Other countries, like Namibia, Nigeria and Timor-Leste, are running workshops with the media to ensure accurate and reliable reporting.

At the same time, several countries are prioritizing surveillance and monitoring at ports of entry, including Bangladesh, Cambodia, Ethiopia, Pakistan, Serbia and South Sudan.

“We’re also working with partners in some of the most fragile contexts, from Syria to the Central African Republic to prepare countries for the arrival of the virus,” he said.

“We still have a chance of preventing a broader global crisis,” concluded Mr. Ghebreyesus. “WHO will continue working night and day with all countries to prepare them.”

Home » Coronavirus ‘Not Yet A Pandemic’ But Affects 28 Countries – Analysis