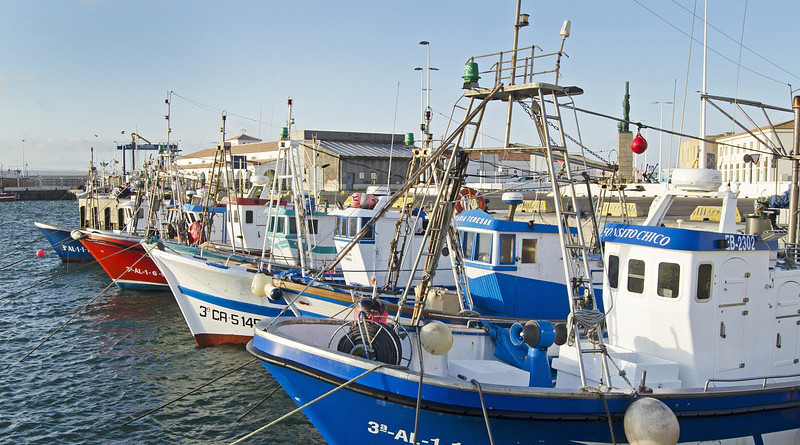 Spain is bedding down its contribution to the priorities established in national and international regulations on marine conservation. This is one of the conclusions gleaned from a technical report that analyses the results of 175 marine projects co-financed by the Biodiversity Foundation of the Ministry for Ecological Transition and Demographic Challenge in recent years.

The study concludes that these projects have a direct effect on the application of European legislation regulating the protection of biodiversity, including the EU Birds and Habitats Directive, and the UN Convention on Biological Diversity and the Strategic Natural Heritage and Biodiversity Plan for Spain 2011-2017.

Along this line, it also points out that they are “soundly aligned” with the search for a “Good Environmental Status by 2020” under the European Union Marine Strategy Framework Directive.

Governance, the protection of habitats and species, the effective management of marine spaces and innovative focuses are the main issues addressed from among the 26 broad commitments taken on by Spain. The marine projects analysed also follow these patterns, particularly LIFE INTEMARES, which responds “precisely” to the priorities established by international conservation policies.

This European Project, coordinated by the Biodiversity Foundation of the Ministry for Ecological Transition and Demographic Challenge, advances towards a shift in model to achieve the effective management of the marine spaces under the Red Natura 2000 [Nature Network 2000]. The participating partners include the Directorate-General of Biodiversity, Forests and Desertification of the same ministerial department; the Spanish Institute for Oceanography; the Spanish Confederation of Fisheries; SEO/BirdLife and WWF Spain. It is backed by a financial contribution from the European Union’s LIFE programme.

This diversity of partners and beneficiaries that work on the study, planning and coordinated management of the marine spaces under the Red Natura 2000 in Spain constitutes one of the most highly rated aspects at an international level of LIFE INTEMARES, which underlines it as a case study and an example of governance, according to the report.

As well as seeking to establish the marine spaces under the Red Natura 2000 in Spain, the project addresses some of the more complex issues, such as participative planning, integral marine governance, the sustainability of productive activities and adaptive management based on science. The report highlights this as an advancement that is greater than that achieved by most countries in the world.

By having achieved protection of close to 13% of the marine surface area, Spain is one of the few countries that have passed the threshold of coverage committed to under the UN Convention on Biological Diversity (CBD), established at 10%. At a global level, the current average coverage stands at 7.4% and has some major voids in representation, according to the analysis.

As defined by the government in the Declaration of Climate and Environmental Emergency, the efforts are aimed at achieving a level of protection of 30% by the year 2030, through the declaration of new protected marine areas that are managed effectively, following the European Union’s Biodiversity Strategy. 10% of these spaces must be designated under the figure of integral protection, without human activity or impact. This type of area in Spain only accounts for 0.2% of the protected marine surface area at present.

For this reason, participative processes are being carried out through LIFE INTEMARES to draw up management plans for all the protected marine spaces, and an analysis is being drawn up of the insufficiency of the declaration of marine spaces within the framework of Red Natura 2000.

This report has analysed 175 marine projects co-financed by the Biodiversity Foundation through a general round of proposals for aid and the Pleamar Programme, which includes a contribution from the European Maritime and Fisheries Fund (EMFF). The beneficiary organisations of the projects are 50% NGOs, followed by universities, public research centres and producer associations.

The five marine demarcations have received attention that is proportional to their surface area, with certain predominance in the Gulf of Cadiz and the Mediterranean Sea. Two out of every three projects are related to marine spaces under Red Natura 2000 and the same proportion are undergoing research into species. Among the faunistic groups, noteworthy work is being down on cetaceans and marine turtles, followed by birds. Marine habitats also stand out as one of the most attended issues.

The thematic scope of the projects has also evolved. The number of initiatives focused on conserving emblematic species has dropped to one third in recent years. In contrast, the coverage of more cross-cutting goals has increased – and in some cases doubled – such as fisheries, participation, citizen science, voluntary work, the state of marine conservation and their main impacts.

53% of the marine projects have taken steps towards integrating sector policies, particularly by working with the productive fisheries sector and with coastal tourism, dealing with such pressures and impacts as noise, pollution and aquaculture. The projects approved within the framework of rounds of proposals for subsidies under the Pleamar Programme particularly focused on the environmental sustainability of aquaculture, and fisheries have played a major role in these achievements. Also noteworthy are the synergies generated by the presence of CEPESCA and the proximity to the National Federation of Fishermen’s Guilds in the LIFE INTEMARES project.

Among the main challenges of the marine project is the need to build on developments made, recover disperse information and summarise and transfer results. Greater application of the results of the research in the management of the marine environment is also advisable.

According to the analysis, it is also necessary to cover the least dealt with priority issues, such as participative planning, pilot projects where a governance structure is defined in protected spaces and essential resources for their management. It also stresses the need to boost environmental education.

Other issues called for by international organisations and which require greater coverage are ecological connectivity between spaces, sports fishing, the establishment of monitoring and surveillance systems, and networking and the exchange of experiences.

While the saccharine continues to ooze from the mainstream media for the incoming Biden administration, the real iron fist of what