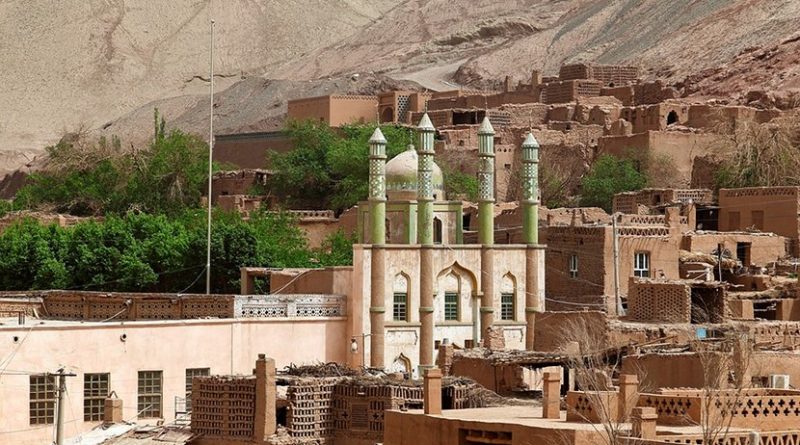 A mosque in Xinjiang, China.

China has been systematically processing and “brainwashing” hundreds of thousands of Muslims in prison camps across its far western Xinjiang region, according to leaked documents obtained by an international group of journalists.

The Chinese government documents, described as a manual on how run the mass detention camps, contradict Chinese claims that they are for voluntary education and training and instead detail how inmates are incarcerated, indoctrinated and punished.

Dismissed as fake news by Chinese authorities, the documents were acquired by the International Consortium of Investigative Journalists (ICIJ), a Washington DC-based global network of more than 220 investigative journalists.

Experts such as James Mulvenon, director of intelligence integration at SOS International LLC, an intelligence and information technology contractor for several U.S. government agencies, said the documents, dubbed “The China Cables” by the ICIJ in its report, looked “very authentic.”

They “adhere 100 percent to all of the classified document templates that I’ve ever seen,” he said.

The investigation, conducted in association with 17 media partners, including the British Broadcasting Corporation (BBC), claims to have found evidence which undermines Beijing’s claim that the camps are for re-education to counter extremism.

Over a million people — mostly Muslim Uyghurs — are believed to have been interred in the camps.

The leaked documents include a 2017 memo by Zhu Hailun a top security official and then deputy-secretary of Xinjiang’s Communist Party, to camp administrators.

The memo tells them to run the camps as top security prisons.

Instructions called for strict discipline and punishments and to ensure no escapes take place while detainees are coerced into losing their ethnic and religious identity.

However, because of multiple reports of torture, rape and other abuses from people who have been in the camps, the memo instructs staff to “never allow abnormal deaths.”

The documents also reveal how every facet of a detainee’s life are manipulated and controlled.

“The students should have a fixed bed position, fixed queue position, fixed classroom seat, and fixed station during skills work, and it is strictly forbidden for this to be changed,” according to the documents

Strict discipline and regulations dictate how inmates do routines things such as eating, washing, cleaning and studying are laid out.

The instructions also tell camp bosses how to control disease outbreaks, and when to let detainees see relatives or even use the toilet, the ICIJ said.

The memo also includes the provision — not always enforced, according to some former inmates — that detainees must remain in the camps for at least a year.

It details how detainees should only be released if they can show their behavior, beliefs and language have been transformed.

“Promote the repentance and confession of the students for them to understand deeply the illegal, criminal and dangerous nature of their past activity,” it says.

“For those who harbor vague understandings, negative attitudes or even feelings of resistance … carry out education transformation to ensure that results are achieved.”

Ben Emmerson QC, a leading human rights lawyer and an adviser to the World Uighur Congress, said the camps were trying to change people’s identity.

“It is very difficult to view that as anything other than a mass brainwashing scheme designed and directed at an entire ethnic community,” the BBC quoted him as saying

“It’s a total transformation that is designed specifically to wipe the Muslim Uyghurs of Xinjiang as a separate cultural group off the face of the Earth,” he said.

The memo goes on to say that detainees receive points for their “ideological transformation, study and training, and compliance with discipline.”

This system of punishment-and-reward goes towards determining whether detainees can contact their family or can be released. The latter can only happen if four Communist Party committees are convinced they have been transformed.

One document detailed how about 1.8 million people were screened because they had a data sharing app on their phone called Zapya.

Of them more than 40,000 who used it were considered suspicious or labelled potentially “harmful.”

The dragnet also extends abroad with the documents giving directives to target Uyghurs living overseas or even those who hold foreign citizenship.

The purpose is to identify “those still outside the country for whom suspected terrorism cannot be ruled out.” The document declares that such people “should be placed into concentrated education and training” immediately upon their return to China.

Chinese authorities called the leaked documents “pure fabrication and fake news” and were part of a smear campaign intended to interfere in China’s internal affairs.

The Chinese embassy in London called the Xinjiang detention camps “vocational education and training centers that have been established for the prevention of terrorism.”

In a statement, it said the measures had provided safety for people after many years of terror and claimed there had not been a single terrorist attack in Xinjiang in the past three years.

It also said the camps nothing to do with the eradication of religious groups and that “religious freedom is fully respected in Xinjiang.”

Xinjiang has again turned into a “prosperous, beautiful and peaceful region,” it said.