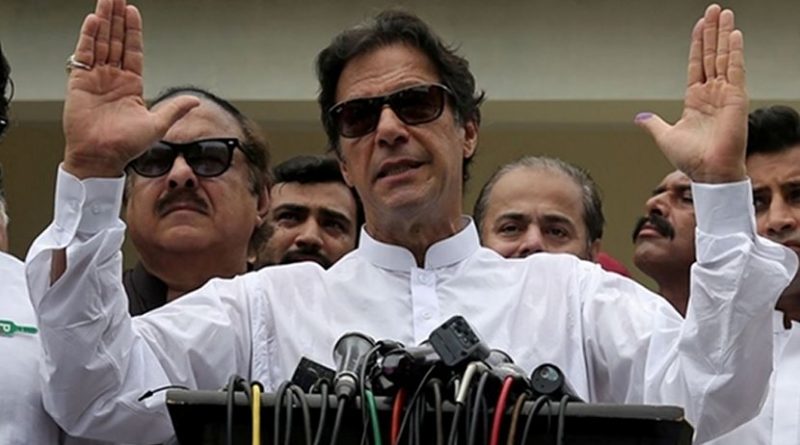 The COVID-19 pandemic has pushed national governments to respond swiftly to critical or emerging social, economic or political exigencies. Leaders around the world have often instrumentalised features in their national constitutions which allow their governments to quickly enact laws that bypass democratic checks. The need to balance the trade-off between efficiency and oversight is now a fundamental political and philosophical problem for practitioners and scholars alike. In the Pakistani context, lawmakers have long been concerned with issues of accountability when it comes to the use and abuse of presidential powers. Recent political developments have spotlighted the urgency of this debate in light of a latest Bill which seeks to place checks on the president’s legislative powers.

Law makers in Pakistan have long been concerned with issues of accountability when it comes to the use and abuse of presidential powers. In June 2020, the Senate Standing Committee on Law and Justice took up a private members’ bill entitled The Constitution (Amendment) Bill, 2020 (Article 89) for examination. This bill was put forward by Senator Raza Rabbani of the Pakistan Peoples Party. The bill proposed to reform Article 89 of the Pakistan’s constitution. The article allows the president to promulgate an ordinance if he is satisfied that circumstances exist which render it necessary to take immediate action. The president can only take this course of action at a moment when neither houses of parliament are in session. The ordinance, once promulgated, has the same binding force and effect as an act of parliament.

Historically, the ambit of the president’s power to promulgate ordinances has been a point of contention. Although Article 48 of the constitution stipulates that the president shall act in accordance with the advice of the cabinet or the prime minister, it is unclear whether this places substantive restrictions on the president’s legislative powers.

The introduction of the Constitution (Second Amendment) Order, 1985 mandated that ordinances which deal with money bills need be laid before the national assembly. The Constitution (Eighteenth Amendment) Act, 2010 also modified Article 89, setting the expiration date of an ordinance to 120 days from its promulgation. The 18th Amendment also barred the president from re-promulgating the same ordinance, meaning that an extension required parliamentary approval.

Article 89, in its current form, however, does not specify a timeframe within which a presidential ordinance must be laid before one or both houses of parliament. As a consequence, an ordinance can be in place for months before it can come under scrutiny, raising serious concerns that the article allows scope for ruling parties to promulgate expedient and self-serving laws without legislative deliberation. This undermines the incentive to build political consensus and encourages delays in presenting an ordinance before parliament.

Indeed, when Imran Khan formed the government in 2018, he showed little interest in engaging with his opposition to realise his legislative agenda. At the outset of his term, Khan declared that since he lacked a majority in the senate, he preferred to run the legislative affairs of government through presidential ordinances rather than through parliamentary processes. His opposition declared that this was nothing short of a display of contempt for parliament and a misuse of the government’s arbitrary powers.

The emergence of the pandemic accentuated existing cleavages between Khan’s coalition government and its opposition. In April 2020, the President Arif Alvi justified the issuance of the Tax Laws (Amendment) Ordinance, 2020 on the basis that it would stimulate the economy and alleviate hardship of the most vulnerable. While tax reforms are an important aspect in the response to the economic fallout of the pandemic, the trouble lies not only with the substance of this law, but also the method in which it was enacted. Article 77 of the constitution stipulates that no tax can be levied except by or under the authority of the act of parliament.

Whether the ordinance violates the constitution has been a subject of debate. However, most distressing for parliamentarians has been the government’s refusal to include the opposition in the negotiations leading up to the promulgation of the ordinance.

The Constitution (Amendment) Bill, 2020 (Article 89) has sought to address such issues. The objects and reasons of the proposed bill note the long history of the misuse of power by the president to promulgate an ordinance. The bill proposes to constitutionally stipulate that an ordinance must be laid in the first sitting of parliament after its promulgation. Otherwise, it stands repealed if not laid in that session. This measure is designed to prevent delays in laying an ordinance before parliament and counter efforts to slow down the legislature’s ability to repeal the law through a resolution of disapproval.

As Pakistan continues to grapple with the pandemic, it is clear that laws need to keep up with the country’s changing needs and circumstances. As the debate on the bill continues, just how to balance the trade-off between efficiency and oversight in the process of law-making is now a fundamental and immediate political and philosophical concern. The debate on the bill also raises important questions concerning the separation of powers in Pakistan and the need to rethink the relationship between the executive and the legislature in a time of crises.

*About the author: Dr Imran Ahmed is an Honorary Associate at the University of New England, New South Wales, Australia, and a consultant with the Institute of South Asian Studies (ISAS), an autonomous research institute at the National University of Singapore (NUS). He can be contacted at [email protected] The author bears full responsibility for the facts cited and opinions expressed in this paper.

Source: This article was published by the Institute of South Asian Studies (ISAS)