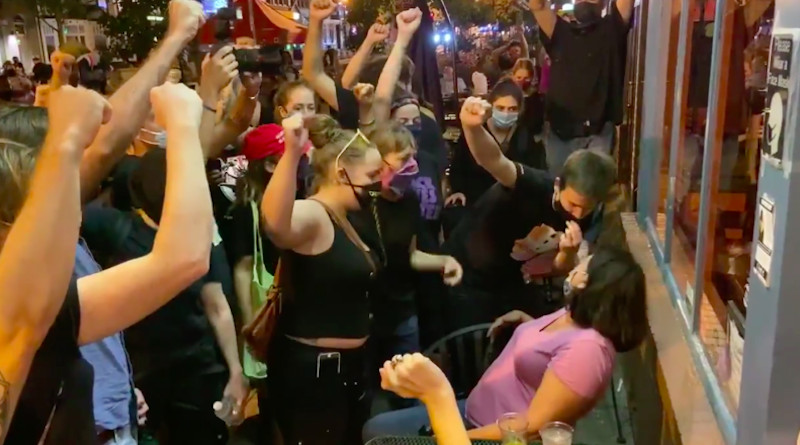 There are hoodlums across America looting and burning down businesses, banging on people’s vehicles while ordering drivers rudely where to drive, bearing down on people to intimidate them into expressing support for this or that cause, and committing other crimes of violence and property destruction.

Many of these hoodlums say things about black lives mattering, white supremacy or systemic racism being bad, reparations for slavery being needed, or some other message related to politics or race. Other hoodlums do not say such things but take their actions while in a group of people, many of whom are saying such.

All that talk concerning politics and race is beside the point. The people taking these actions are hoodlums.

The hoodlums have tended to have the upper hand so far. Victims have been surprised and unprepared to be victims. Victims have figured the acts of violence and property destruction will soon fade away. Victims have thought police would protect them.

Well, the fade away is not happening, and police have often failed to protect victims from harm.

More and more, potential future victims are preparing for confrontation by the hoodlums.

Some of these hoodlums, and the people with them, like to complain about police brutality. They may soon be on the receiving end of brutality, but not from cops.

Hoodlums should expect their violent and property destructive ways to place them in increasing danger. Giving up on those activities can help them protect themselves from danger.

Meanwhile, protesters and other individuals who find themselves in apparent association with hoodlums can also expect that such activity will involve increasing danger. They can practice greater care regarding with whom they associate and where they choose to be. Their safety may depend on it.

Home » Watch Out Hoodlums: Victims May Start Fighting Back Much More – OpEd