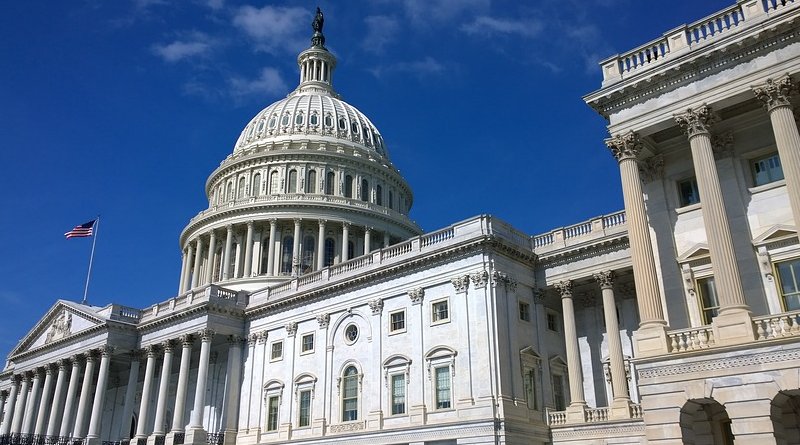 A common belief among conservatives is that Democrats have blundered in their impeachment trial argumentation, that they’ve shot themselves in the foot. Perhaps so. But we should remember that their goal cannot, logically, be to win over the Senate so President Trump can be ousted from office before November.

It would have to be that they want to win the Senate for Democrats in November.

It’s easy believing that the world’s Adam Schiffs and Jerrold Nadlers are ill-intended Inspector Clouseaus (without his luck), and no great genius should be ascribed to them. But they’re surely smart enough to realize that they’ll never get the votes of two-thirds of the Senate — 67 members — which are necessary to convict and remove Trump. Not happening.

This may place in perspective New York congressman Nadler’s supposed “huge blunder,” to quote legal scholar Jonathan Turley. “One of the things you teach law students is that when you make arguments to juries, make sure you don’t insult the jury,” Turley explained to CBS News. “That is, you don’t want to make statements that make them feel stupid or ascribe any bad motivations to them.”

Turley was referring to Nadler’s claim that the senators could be engaged in a “cover-up.” If you actually call the senators “traitors or conspirators in a cover-up,” Turley elaborated (video below), “it’s more likely they’re going to join together than break apart.”

Yet what if this is precisely what the Democrats want?

Of course, it’s entirely possible that some Democrats would love the moral victory, and a different kind of political one, of peeling off some wobbly GOP senators so that perhaps 52 members in total vote to convict. “Look, a majority of the Senate ‘knew’ the president was guilty and should be removed!” they could say during the coming campaign.

But what’s more likely for the Democrats this election: seizing the White House or the Senate? Remember that the economy is good and Trump strong, and rightly or wrongly people credit the commander in chief for the economy and often vote their pocketbooks.

Moreover, the current Democrat presidential frontrunners — Jumblin’ Joe Biden and Bolshevik Bernie Sanders — aren’t exactly inspiring confidence in the liberal establishment. On the other hand, 23 Republican Senate seats and only 12 Democrat ones are being contested. It’s simple math.

So smarter Democrats could possibly want Republicans to vote unanimously to acquit Trump. They can then say, “Every single GOP member put party before principle, ambition before Americanism, fealty to a president before faithfulness to the people.” This appeal could be particularly effective against vulnerable Republican senators in purplish states. And, of course, a way to achieve that unanimity is by alienating perhaps sympathetic Republicans with insults.

This doesn’t mean there aren’t Democrats — rabid, emotion-driven, hard-left rank-and-filers and even perhaps some Congress-dwelling dullards — imbued with genuine impeachment frenzy. But I’m always amazed how so many commentators, perhaps caught up in the “drama” (and wanting to maintain it to maximize ratings/readership) fail to emphasize that with the 67-vote conviction threshold unattainable, the probability is good that Democratic Party Machiavellians have something else in mind.

I’ve long believed that this impeachment had become about flipping the Senate. With control of both Houses of Congress the Democrats could completely stymie the president’s agenda — and rendering his office impotent would be the next best thing to driving him from it.

Home » Dems’ Impeachment Strategy Isn’t To Win Over The Senate, But To Defeat The Senate – OpEd