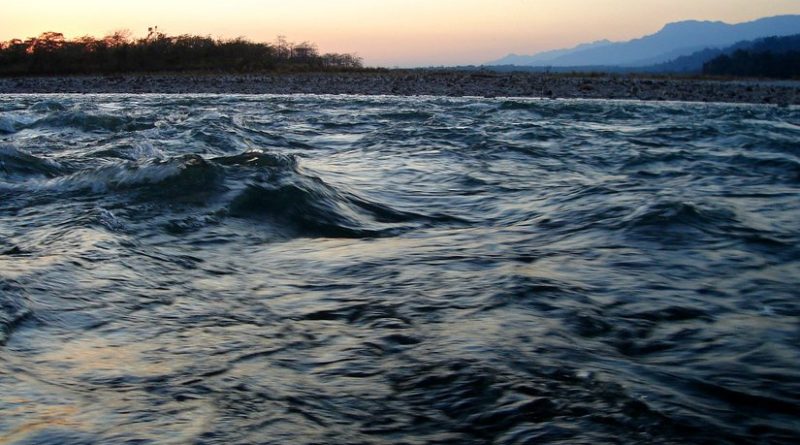 The state of Assam is frequently ravaged by the fury of the mighty Brahmaputra and its tributaries causing untold human misery. The floods have once again this year hit the state thrice successively, within a short span of three months. The havoc caused is beyond description. Around five million people are affected by the deluge, and nearly eight million displaced. Not less than 21 of the state’s 27 districts are now hit by the third wave of floods.

Despite being regularly hit by floods leading to multifarious challenges, the state is deprived of everything it deserves. It is an irony that Assam’s flood problem is being treated as a regular event, both by the central and state governments, and by the media.

According to the National Flood Commission, the area liable to floods in Assam stands at 31.60 lakh hectares. The region, thus accounts for as much as 9.4 per cent of the total flood-prone area in the country. In order to address the flood issue, there is a full-fledged Flood Control Department in the state headed by a cabinet minister. In 1981, the Brahmaputra Board was set up with the main purpose of implementing schemes to harness the river. Yet, the most significant step taken so far to prevent flood-borne harm is setting up of a master plan that envisages two massive multi-purpose dams on the Dehang and Subansiri rivers – tributaries of the Brahmaputra.

Official estimates show that since 1954, various government agencies have completed as many as 631 flood control schemes and constructed about 4,458 km long dykes along the major rivers across the state. However, the following years have shown no noticeable improvement of the situation. It is evident from the fact that damage caused by floods every year has not revealed any reduction. Plans after plans made have been treated like usual business. To the question as to when Assam will see a permanent solution to the flood issue it has come to live with as long as it can remember, “I do not know”, is mostly the response of Chief Minister Tarun Gogoi. Government of Assam is mainly doing the rescue work in addition to air dropping of cheera (flattened rice) or baby food.

The apathy of the central government is also surprising. The Assam government has pointed out that in 1998, during one of the worst flood years, Assam received Rs.59.90 crore as central aid, but Uttar Pradesh was offered Rs.300 crore. Four months after the Assam government submitted a memorandum to the Centre, two inter-ministerial teams have visited the state this month to assess the damage caused by floods. The sincerity of the Centre towards the northeastern state is being questioned, comparing government’s efforts during the Jammu and Kashmir and Uttarakhand calamities with the one in Assam. New Delhi has also been accused of blocking relief funds to Assam. Despite continuous demand by the state government and local civil society organizations like Assam Sahitya Sabha, AASU (All Assam Students Union) etc. to declare the flood in Assam a ‘National Disaster’, no concrete move has been made, and all pleas have fallen on deaf ears. The query arises, how important is the flood havoc in Assam for New Delhi. Doesn’t a loss of Rs.1, 200 crore (1998) merit special consideration? Or is it, as often alleged, a fallout of out-of-sight-out-of-mind syndrome?

Again, an evaluation of the Indian media’s moral-social responsibility towards Assam floods so far indicates that most of national media sadly treats it as a routine story. “What is seen as usual rarely gets importance as news in Indian media,” says veteran journalist Ashis Biswas. Most recently, a case of murder mystery involving a prominent media industrialist finding a plot in Assam has hogged media attention in India. During the same time, there has been miniature coverage in most national newspapers and news channels about the floods in Assam. The most serious spate of flood in Assam is reduced to the category of fillers by most media entities. The local media is running single word headlines like ‘proloy’ (cataclysmic disaster) to define the ferocity unleashed by the floods.

Also, media covers news only in one part of the year when floods completely submerge the state, that too a mention here and a mention there. Such media treatment appears fruitless. Such reporting cannot invoke impactful awareness or concern in other parts of the country. It kills not only the opportunity for people to demonstrate required sympathy but also the possibility to pressurize the government to be more responsive towards the victims.

For a state with nearly 2.66 crore (26.6 million) people, where flood obstructs a large part of the population from accessing essential human needs every year, it is a problem more serious than insurgency. There may not be an immediate solution to stop floods in Assam once and for all. Yet, steps that can be taken to rehabilitate the victims should be sincerely implemented. While political parties are busy with impending state elections, the 2015 Assam floods should serve as an alarm call for them. Keeping in mind the state assembly elections, New Delhi has to realize that it cannot afford to ignore Assam or the northeastern states. Otherwise it has to put up with the political and economic consequences of the same.

Moreover, as the fourth pillar of democracy in India, it is high time for media to realize its moral, social duty towards the flood-hit people of Assam. Instead of reporting immediate damages caused by floods, media focus should rather be on the distress people face in the long run, year after year.