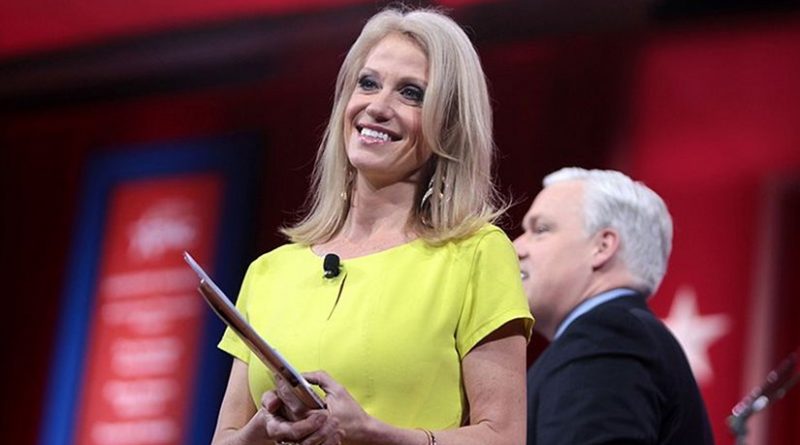 Kellyanne Conway is being misrepresented by several media outlets, all of which have seized upon her comments regarding the massacre at the Pittsburgh synagogue. On the October 29 edition of “Fox and Friends,”  she discussed what happened, noting that “late-night comedians” who are busy “making fun of people who express religion” contribute to the “anti-religiosity in this country.” She is right about that. Importantly, she never blamed these entertainers for the killings, though that is the way it is being spun.

Newsweek.com, msn.com, au.finance.yahoo, thewrap.com, and slate.com are just some of the media outlets saying Conway “blamed” the killings on late-night comedians. Most absurd of them all is the left-wing “Mother Jones.” It not only said Conway was wrong, it blamed “white supremacy” for the shootings.

More accurate was indiewire.com. Its headline reads, “Kellyanne Conway Says ‘Late-Night Comedians’ Are Partly to Blame for Synagogue Massacre.” CNN was the fairest of all, saying, “Kellyanne Conway Cites ‘anti-Religiosity’ in Pittsburgh Shooting.” (My italic.)

The Catholic League has a website full of examples detailing the many ways in which Hollywood has fostered an anti-religious animus—typically trashing Christians. And yes, “late-night comedians” have played a role in promoting this sick environment.

Are the entertainers responsible for the massacre? No, the killer is. Conway never exculpated Robert Bowers, the anti-Semitic madman behind the killings. But the cultural soil which helps to cultivate people like him can be traced to those who nourish it.

There are secondary and tertiary causes involved in all mass killings. That is what Conway was getting at, and in this instance, it’s not the Klan which shares part of the blame—it’s those who routinely mock people of faith.

What happened in Pittsburgh must be condemned by everyone, and those who are practicing in their faith have a special obligation to stand with our Jewish brothers and sisters in this time of distress.