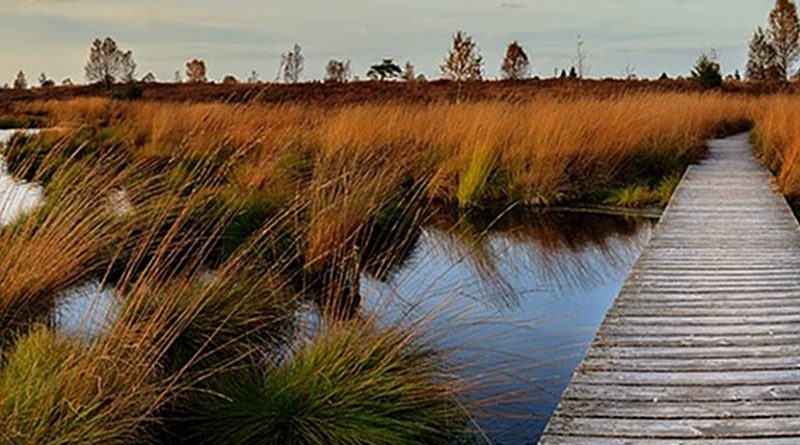 Coastal wetlands provide stunning views and are hosts to a vast biodiversity. But they provide another service to the warming Earth: they capture carbon from the atmosphere and sequester it in their sediment at high rates. In the United States alone, coastal wetlands can offset the yearly carbon dioxide emissions from 800,000 cars. But as sea level rises with climate change, will coastal wetlands be overwhelmed, or will they retain their power as carbon sinks?

New research from the Marine Biological Laboratory (MBL) demonstrates that the wetlands will prevail. “We found even though sea level will continue to rise at different rates [from location to location], sediment accrual rates in coastal wetlands will outpace sea level rise, ” says MBL Ecosystems Center scientist Jianwu (Jim) Tang, senior author on the study, published in Nature Communications.

More importantly, the carbon sequestered in coastal wetlands will stay locked away as new sediment deposits on top, allowing the marshland to act as a vault for excess carbon in the environment, the study found.

Although coastal wetlands cover only about 2 percent of the ocean surface, they are estimated to sequester more than 50 percent of the carbon captured by the ocean per year. And they fix carbon in their sediments at rates 10 to 100 times higher than forests.

The key to the study’s finding is that salt marshes be allowed to accrue sediment as they naturally would. However, humans have a track record of altering salt marshes in ways that reduce their effectiveness to offset climate change. Excessive nitrogen pollution from agricultural runoff or building dikes to block tidal flows, for example, hamper the ability of marshes to sequester carbon. And coastal overdevelopment also destroys these natural carbon sinks.

“We have to understand that coastal wetlands are so valuable,” says Tang. “Yes, they are beautiful and attract fish and have a recreational purpose. But people don’t realize that they have another, very important ecosystem value. Conservation and even restoration of wetlands, in some cases, will help us to increase and protect their function as carbon sinks to the benefit of society and the warming planet.”