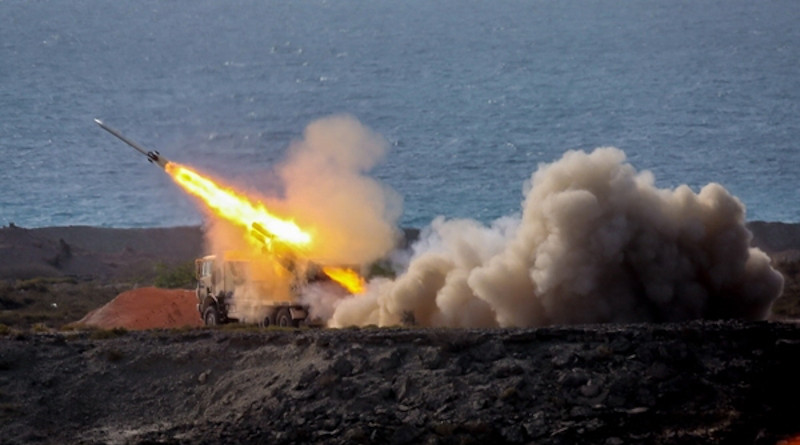 Iran’s Islamic Revolution Guards Corps (IRGC) concluded Thursday its military drills in the southern province of Hormozgan, western parts of the Strait of Hormuz and the Persian Gulf, according to media reports.

Citing an IRGC statement, state-run Fars News Agency reported that, “The exercises which were held with the participation of the IRGC Navy and Aerospace Force in the general area of ​​Hormozgan province, the Persian Gulf and the West of the strategic Strait of Hormuz ended successfully with implementation of all plans and combined operational exercises on land, sea, and in the air and space.”

The IRGC noted added that, “Complex and various operational wargames, including firing [buried] ballistic missiles from the depths of the earth, destroying (hypothetical) enemy’s radar systems, firing coast-to-sea and ship-to-ship missiles to destroy the warships, drone drills to attack the enemy aircraft carrier’s command bridge, capturing hostile vessels by carrying out heliborne operations and using surface-to-surface and coast-to-sea missiles in the presence of observers of Khatam al-Anbia Central Headquarters were exercised in their best form.”

The Tasnim News Agency, with close links to the IRGC, reported that on Wednesday, the IRGC Aerospace Force successfully fired ballistic missiles hidden in camouflage deep under the ground.

RFE/RL provided further information, noting that the underground ballistic missiles were part of a drill involving a fake US aircraft carrier, a day after the IRGC fired a missile from a helicopter targeting the same carrier.

The IRGC’s Sukhoi-22 fighter jets also destroyed targets on the Farur Island with winged bombs, Tasnim reported, adding that a broad range of smart bombs were dropped to detonate a “hypothetical enemy’s targets with great accuracy, as the targets have been designed on a much smaller scale than the actual size.”

As reported, on Wednesday Iran said IRGC forces obtained images taken by the country’s ‘Noor’ or ‘Light’ satellite of the Al Udeid Air Base US military base in southwest of Doha, Qatar.