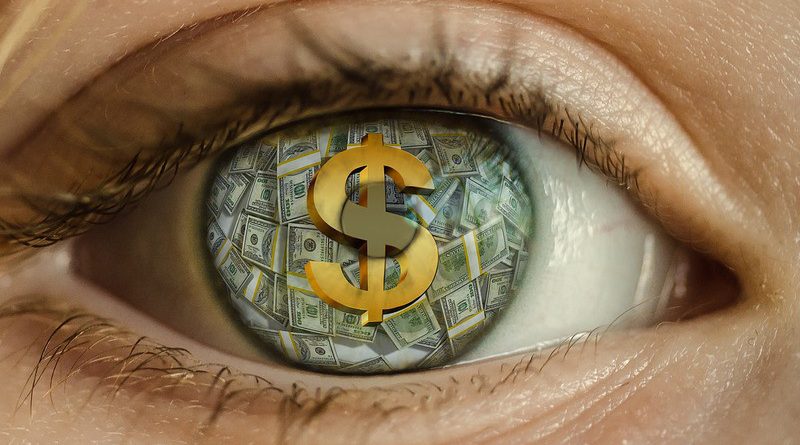 Ever since Fed Chair Jerome Powell announced the Fed’s rescue package at the start of the pandemic, many progressives have criticized it for favoring the rich. The idea was that, in addition to pushing the short-term federal funds rate to zero, Powell also engaged in large-scale purchases of long-term bonds. These bonds included government bonds, mortgage-backed securities, and for the first time, it also bought packages of highly-rated corporate debt.

The Fed’s QE policy was surely a factor in the sharp run-up in stock prices since the start of the pandemic. Since the ownership of stock is also enormously skewed toward the wealthy, the effect on stock prices also worsens the inequality of wealth. For these reasons, some progressives have argued that QE is a regressive policy which should be abandoned.

The Origins of QE

In order to understand the impact of QE on the economy, it is helpful to understand its origins. While the Fed did buy long-term government bonds in the Great Depression and World War II, it shifted its actions to the short-term federal funds market for most of the post-World War II era. This is the interest rate that banks charge for lending overnight reserves to each other, to allow them to meet their reserve requirements.

By lowering interest rates throughout the economy, the Fed hopes to increase demand in interest-sensitive sectors, like car buying, homebuilding, and the purchase of big-ticket items like refrigerators and washing machines, which are often bought on credit. Lower interest rates also allow homeowners to refinance their mortgages at lower interest rates, potentially freeing up thousands of dollars annually to be spent on other consumption, or saved. (Increases in the federal funds rate worked in the opposite direction, leading to higher long-term rates and slower economic growth.)

Since this reduction in the federal funds rate was clearly inadequate to boost the economy to anything close to full employment, the Fed turned to other tools. Specifically, it turned to directly purchasing longer-term federal government debt, as well as mortgage-backed securities issued by Fannie Mae and Freddie Mac. (These securities were considered acceptable assets for the Fed because they were already guaranteed by the government, which meant that they carried no risk of default.)

By most accounts, the Fed’s quantitative easing policy following the Great Recession lowered longer term interest rates by 0.5 to 1.0 percentage points. This added between 2.0 to 3.0 percent to GDP, which implies 3 million and 4.5 million jobs. There is considerable uncertainty on both sides of these estimates, but few people who have analyzed the impact of QE following the Great Recession would dispute that it was responsible for several million jobs.

With this as a backdrop, is there any progressive who seriously wants to argue that we should end QE when the unemployment rate is 5.9 percent and we are still down 6.5 million jobs from the pre-pandemic level (9.2 million below trend)? The story looks even worse when we consider that the people who are losing out in the current labor market are disproportionately the most disadvantaged: Blacks, Hispanics, workers without high school degrees, and people with criminal records.

Also, as Jared Bernstein and I pointed out, a tight labor market not only gives those on the lower portion of the wage distribution the opportunity to get jobs, it also gives them the bargaining power to secure wage increases. The last five years saw a consistent shift in income from profits to wages, reversing part of the shift to capital we saw in the weak labor market during and immediately after the Great Recession.

Wealth Inequality: Should It Trouble Us?

I have long argued that wealth inequality should not be a primary focus of policy, in part because of the fluctuations in the value of stocks, bonds, and other assets in response to interest rates and other factors. I gather that those focused on wealth inequality were celebrating the great move to equality as the stock market plummeted in 2008 and 2009 at the start of the Great Recession. For some reason, their voices were not very audible back then.

But apart from that issue, many of the reasons that middle-income households would need wealth are often met alternatively by social insurance. If a country has a good Social Security and/or employer pension system, workers don’t need to accumulate large amounts of money to support themselves in retirement.

The same applies to health care. In the United States workers can expect to have large health care expenses in both their working years and retirement (even with Medicare). By contrast, in countries with good national health care insurance systems, like France, Canada, or Denmark, they would have little reason to accumulate wealth to cover health care expenses. Education is another example. In countries that provide free or low-cost college and advanced education, families do not need to accumulate assets to put their children through school.

We don’t generally include the value of socially provided goods and services in measures of wealth. We could devise measures that do assign values to these items, but they would look very different from the ones conventionally cited. Unless we do incorporate the value of socially provided items, it’s not clear we have a meaningful measure of wealth inequality either across countries or through time.

There is one issue often raised about wealth inequality that is very real: wealth inequality leads to enormous inequality in political power. The country’s billionaires can all pretty much count on open doors to the country’s most important politicians, and it is not because of their wisdom. This is an outrageous situation in a democracy, but it is also not one that can be addressed at this point with plausible changes in policy.

If we cut the wealth of our hundred richest people in half, they would still have a ridiculously outsized influence on policy. Reducing wealth at the top is not going to be an effective route to restoring anything like political balance. The more plausible path is going in the opposite direction; providing those at the middle and bottom with the means to have an effective voice.

I have advocated an individual tax credit for this purpose, but there are other mechanisms that can accomplish the same purpose, such as super-matches for small campaign contributions. We can try different mechanisms in different states and cities where progressives have the ability to affect policy, but increasing the political power of those at the middle and bottom offers far better prospects than directly reducing the power of those at the top.

What Would We Gain by Ending QE Now?

Suppose that there was a coup at the Fed and the opponents of QE were able to stop it tomorrow. As I wrote above, this would almost certainly slow economic growth and reduce the rate of job creation. That’s hard to see as a good story.

The sector that would probably be hardest and most immediately hit is housing. We were starting new housing units at an annual rate of more than 1.7 million during the first half of this year. That’s up from a bit more than 1.3 million in 2019. If we ended QE, and long-term rates rose by 1-2 percentage points, we would probably see the rate of construction fall back to something close to the 2019 level. The cost of housing has been a serious and real cause for concern. There is no more effective way to bring down the cost of housing than to build more housing. Ending QE goes the wrong way on this one.

The issue with bubbles is not just that they exist, the issue is when they are driving the economy. Suppose Bitcoin were to fall to zero tomorrow, destroying somewhere close to $1 trillion in paper (okay, cyber) wealth. While we would have lots of unhappy crypto investors, the impact on the economy would be almost undetectable. The same holds true with the explosion in the prices of non-fungible tokens, rare art, baseball cards, and a wide array of other assets.

By contrast, the stock market bubble was clearly driving the economy in the late 1990s, leading to booms in both investment and consumption. The same was true in the 00s with the housing bubble. Residential construction was hitting record shares of GDP, while bubble generated housing wealth was leading to an enormous consumption boom. These booms disappeared when the housing bubble burst.

There is one final point to keep in mind for those troubled by the wealth inequality resulting from QE: interest rates will eventually rise. The whole point of QE is to keep interest rates low when the economy needs a boost. When it is back near full employment, then we expect QE to end and interest rates to rise.

The Congressional Budget Office projects that the 10-year Treasury rate will rise to 2.0 percent in 2023 and to 2.3 percent in 2024, the same as the level in 2017. If we are concerned about the wealth created by the low interest rates caused by QE, we can be comfortable knowing that this wealth should disappear in two or three years when the economy recovers.

In short, the tradeoff here is a temporary increase in wealth inequality for more rapid economic growth and job creation, with the latter disproportionately benefitting the most disadvantaged in the labor market. This really doesn’t look like a close call.

[1] One story, that was (is?) believed by many economists, is that reductions in the federal funds rate could actually lead to increases in longer-term rates because they will lead investors to expect more inflation. This could mean, for example, that if investors expect that inflation in future years will be one percentage point higher due to the Fed lowering interest rates, they will demand an additional return of one percentage point on long-term bonds to compensate for this expected inflation. In this story, a lower federal funds rate raises long-term interest rates.

[2] Several central banks have pushed their federal funds equivalent interest rate into negative territory in the years following the Great Recession. This can provide a bit more room to try to boost the economy, but generally this has just been a few tenths of a percentage point. There are structural factors that could make a similar move into negative territory difficult in the United States.