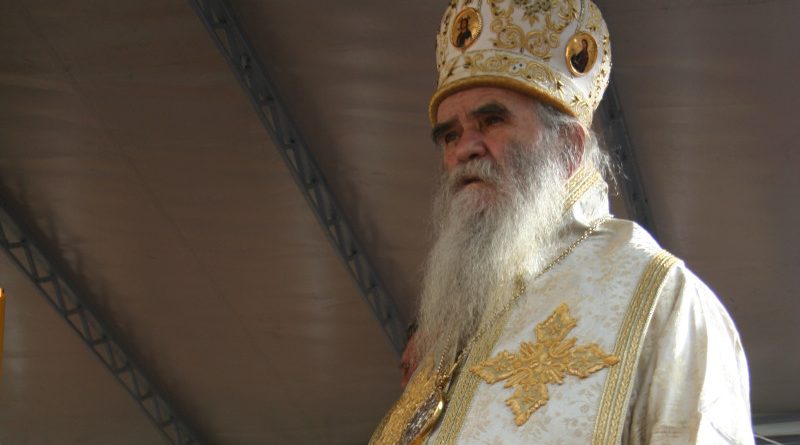 Metropolitan Amfilohije Radovic died at the age of 82 at the Clinical Centre of Montenegro in the capital Podgorica due to complications with pneumonia on Friday at 8.20am after receiving holy communion, the Serbian Orthodox Church in Montenegro said.

“The public will be informed about all other details regarding the funeral of the metropolitan soon,” the Orthodox Church said in a statement.

On October 6, metropolitan Amfilohije was transported from Cetinje Monastery to the Clinical Centre in Podgorica due to a coronavirus infection.

On Thursday, the haed of the Clinical Centre’s pulmonary department, Jelena Borovinic Bojovic said that metropolitan Amflohije’s condition had become complicated due to pneumonia.

Amfilohije was born in January 7, 1938 in Donja Moraca near the town of Kolasin. He graduated from the theological faculty at Belgrade University and also studied classical philology at the Faculty of Philosophy in the Serbian capital.

He continued his postgraduate studies in Bern and Rome and moved to Athens, where he received his doctorate. He spoke five languages.

As leader of the largest religious community in Montenegro, the Serbian Orthodox Church, Metropolitan Amfilohije was a key religious and political figure in the country for decades, rivalled in longevity only by President Milo Djukanovic.

The two have frequently crossed swords since they both first came to office in 1991.

Amfilohije did not shy away from politics, accusing his critics of advocating a return to communism “with a strict ban on church people from engaging in politics”.

During the collapse of federal Yugoslavia in the 1990s, Amfilohije was a vocal supporter of the policies pursued by then Serbian strongman leader Slobodan Milosevic and the political leader of the Serbs in Bosnia, Radovan Karadzic.

After Milosevic’s fall in 2000, Amfilohije condemned Serbia’s cooperation with the UN war crimes tribunal for the former Yugoslavia.

Though a sworn anti-communist, for much of his career Amfilohije was on good terms with Djukanivic’s ruling Democratic Party of Socialists, led by the heirs to the communist regime.

Relations with Djukanovic, however, soured in the late 1990s as the Democratic Party of Socialists’ leader began pressing for Montenegrin independence.

In 2006, when Montenegro held a referendum on whether to end an almost century-old union with Serbia, Djukanovic commended Amfilohije for not taking part in the ‘No’ campaign.

The referendum narrowly passed and Montenegro declared independence, but relations between Djukanovic and Amfilohije would only worsen.

Last year, the president accused the metropolitan of working to undermine Montenegrin statehood and of “safeguarding the imagined borders of a Greater Serbia”.

Amfilohije recently flexed his muscles by leading large-scale protests against a controversial law on religious freedom, putting him in direct confrontation with Djukanovic and his ruling party.

The cleric was also seen as a key figure in the opposition’s narrow victory in Montenegro’s parliamentary elections on August 30, as he called on voters to cast their ballots against the Democratic Party of Socialists.

Patriarch Irinej of the Serbian Orthodox Church said that the church had lost great man and theologist, while Serbian President Aleksandar Vucic expressed condolences to the Serb people and the church.

Zdravko Krivokapic, who is expected to become Montenegro’s next prime minister, called for a public mourning period.

“The government should declare a day of mourning in Montenegro, because we lost a great man,” Krivokapic told media.