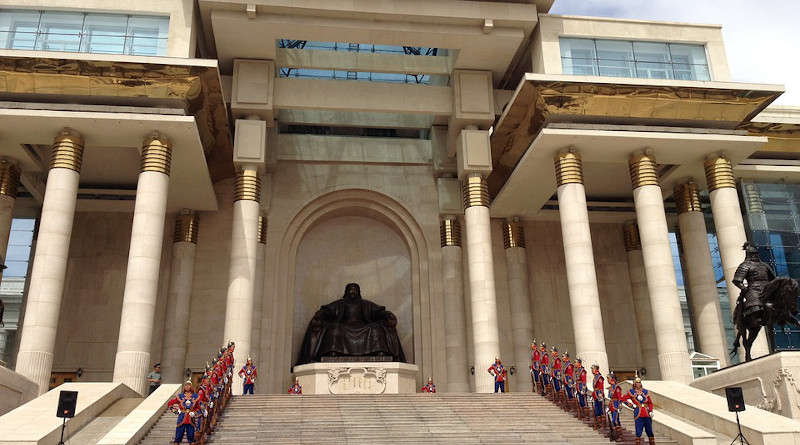 In the eighth democratic parliamentary election since 1990, Mongolians opted to confirm a government for the first time.

On the morning of 24 June 2020, Mongolian social media was abuzz with posts of Ulaanbaatar residents proclaiming to have voted in the election. Some were wearing colourful deel — Mongolia’s national costume — to emphasise the sense of civic duty and respect attached to the act of voting. Polling stations closed 15 hours later amid heavy rain, localised flooding and even hail.

In the eighth democratic parliamentary election since 1990, Mongolians opted to confirm a government for the first time. This is not insignificant as voters had previously swung back and forth between the MPP and its main challenger, the Democratic Party (DP).

The MPP was re-elected with nearly 1.8 million votes — 44.9 per cent of the popular vote. This translated into 62 seats in the 76-seat parliament via a multi-member plurality voting system that magnified the MPP’s high level of party organisation, its strength in rural regions and among older voters, and the discipline of its supporters in not splitting votes to benefit challengers.

While the MPP’s ‘Unite the Force’ electoral campaign emphasised its past competence, significant changes are coming to government. Of the 62 MPP members, 27 are new to parliament. They represent a new generation of younger politicians in their 40s and 50s.

Their relationship with the executive will also change, as constitutional amendments that took effect in May specify that no more than four MPs can be appointed to cabinet. Prime Minister Ukhnaagin Khurelsukh himself was elected with the largest vote share of any candidate in the nation in Khentii province, finally entering parliament after serving as party chair and prime minister for three years. But in appointing his cabinet he will have to look primarily outside his caucus. This means that many of the new MPs might develop more of a parliamentary and legislative outlook on their own party’s government.

The opposition readily accepted the election results. DP party chair Sodnomzunduin Erdene promptly resigned, taking responsibility for a defeat that yielded only 11 seats. This result may have more general repercussions for the DP — the success of some younger MPP candidates and the defeat of some of the DP’s older stars may force a generational change within the party, along with a re-imaging of its political core.

The National Labour Party’s party chair Togmidiin Dorjkhand won the only seat for the ‘Right Person Elektorat’ coalition, even though many of the candidates of this coalition helped generate enthusiasm about the election in its lead-up. The coming years will tell whether the National Labour Party can establish itself as a new political force. The single seat in parliament will entitle them to name a candidate in next year’s presidential election.

The same holds for the Mongolian People’s Revolutionary Party. They will be represented with a single seat won by Saikhuugiin Ganbaatar, their presidential candidate in 2017.

Rounding out parliament will be Noroviin Altankhuyag, who won election in Mongolia’s second-largest city of Erdenet. He ran as an independent after breaking with the DP, with which he had previously served as party chair and prime minister.

While the MPP’s election platform offered many promises and plans, it is unclear what direction its renewed government will pursue. It will undoubtedly want to fix the road to Darkhan, which has been a source of contention since last year. In foreign policy, plans for a pipeline from Siberia to China passing through Mongolia will be a priority.

Domestically, the COVID-19 pandemic will continue to pose challenges to the economy, but also to ongoing re-patriation efforts of Mongolians who have been left stranded abroad. Along the long meandering path of mega mining policy, there are no indications that another major turn is coming soon — but that will depend on some of the appointments that Prime Minister Khurelsukh makes upon his confirmation.

In the 2008 election when a multi-member plurality system was used, allegations of election fraud escalated into a riot. Similarly, last week, some opposition parties and independent candidates claimed that results had been manipulated in electronic vote-counting machines. A wave of speculation and frustration quickly emerged, but political parties, civil society and the government pushed back against the distrust, agreeing to conduct a manual recount of votes in disputed election districts. In the future, substantial policy debates on fairer election systems and the capability of election administration will benefit Mongolia’s democratic resilience and strengthen its civic enthusiasm.

Some of that early-morning enthusiasm on social media translated into a high voter turnout amid the COVID-19 pandemic — over 73.6 per cent. Combined with a number of new faces in parliament, this might be a sign that Mongolian democracy is starting to heal from the corruption-induced frustrations of the 2010s.

On a continent and in a world that appears to be marked by democratic backsliding, that alone is good news.

The Thai government rolled out schemes to finance SMEs and help them weather the impact of the COVID-19 pandemic. While