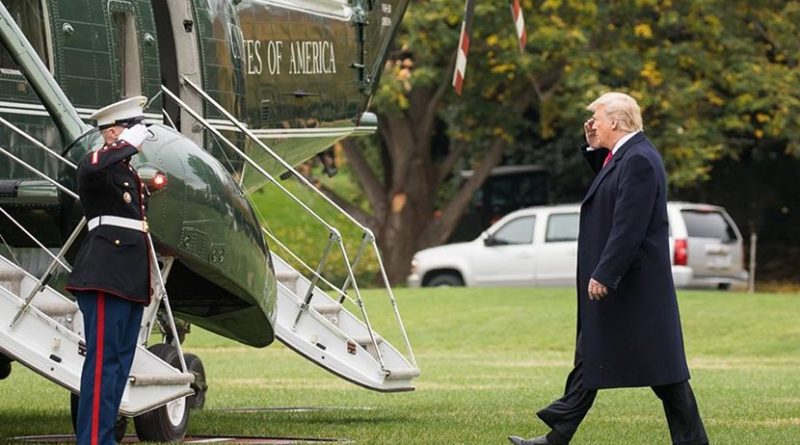 The chairman of the House Judiciary Committee sent President Donald Trump a letter Friday setting a Dec. 6 deadline to determine whether the president’s attorneys will participate in impeachment proceedings.

Chairman Jerry Nadler, D-N.Y., sent the letter Friday, giving a Dec. 7 deadline for Trump to answer whether his counsel will request witnesses or make a presentation as part of the Judiciary Committee’s impeachment proceedings against the president.

Democrats previously set a Sunday deadline for the Trump administration to answer whether it will participate in the committee’s first impeachment hearing, scheduled for Wednesday.

A separate letter was sent Friday to Judiciary Committee ranking Rep. Doug Collins, R-Ga., informing him of the new deadline given to the White House.

House Intelligence Committee Chairman Adam Schiff, D-Calif., said earlier in the week that the three committees overseeing the impeachment inquiry — intelligence, foreign affairs, and oversight and reform — would submit a report to the judiciary panel after the Thanksgiving recess.

House Speaker Nancy Pelosi, D-Calif., officially announced the impeachment inquiry Sept. 24, enveloping existing investigations into Trump’s July 25 phone call with Ukrainian President Volodymyr Zelensky under the umbrella of the probe. The investigations were prompted by a whistle-blower report about the call, accusing Trump of pressuring a foreign government to investigate a political rival — Democratic presidential candidate Joe Biden and his son, Hunter Biden.

The committees are also attempting to determine whether Trump withheld $250 million in military aid and a one-on-one meeting between the two leaders in exchange for a Biden investigation. The Trump administration officially released the military aid in installments in September.

Home » Will Trump’s Attorneys Be Allowed In Impeachment Hearings?