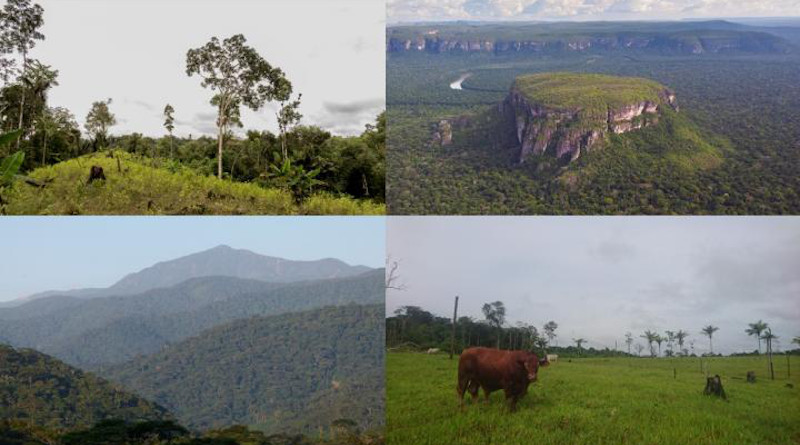 A study of deforestation in Colombia by researchers from The University of Queensland has revealed some valuable insights which could be used to help slow deforestation in areas around the globe.

PhD student Pablo Negret led an effort to compare the effectiveness of protected areas in Colombia with otherwise similar non-protected sites between 2000 and 2015.

“In Colombia, there has been constant deforestation within protected areas during this 15-year period,” Mr Negret said.

“This is mainly due to a lack of capacity to control illegal exploitation of resources in these areas.

“However, there was around 40 per cent less deforestation in protected areas when compared to similar areas without protection,” Mr Negret said.

Despite poorer outcomes in some areas, it was clear to the researchers that most protected areas slowed deforestation.

“We also looked at regional differences and found that protected areas in the Pacific were less effective than elsewhere,” Mr Negret said.

“The Pacific region of Colombia is extremely biodiverse and globally important with a high concentration of endemic species, so ensuring these protected areas work is especially important.”

The team used forest cover information collected from satellites, with data covering 17 variables associated with deforestation, to compare both protected and non-protected areas that had similar environmental and social characteristics.

In total, the researchers analysed the effectiveness of 116 protected areas, which represent 9.8 per cent of the country’s continental area.

UQ’s Professor Martine Maron said the study showed how understanding the effectiveness of protected areas could be extremely useful in informing national and global conservation decisions.

“Evaluating the impact protected areas make to deforestation can help with determining whether to invest in improved management in existing protected areas or increase their coverage in strategic locations – or both.

“We hope that these insights can be taken into account in Colombia and around the globe.

“A similar approach can help any country or region effectively assess the performance of their protected areas at preventing ecosystem loss.”