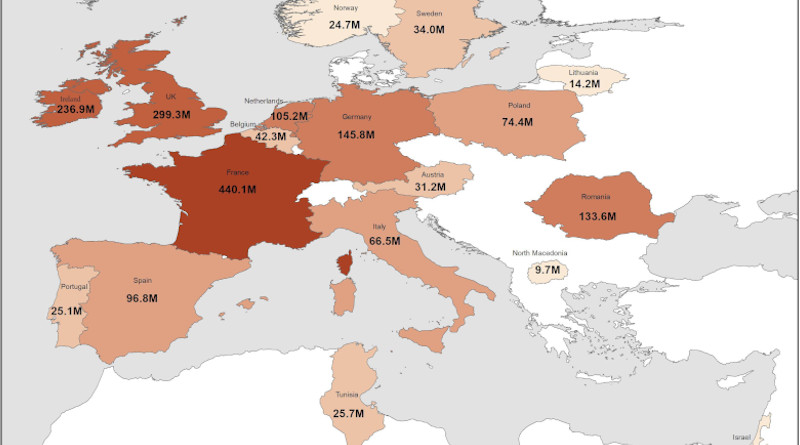 An international research study has estimated that drug-resistant parasitic worms cost the European livestock industry more than €38 million per year in production losses and veterinary costs.

Parasites can cause major welfare and productivity problems in cattle, sheep and goats worldwide, affecting growth, fertility and milk production. Worryingly, drug resistance is increasing against the veterinary medicines widely used to treat and prevent infection. This means that current farming methods may not be sustainable in the longer term.

Now a major new study has estimated that parasitic worms cost the European livestock industry more than €1.8 billion per year, with drug-resistance costing at least €38 million per year in production losses and treatment costs. The study can support the identification of livestock sectors and regions where the largest losses occur and inform control programmes and research policies at national and European level.

Agricultural economic data was combined with the latest data on the levels of disease and drug-resistance in 18 European countries. Data were not available for all European countries and only one class of veterinary medicine was included in the analyses.

There are five classes of veterinary medicine available to treat parasitic worms in livestock, and drug resistance is widespread against at least 3 of these classes. This means that the costs are likely to be higher than the conservative estimates reported in the study.