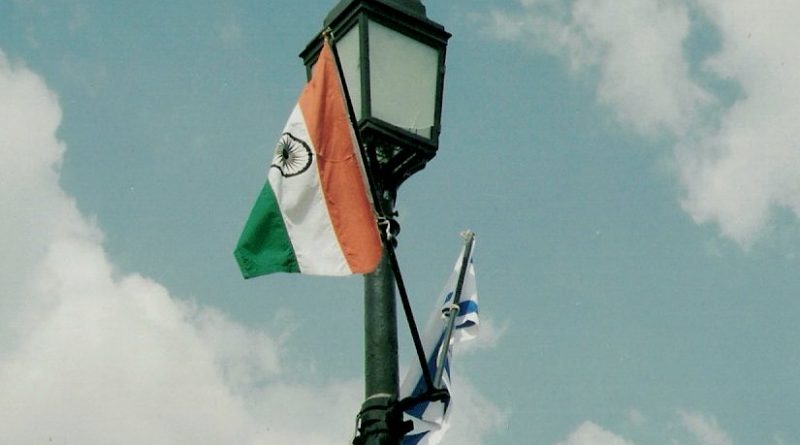 Al Muqata’a, the headquarters of the Palestine National Authority, is not far from the King David Hotel where Prime Minister Narendra Modi would be staying during his visit to Israel. But these days, the 20-odd kilometres between the two places look like a light year, and both have travelled a significant distance from one another. What would the Palestinian leadership be thinking when the Indian leader is received with pomp and show and a guided tour by Prime Minister Benjamin Netanyahu himself?

As someone who argued in these columns in January that a stand-alone prime ministerial visit to Israel would be possible and desirable, how did both players come this far this soon?

It is undeniable that since Prime Minister P. V. Narasimha Rao established diplomatic relations in January 1992, Indo-Israeli relations have progressed by leaps and bounds. Despite ideology-driven opposition from a section of the Indian public, economic, strategic, cultural and social relations have flourished. This is, however, not the case for Indo-Palestinian relations.

Prime Minister Modi skipping a visit to Ramallah is a more powerful signal than all the courtesies that await him in Israel. This time the wind is different, chilly and unmistakable. Modi’s assurances to President Mahmoud Abbas in May about continued support for the Palestinian cause was real but was qualitatively different from the one the Palestinians were used to in the past. In a major shift in foreign policy, New Delhi is de-hyphenating Israel from Palestine and is prepared to deal with the two separately and independently.

The absence of any reference to East Jerusalem being the capital of the future Palestinian state during Abbas’s India visit was a powerful message. In one sense, Jerusalem is the core of the Arab-Israeli conflict and encompasses history, geography, politics, theology, archaeology and human emotions. And pre-judging the issue is the last thing India should be doing. It appears that New Delhi has recognised the complexities of the problem and decided to move away from the decade-long position of support for a Palestinian state with ‘East Jerusalem as its capital.’ This does not mean that India is prepared to accept Jerusalem as Israel’s capital but it prefers a negotiated political resolution through mutual recognition and compromise between the parties concerned.

While Modi’s visit to Israel is historic, but his skipping Ramallah is a tectonic shift. Many have been harping on this snub and reading it as a transformation in India’s traditional pro-Palestinian positions. Such a reading would not be incorrect, but inferences are more complex than presenting Modi’s restricted itinerary as pro-Israel. Seeing this as a sign of ideological convergence between the Indian and Israeli right would be emotionally satisfying, but intellectually dishonest.

A few things would enable a nuanced understanding of the itinerary. Since his visit to the United Arab Emirates in August 2015, all Middle Eastern visits of Prime Minister Modi have been stand-alone visits, that is, bilateral, and he did not visit a third country. This practice was adhered to during his visits to Saudi Arabia, Iran and Qatar in 2016. The same applies to Israel from where he flies off to Germany for the G20 summit meeting in Hamburg. Thus, skipping Ramallah fits in with this logic.

Political gains of a brief or stopover visit to Ramallah are minimal if any. The Palestinian cause wields less regional relevance today than a few years ago. During the past decade, things have changed in the Middle East. Palestinians have fewer friends in the region and wield far lesser influence than the heydays of Yasser Arafat. It is an uncomfortable reality that no Arab country would determine the shape and size of its engagements with India by New Delhi’s commitments to the Palestinians. Not long ago, counties like Syria, Iraq, and Libya were in the forefront of the Palestinian cause. But now all of them are struggling to survive as state entities. Not that the Arabs are no longer committed to the Palestinian cause, but it is no longer their top priority. Territorial integrity, regime survival, youth unemployment and pressures for socio-economic reforms have become more important than the political rights of Palestinians. The statelessness of Palestinians has become less important than the survival of the Arab state system. In short, the inter-Arab political discourse no longer begins or ends with the Israeli-Palestinian conflict.

Modi is merely responding to the changing Middle Eastern situation. A few hours of stay in Ramallah will not gain him any political dividends in the region or in India. Rather, it would indicate the perpetuation of ‘continuity and change’ – the phrase used when normalization took place in January 1992. Since the NDA came to power in May 2014, during their visits to Israel, both President Pranab Mukherjee (October 2015) and External Affairs Minister Sushma Swaraj (January 2016) visited Palestine and paid homage to Arafat. However, a prime ministerial visit is highly political and substantial and hence a different approach.

By hosting President Abbas in May, Modi reiterated India’s commitments to Palestinians on the core issue of statehood. But by not visiting Ramallah, he is reminding Palestinians of the need to put their house in order and face the proverbial challenge of Mirror, Mirror on the wall!

Originally published by Institute for Defence Studies and Analyses (www.idsa.in) at http://idsa.in/idsacomments/what-does-modi-israel-visit-mean-to-the-palestinians_prkumaraswamy_030717

Home » What Does Modi’s Israel Visit Mean For The Palestinians? – Analysis