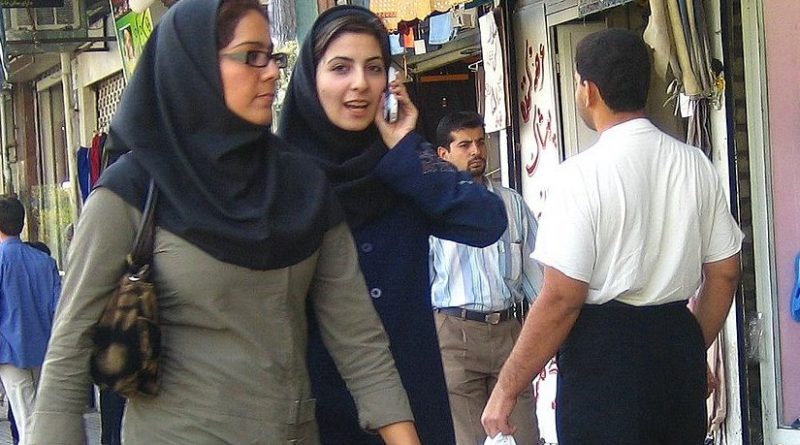 The hijab, not a new element of the women’s wardrobe, which in the Muslim religion is an indicator of modesty of behavior. Today, in today’s society, rigid frameworks for clothes and appearance in general are omitted. Everyone, regardless of gender and religion, has the right to wear and look like she wishes herself.

As among women and among men there are those wishing to highlight external accents, someone wants to wear a thick beard, and someone a hijab. But do all these accents mak a person a terrorist? In the modern Kazakhstan, a peculiar attitude to appearance has been formed. There are families who perceive the Islamic religion, which has existed on the territory of the country for more than 1,000 years, too much. Due to this, parents of such families want to adhere to religious traditions, considering it mandatory for girls in the family to wear the hijab to show their respect for religion. No radical goals are pursued here. However, today society is negative about such a view, it goes beyond the generally accepted norm.

In the city of Atyrau, 40 girls were not admitted to schools due to the wearing of the hijab. The head of the city department of education Svetlana Amanshieva stated that there are requirements to the general school uniform, which must be observed. Recently, the problem of attitude to the hijab arose in Kazakhstan. In general, according to the law of Kazakhstan, wearing the hijab in public places is not prohibited. However, the President of the Republic of Kazakhstan N. Nazarbayev stated his disagreement with the fact that girls wore the hijab, especially schoolgirls. In the history of Kazakhstan, this fact has never happened and it was never part of the religious tradition. It is necessary to distinguish Islamism from extremism.

Why is there such a negative attitude towards this element of clothing in Kazakhstan?

The hijab today in many people causes an association with radical extremism and terrorism. Such ideas are inspired by the West and the terrorist groups, such as ISIL, Al Qaeda (banned in Kazakhstan).

To the Islamic scenario, neither the authorities nor the society are ready now, experts believe. In their opinion, the growth of religiosity of the population of Kazakhstan is spontaneous, not qualitative, so it is not able to take shape in a clear ideology of the state. Not to mention the fact that the very attitude towards Islam among the population of Kazakhstan is very superficial and is limited mainly by the observance of certain external ritual forms. While the percentage of really practicing Muslims in Kazakhstan is still low and clearly below the level at which one could talk about the prospects of creating an Islamic state.

Erkin Baidarov, a leading researcher at the R. B Suleimenov Institute of Oriental Studies of the Science Committee of the Ministry of Education and Science of the Republic of Kazakhstan, PhD in Philosophy notes that the most involved in the process of Islamization are people of young and middle age, which are quite natural, in dynamics and trying to somehow self-fulfilling. However, the dissatisfaction of many with their social status, social apathy, etc. make them closed, offended by themselves, their parents, or the environment in which they live. This situation is used by the so-called “catchers of souls” or recruiters of ISIL, facing a difficult moment for a person next to him and who suggest that he/she changes himself with the help of ideas of social justice, the realization of which is possible through religious radicalism and extremism.

According to E. Baydarov, among those who join the ranks of true believers, observing rites, practitioners, etc. Muslims have many law-abiding citizens. Therefore, when fighting radical Islamist movements in Kazakhstan, one should be cautious and in no case not cut one size to fit all.

As for the authorities, it does not hide its fears about the possible negative consequences of the rapid growth of the religiosity of the population that is currently being observed, but so far it can not offer an adequate state policy that would take this factor into account.

Home » Hijab As A Trend Or A Step Towards Radicalization? – OpEd