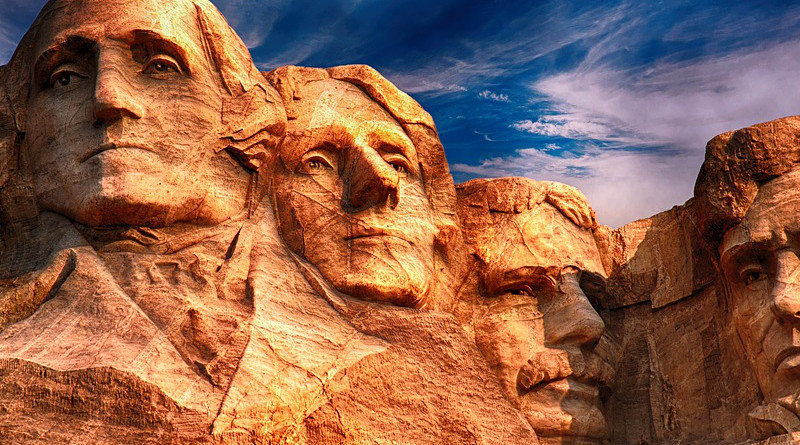 US presidents range from very bad to less bad, but none were “good” for Black people – including the first Black one.

Ten of the first twelve presidents of the United States were slave holders. This is just one of many historical facts that this columnist discovered while researching and writing Prejudential: Black America and the Presidents . The newly published book is an exploration of black American history viewed through the prism of the presidency.

Presidents appear on our currency, we live in cities named after them and attended schools called Washington, Jefferson, Lincoln, Roosevelt or Kennedy. They have their own holiday and are generally lauded as great historical figures. Yet their deeds demonstrate that anti-black racism is foundational to this nation and that our struggle for human rights is never ending.

The capital city of Washington DC exists as a result of one of the earliest surrenders to the southern slavocracy. The newly independent nation already had large cities conveniently located near population centers on the coast. Why would an entirely new city be built from scratch on a swamp? Of course the goal was to give the slave powers physical and legal protection by locating a capital between the states of Virginia and Maryland.

The settler colonial state was an engine for genocide from the beginning. The American revolution was an effort to free the colonists from any limits the British might impose on their plans for conquest. Indigenous people were driven from their lands with violence, disease and displacement. Expanded settlement fortified the plantation economy and created a hell on earth for enslaved people.

When the Civil War finally ended chattel slavery, there began a cycle of victories followed by vicious reaction, dashed hopes and betrayals. The process continues until  this day. Despite some of the 45 men being designated as being  “good for black people” there are none that deserve such an attribution.

There are obvious villains in this story like Andrew Jackson who was most responsible for the theft of indigenous lands in the south and the acceleration of the expansion of slavery. James Buchanan improperly intervened with the Supreme Court in the Dred Scott case which robbed all black people of any legal protection. Woodrow Wilson was an unreconstructed segregationist who forced Jim Crow onto the federal government and screened Birth of a Nation in the White House. Franklin Roosevelt used his need for southern support as his excuse for not supporting anti-lynching legislation. His tepid civil rights protections would never have come into being if A. Philip Randolph hadn’t threatened a march on Washington.

The presidents can be divided into very bad and less bad when discussing their impact on the lives of black people. Any gains in legal rights resulted from our own acts of resistance. The so-called great emancipator Abraham Lincoln was no abolitionist. When the enslaved fled to union army lines they turned the civil war into a war against slavery, not “Honest Abe” who was determined to create an all white America. As late as two weeks before his assassination he spoke of his desire to send black people out of the country.

The shock of Donald Trump’s election has created a kind of amnesia and given cover to predecessors who also made racist appeals in order to win the highest office in the land. Ronald Reagan, called the great communicator, gave a campaign speech in Mississippi expressing support for “states rights,” the euphemism of that era for segregation and white supremacy. He spoke of “welfare queens” and “strapping bucks” who used food stamps to buy steaks.  George H.W. Bush turned William Horton into Willie and used him to defeat his democratic rival. Bill Clinton assembled black prisoners for a photo opportunity near Stone Mountain, Georgia, site of a confederate monument and the symbolic birthplace of the Ku Klux Klan.

Barack Obama proved that there could be a black president but he achieved this goal in part because he relied on some of the same racist tropes as his predecessors did. His scolding and scorn of black men and the creation of the imaginary Cousin Pookie weren’t far removed from Reagan’s imaginary welfare cheats.

This history must be remembered during the current presidential election year. Trump is a convenient foil for the phony Democrats and their lackeys among the black misleaders. The prospect of another Trump term in office has reduced black politics and politicians to their lowest depths of capitulation. We are told that “any blue will do” and are admonished to be silent lest Trump win again.

Yet silence and passivity in 2016 resulted in the Trump administration. We were assured that Hillary Clinton was more electable and there was no need for even an obligatory get out the vote effort. That electoral catastrophe should have resulted in demands for protection of the franchise at the very least. Instead Michael Bloomberg buys off black politicians and voter roll purges continue without comment or action from the party that needs black votes but wishes that it didn’t.

History teaches us to do as Frederick Douglass advised and always agitate, agitate, agitate. Mass movements are the only dependable course of action in this country. Even the political party thought to be more friendly to black people is still an adversary and must be treated as such. It is high time that the sad story of our relationship to the presidency take a transformative turn.

One thought on “Prejudential: Black America And The Presidents – OpEd”