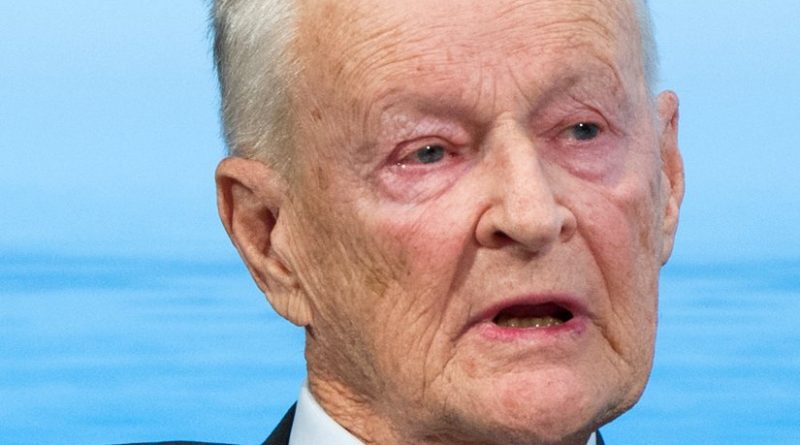 An October 5 headline in Politico screamed out, “Brzezinski: Obama should retaliate if Russia doesn’t stop attacking US assets.”

Think about that: it sounds like Zbigniew Brzezinski, national security advisor in the Carter administration, is advocating a direct confrontation between the world’s two nuclear superpowers. Either country has the resources to wipe the other off the face of the earth. Some say it could mean the end of human civilization as we know it today.

But if Russia is attacking US assets, that must certainly invite a reasonable response, right?

What particular assets was Brzezinski talking about? What could possibly justify something that could become the greatest existential risk ever taken by mankind?

Did the Russians attack Fort Knox? Are America’s gold reserves the assets he means? Or has Putin attacked a major US city? Has Russia already occupied and fortified the eastern tip of Long Island?

No. Brzezinski was talking about Syria, a place where the United States has no apparent strategic interests. It got involved there only to address a humanitarian crisis. That’s what the Obama administration has maintained.

Syrian president Assad was killing his own people, claimed the administration. That is eerily reminiscent of how Washington characterized Saddam Hussein of Iraq and Muammar Gaddafi of Libya before the US intervened in those countries. And we all know the poor outcome US intervention brought them.

Now, Brzezinski is concerned about Russia’s attack on ISIS, the de facto country that has brutally occupied parts of Syria and Iraq. There’s no reliable evidence that Russia attacked any US assets in Syria. There have been many media allegations to the contrary. But Brzezinsky calls them out as “alleged.” Politico calls them “apparent,” but offers no corroboration.

The Politico story was written by journalist Nick Gass. He quoted Brzezinski as saying, “The Russian naval and air presences in Syria are vulnerable, isolated geographically from their homeland,” and furthermore “they could be ‘disarmed’ if they persist in provoking the US.”

So, presumed vulnerability and logistical disadvantage are all Brzezinski needs? That’s enough to attack? What an opportunist he is! And to what end? What about this risk of causing massive destruction to our planet?

But Politico didn’t get those Brzezinski quotes from the man himself. Instead, the publication cited an article written for the Financial Times by Brzezinski.

I went and checked out that FT article. I wanted to know if Brzezinski actually advanced the arguments described in Politico.

The first disparity I noticed is the title: Politico ran with “Brzezinski: Obama should retaliate if Russia doesn’t stop attacking US assets.”

But the FT source article was titled “Russia must work with, not against, America in Syria.” The article’s deck explained, “We should persuade Moscow to act with us in resolving such a problem, writes Zbigniew Brzezinski.”

That clearly puts things in a different perspective. The truth is that Brzezinski was advocating US-Russia cooperation, while Politico spun that into a treatise supporting dangerous military confrontation.

Then there was journalist Gass’s seemingly saber-rattling passage: “‘The Russian naval and air presences in Syria are vulnerable, isolated geographically from their homeland,’ Brzezinski noted. ‘They could be ‘disarmed’ if they persist in provoking the US.'”

Gass didn’t let Brzezinski finish his thought. Brzezinski’s very next sentence was: “But, better still, Russia might be persuaded to act with the US in seeking a wider accommodation to a regional problem that transcends the interests of a single state.” That got buried two paragraphs below. In between Gass paraphrases Brzezinsky on how “it would behoove Russia to cooperate with the U.S.” Brzezinsky’s statement would have been more coherent if it had been left intact.

There Gass goes again, distorting the import of Brzezinski’s message.

In deference to Gass, I must admit that some of Brzezinski’s article is problematic and confusing. Brzezinski wrote, “Moscow has chosen to intervene militarily, but without political or tactical cooperation with the US — the principal foreign power engaged in direct, if not very effective, efforts to unseat Mr. Assad.”

Brzezinski seems to be experiencing some cognitive dissonance here. Why would he presume Russia should cooperate with America’s actions against Assad? Putin is long on record with the view that externally-forced regime change would be a disaster. (It’s worth noting that Russia is going after ISIS in Syria at the invitation of the Syrian government. The US is there at its own initiative, in what many regard as unprovoked aggression.)

Moscow’s military intervention is aimed at getting ISIS. The US ostensibly has been trying to do that too. But the record shows that America has achieved the same lack of effectiveness that, according to Brzezinski, the US has demonstrated in trying to unseat Assad.

So it makes no sense at all that Brzezinski should expect Russia to cooperate with America in a faltering effort to achieve a regime-change goal that Russia does not embrace.

Gass ends his article with the Brzezinski quote, “It is time, therefore, for strategic boldness.” That sounds like a reaffirmation of Gass’s distortion about the retaliation issue.

But Brzezinski was not talking about bold retaliation. The predicate for his “strategic boldness” statement is found several paragraphs earlier in his article.

There he says if America and Russia were to cooperate in remediating the “Middle East explosion,” it might even promote the “constructive engagement” of China in “preventing the further spread of chaos.” Brzezinski points out that “Beijing has a significant economic stake in the prevention of a larger Middle East conflict.”

The bottom line is that the “strategic boldness” comment is about initiating cooperation, not US military retaliation against Russia.

All this distortion in the Politico article causes me to wonder what Gass’s game is.

The Politico website says the goal of the publication is “to prove there’s a robust and profitable future for tough, fair, and fun coverage of politics and government.” It concludes, “But none of this works if we ever fall short of that initial promise of delivering nonpartisan news, fast, fair, and first.

It’s hard to reckon those lofty goals with the job done by Nick Gass on this Brzezinski article. It’s a complete flimflam that throws gasoline on an already explosive and troubling situation.

So I guess the real headline here is: “Nick Gass, Are You Nuts?”

3 thoughts on “Zbigniew Brzezinski, Are You Nuts? – OpEd”