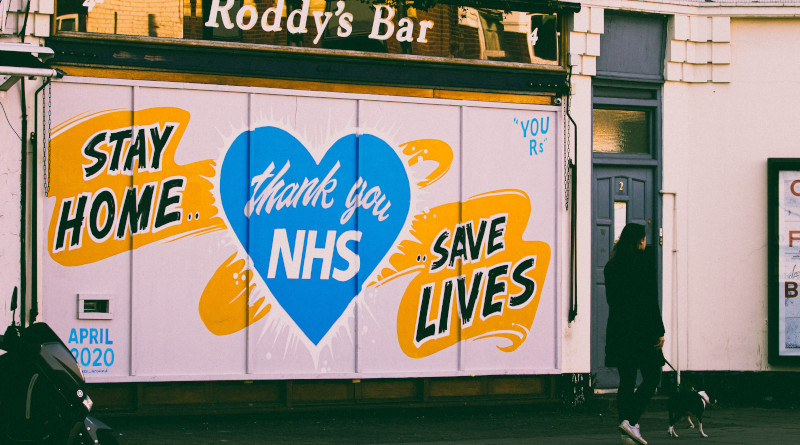 A woman walks past a street mural, during the lockdown in London 2020. Photo Credit: Edward Howell at Unsplash

86% of UK residents who tested positive for COVID-19 during lockdown did not have the specific virus symptoms (cough, and/or fever, and/or loss of taste/smell), finds a new study by UCL researchers. The authors say a more widespread testing programme is needed to catch ‘silent’ transmission and reduce future outbreaks.

The paper, which is published in Clinical Epidemiology, used data from the Office for National Statistics Coronavirus (COVID-19) Infection Survey pilot study – a large population based survey looking at the association between Covid-19 symptoms and Covid-19 test results.

The research included data from a representative population sample of 36,061 people who were tested between 26 April and the 27 June 2020 and provided information of whether they had any symptoms.

The study also includes data on people reporting a wider range of symptoms such as fatigue and shortness of breath. Of the sample who tested positive, 27 (23.5%) were symptomatic and 88 (76.5%) were asymptomatic on the day of the test.

The authors say the findings have significant implications for ongoing and future testing programmes.

Professor Irene Petersen (UCL Epidemiology & Health Care) explained: “The fact that so many people who tested positive were asymptomatic on the day of a positive test result calls for a change to future testing strategies. More widespread testing will help to capture “silent” transmission and potentially prevent future outbreaks.

“Future testing programmes should involve frequent testing of a wider group of individuals, not just symptomatic cases, especially in high-risk settings or places where many people work or live close together such as meat factories or university halls. In the case of university halls, it may be particularly relevant to test all students before they go home for Christmas.

“Pooled testing could be one way to help implement a widespread testing strategy where several tests are pooled together in one analysis to save time and resources on individual testing. This strategy would be an efficient way to test when the overall prevalence is low as negative pooled samples can quickly show a large group of people are not infectious.”

The authors did note that several studies have highlighted a lower proportion of individuals testing positive for Covid-19 are asymptomatic, however, the prevalence of asymptomatic cases varies substantially, possibly due to the sampling and the settings of the study. For example, the study references how among 262 confirmed cases admitted to hospitals in Beijing 13 (5%) were asymptomatic. In contrast, reports from a small village in Italy suggest that up to 40-75% were asymptomatic. A study of 13,000 residents in Iceland found 43 out of 100 with a positive Covid-19 test were asymptomatic.

According to a statement published by US Department of State, new visa sanctions are going to be applied against  a series of Tanzanian