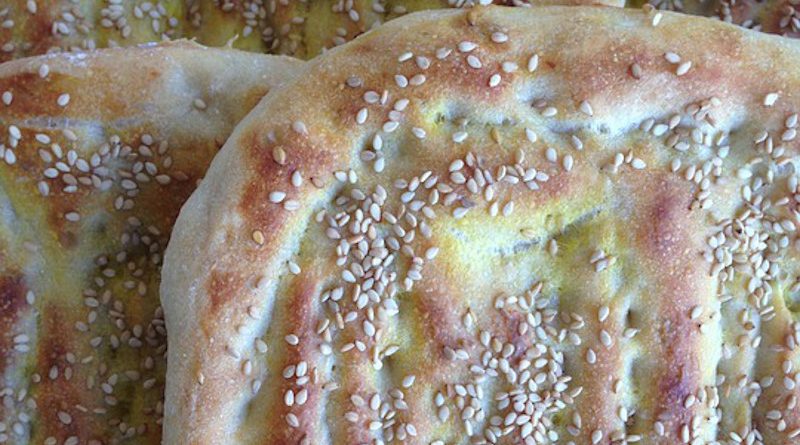 Bread is the main food for most Iranians and is facing a serious shortage and high prices in many cities of Iran. A baker in Tabriz said to the state news agency (IRNA), we used to bake eight bags of flour a day, but now our quota is only four bags.

Ahmad Mahboobi, a client in Tabriz says: I had to go to 2-3 bakeries and spend a lot of time to get some bread. Yesterday I stood for 2 hours in the queue to buy only 10 loaves of bread which are only enough for one meal.

Bread shortages were reported in different cities. Of course, government officials deny this and say there is no bread shortage. But the bakeries struggling with this problem say the reason for the bread shortage is the decrease in their flour quota.

One of the bakers says we finish our new quota by 2 PM and after that, we must procure flour from the open market, the open market rate is 180,000 tomans instead of 110,000 tomans per bag. This has forced some smaller bakeries to close their shops until receiving their flour quota.

The main reason for the high price and scarcity of flour, like other items, of receiving government flour and hoarding it by regime affiliates and IRGC affiliates for sale at a higher price in the open market. This has been mentioned in various reports in recent months.

Currently, the prices of all the goods needed by people are increasing daily. The Iranian Students News Agency (ISNA) quoted Mehdi Dashti, head of Poultry Farmers’ Union in Yazd province, as saying: The price of one kilogram of chicken has reached 30,000 tomans. Meanwhile, the government has set the price of live chicken at 13,000 tomans per kilogram and chicken meat at 17,000 tomans per kilogram. Mohammad Reza Bagheri, head of Industry and Mining Department in Ardestan said; “Currently, the market situation is not very good and many items such as vegetable oil either do not exist or are facing daily price increases, they have to find a solution for this.”

Food prices have increased in an accelerated fashion in recent months, lower-income families were forced to replace protein with cheaper items in their food baskets. Rising prices of meat, rice, beans, and… have forced most people to make the bread the main food. As Mullahs’ Speaker of the house of representatives, Ghalibaf acknowledged on Sunday morning, October 18, “The worrying record-breaking for exchange rate  and rampant inflation have made people’s life difficult; “Today, a worker has to remove one item from his food basket every month to make ends meet.”

As usual, the Iranian regime’s propaganda attributes the shortage of flour and rising bread prices to sanctions. While its various agents, including IRGC, are plundering the people.

And now, with shortage and high price of bread, it seems bread will soon be removed from the table of most people, and it is not clear how poor people should survive!!!

Regime officials on bread shortage are expressing their concern about popular uprisings and protests, especially as the anniversary of the November 2019 uprising approaches. Since current, the situation resembles the last November uprising situation after the rise in gasoline prices. According to the October 19 Hamdeli newspaper, Farshad Momeni, an Iranian economist, stated at a meeting of Sociological Association:

“There is a possibility that we will be exposed to very dangerous ruptures, riots, and crises.”

And Moayed-Far a sociologist inside Iran stated in the same meeting:

“I believe we have no way out of the current situation.”

Or the rouydad24-state-run newspaper, quoting Ahmad Naqibzadeh, a university professor and international affairs expert, on October 18, 2020:

“We are witnessing the disappearance of the middle class in Iran in a way that has never been seen before in any period of Iranian history.”

“There is now more potential for far more serious riots and protests than last autumn.”

This means, the regime’s own experts acknowledge, there is no other solution for Iran than a fundamental change of government, which is a regime change!