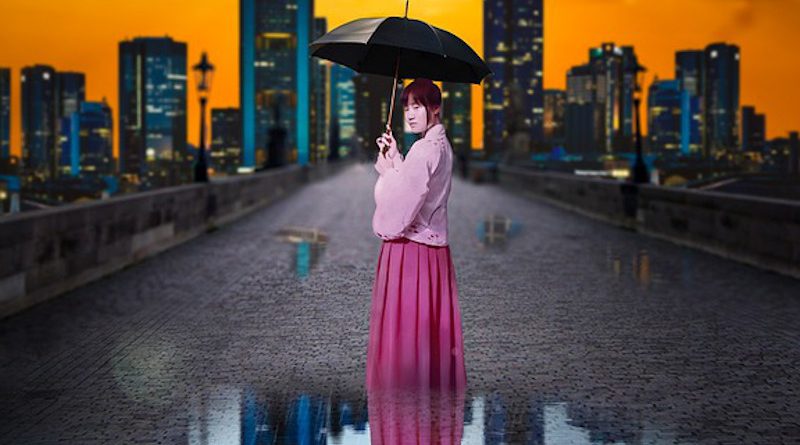 The IPCC is about to publish, what are called ‘landmark’ report findings on climate change very soon. According to The Guardian, the report states that, “the greenhouse gas emissions spewed out by fossil fuel burning, forest destruction and other human activities are now clearly destabilising the mild climate in which civilisation began.”

The environment, global warming and climate change has become one of the most important political issues over the last decade. There is a prevailing attitude that the science of climate change is complete, the majority of those within the scientific community agree with the science, and that anyone who questions this, is a climate denier.

Climate science is immensely complex, spanning many disciplines, where there are really only a few people in the world who can thoroughly understand the various hypotheses around the issue. The rest of us may understand the issues, know the outlines of some of the more published climate hypotheses, are exposed to various sets of data that supports these hypotheses, and carry an opinion on the issues.

It doesn’t matter whether one fits into somewhere within the gambit of believing in the ‘doomsday’ hypothesis, or have complete ‘climate scepticism’, there are a number of environmental issues that are important to maintaining a human evolutionary trajectory, upon the earth today. Ignoring the issues below will place humankind in mortal danger of becoming threatened with our very own survival.

These issues have been the casualties of environmental evangelism.

The major consequence of population growth is overuse of finite resources, if not the potential complete depletion of some, like fisheries, wetlands, forests, groundwater, and a number of rare earths. Population growth will put stress on agricultural production, leading to potential food shortages. Putting taxes on selected resources, i.e., the carbon tax will only add to the cost of living, and become a tradable market creating wealth for some, and poverty for others.

Continued population growth will increase urbanization, deplete the stock of world forests, increase the incidence of poverty, and add to mass unemployment, as not enough potential jobs will be created to accommodate extra population. This is becoming a major concern with the increase in productivity, the continued centralization of the means of production for economies of scale, with higher efficiency and productivity, and all that accompanies the advent of Industry 4.0.

There are possibilities that the projection of 9.74 billion people by 2050 is an over-estimation, as fertility rates in Africa and South Asia may dramatically reduce, as they did in other countries, as prosperity increased in the past. However, even if actual population growth doesn’t grow to expectations, this doesn’t negate population as a major environmental concern.

Rapid urbanization is bringing with it a number of undesirable environmental effects. Increasing urban sprawl is creating urban heat islands (UHL), causing excessive heat during summers, and creating milder winters. Cities reflux heat back out into the atmosphere at 15-30 percent less than rural areas. This means that cities are warmer by 0.6-1.3 degrees centigrade, than rural areas. Urbanization is also creating poor regional air quality, resulting in haze and pollution troughs across cities and surrounding regions.

In addition, energy consumption in urban areas is much higher per-capita than rural areas. Mega-cities are resource wise unsustainable, and require energy inputs from far outside city limits. As has been found over the last 18 months, mega-cities provide special public health issues, where infectious diseases rapidly spread, leading to long-term lockdowns, causing adverse community, health, and economic effects. The economic costs of saving lives under lockdown public health strategies, is much higher than for rural areas, where low population density is a prime-defence against the spreading of infectious diseases. Many of these mega-cities developed in the 1960s and 70s were structurally cement based, which is starting to decay. In the near future, massive capital will be required to renewal them.

Urbanization is an issue which requires much more study within the areas of public consumption, energy use, regional climate change, and public health. In the climate change study, this area has received very little funding, compared to other areas. There are strong arguments for revisiting the policies of decentralization, from what we are seeing with urbanization at present.

Deforestation is partly the result of growing urban sprawl, and expansion of commodity mono-cropping and cattle grazing. Deforestation has increased greatly since the 1960s, affecting natural ecosystems, biodiversity, and climate. According to the World Bank, between 1990 and 2016, 420 million hectares of forest has been lost, leaving about 30 percent of the world’s land area covered in forest.

Deforestation is causing the destruction of eco-systems which keep the planet in balance. Forests are being lost at the rate of 10-12 million hectares per annum. Forests are a converter of the sun’s energy, which is distributed to flora and fauna as food, and a store of carbon dioxide. These eco-systems play a major role in keeping the air clean, and water fresh. This has major impacts on food chains. Land areas with cleared forests often become flood prone and lose their soil fertility, due to the weathering of top soils. This makes new land uses marginal, except for urbanization.

Part of the problem is that much land clearing is being undertaken illegally in jurisdictions that struggle to enforce the law.

Sound water management is a prime part of maintaining eco-systems. How to allocate water resources to various users is a growing controversy. This can be seen in the Mekong region, where the Chinese government has built 11 major dams to produce hydro-electricity along the upper Mekong. With water levels along the Mekong River in Myanmar, Thailand, Cambodia, and Vietnam, the lowest in 100 years, local eco-systems are under stress with erosion, silting, algae, and dried up river beds, destroying local industries such as fishing. This is causing local climate change, where Vietnam is concerned with sea water intruding into the Mekong Delta.  This is now a major issue that the five country Mekong River Commission is struggling to solve through negotiations.

Poor water management is affecting other regions within Asia. Most Asian cities are facing problems with flooding urban areas, the polluting of rivers, and bacteria contamination. This is greatly affecting the purity of Malaysian household water, as it is pumped from rivers travelling through urban and industrial areas. The mega-city Jakarta is now sinking at a rapid rate, between 2-25 cm a year, depending on the area, due to residents using groundwater for household and industrial use.

Poor forest management is leading to the spreading of highly intensive forest fires. Previously logged areas have removed the old large fire-resistant trees, that have been replaced with quicker growing, more intensely planted soft to medium wood type trees. In addition, many forests have long dry grasses, and built-up woody debris on the ground, which provides fuel to highly intensive fires.

Since WWII, US firms embarked up creating mass consumerism with product differentializing, working on ways to decrease product lifecycles, so new products could be introduced, and turned repairable products into disposable products. The effects of Kotler’s ‘marketing’, and the ‘Blue Ocean Strategy’ culture in marketing and distribution, helped to create a consumerism based on wants and not needs. This led to a massive per-capita consumption of consumer products, the disposal of packaging, and the rise in household debt.

Manufacturers sought to achieve massive economies of scale with mass production concepts, and Michael Porter’s cluster approach to industry developed, until it went offshore, in the name of lowering costs. This transfers resource demand to other economies, and externalities like pollution. Hyper-consumerism has destroyed decentralised production based on craft, pride, passion, and the communities that went into creating company towns. This has led to the increasing burden of government transfers to households within welfare systems in the west, increasing public debt as another hidden externality.

There are Quick Solutions

Approximately 29 percent of greenhouse gas emissions original from fossil fuel electricity production. Alternative methods of power production, such as solar energy, with large fields of panel arrays contributes to change of micro climates within the regions they are located within. There are now new and safer technologies available for nuclear power production, that would lower greenhouse emissions dramatically.

Likewise, there are long term strategies to tackle the issues of population growth and increasing urbanization. Water and forest management must become much higher environmental priorities. Practical strategies are available.

However, as is now being seen by the Mekong River issues, multi-lateral cooperation between countries is very important. If human induced climate change is to be avoided, bodies like the Mekong River Commission must be made to work. If they can’t, these issues won’t be solved, and there is potential in the future for international friction over climate change issues.

Most Climate Change Issues Relate to the Third World

There is little point in having discussions about climate change within the G7, or G20, or World Economic Forum, if stakeholders from the third world are not there. Climate change issues must be addressed by the third world itself, for solutions to occur. Wealthy nations cannot dictate solutions, but only engage, and assist in finding solutions.

The above provides a list of research topics, that some reallocation of funding for climate change research will help to shed some more light and discussion upon them. This is important to prevent tunnel vison within the climate change discussion.