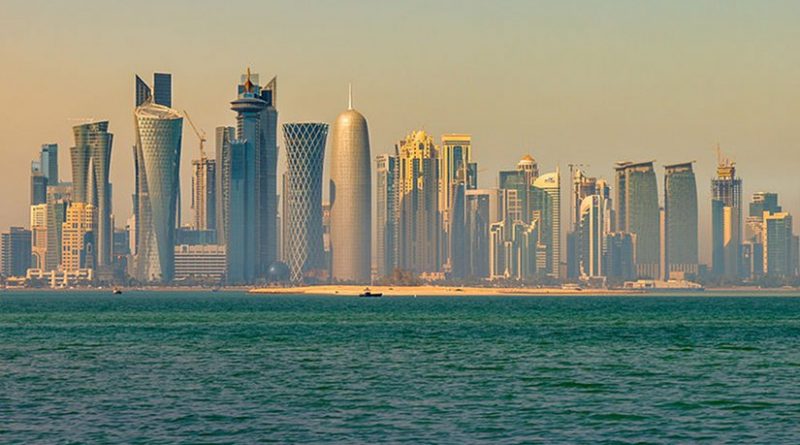 On December 3, Qatar quit the Organization of the Petroleum Exporting Countries (OPEC) in a snub to rival Saudi Arabia.

Officially, the country’s Energy Minister Saad Sherida al-Kaabi said that Qatar would rather focus efforts on the production of liquified Natural Gas. The tiny peninsula is sitting on vast reserves of LNG and is the world’s top exporter of the resource. On the contrary, it makes up for merely 2% of the OPEC’s oil production.

Though the Qatari minister delinked the decision from regional politics, in tetchy remarks aimed at the Saudis, he said, “We are not saying we are going to get out of the oil business, but it is controlled by an organization managed by a country,” alluding to the Saudi control over the OPEC, and added that Qatar isn’t keen “to put efforts and resources and time in an organization that we are a very small player in, and I don’t have a say in what happens.”

Qatar’s latest salvo is yet another indication of how the Emir of Qatar doesn’t see any benefit in sticking to a cartel that he doesn’t derive much benefit out of but nonetheless continued to be a member of to appease Saudi Arabia, his overarching neighbour. Their relationship has been moving downwards since June last year when the Saudis imposed a land, sea and air blockade on Qatar, along with acolytes – the UAE, Egypt and Bahrain. It was, supposedly, a punishment for supporting terrorists and fanning the Arab spring, charges Qatar denies. Leaving the OPEC is a sign that Qatar has not received any signs of the blockade lifting anytime soon.

I have been visiting Qatar over the last few months to ascertain how the Qataris are dealing with the embargo. Initially, there was some hope of the impasse resolving. But now, it has been replaced by nationalistic rhetoric. In the beginning, what seemed like a tale of envy among the monarch cousins, a mood swing, has now turned into status quo which experts close to Qatar’s royal house predict, “may last our life times”.

Qatar is learning to live with the blockade and trying to move towards self-reliance, to whatever extent it can.

The Persian Gulf nation has a wealth fund of $340 billion, more than enough to survive any crisis. Overnight, the Al-Thanis were forced to reroute the imports the tiny nation lives of and they did.  The shortage inflicted by the blockade lasted for just a few days. The shelves went empty although, mainly because of panic shopping.  Qatar’s supporters — Turkey and Iran included — supplied the essentials and unloaded them at the newly built $7.4 billion Hamad port. Within months, a Qatari company called ‘Baladna’ or ‘Our Country’ started manufacturing perishables like milk and cheese. It also  managed to streamline the import of supplies through newer routes. While Qatar airways showed losses, other Qatari businesses were boasting about remarkable profits.

Ibrahim Al-Emadi, a man running a range of businesses and is the cousin of the country’s finance minister, told this author: “Walla! Nothing better could have happened to us.” Emadi, also a member of the second most influential clan in Qatar, said that cutting out the Saudi and Emirati middleman has led to a substantial increase in his profits. “My businesses now earn 40% more.”

Last month, the International Monetary Fund stamped Qatar’s growth rates and announced that Qatar’s economy has grown despite the blockade. A statement issued by the IMF read, “Qatar’s economic performance continues to strengthen.”

Qatari riches ensured the Al-Thanis can opt for an independent foreign policy. The Emir hasn’t given in on any of the Saudi demands and instead is focusing on strengthening Qatar’s weak spots, such as its defence. They have decided to expand the American airbase of Al-Udeid — the largest US military facility in the region — to incorporate the families of 10,000 soldiers and earned a few browny points with Donald Trump, besides asserting to its neighbours that the base is its biggest bulwark against any misadventure the Saudi Crown prince may have in mind now or in the future. Besides, Qatar has decided to invest billions of dollars to purchase advanced weapon systems such as 36 American F-15s, 12 French Rafale fighters and 24 Eurofighter Typhoon aircrafts to buttress its defence. Qatar has also announced to double up its naval forces by 2025 and expanded its national service programme from 3-12 months. In a first, by next year, Qatar will also accept females to enlist.

The Saudis and the Emiratis have much larger forces. They have modernised their armed forces over the decades. Matching up to their numbers is a daunting task for the Qataris, home to all of 300,000 native citizens.

Qataris are the most pampered citizens in the world, with the state providing them with much of what is needed to live for free. It remains to be seen how much enthusiasm will the Qataris show to become a part of the armed forces which requires a tougher routine.  Nonetheless, the Qatari government seems determined to persuade the natives to take charge of the country’s security as the possibility of an attack from the neighbours takes birth in the mind of the ruling class.

Strategically, the Qataris have neither stopped supporting the Muslim Brotherhood nor have they severed ties with Iran. They have though benefitted out of the Saudi prince Mohamad bin Salman’s whimsical foreign policy manoeuvres and his authoritarian governing style. Salman’s Yemen policy is now slammed for exacerbating the humanitarian crisis in the war-torn country. His idea to have Lebanon’s Prime Minister Saad Hariri resign whilst in Riyadh yielded nothing. At home, arresting the Saudi women’s rights activist shut up those hailing him as a new age Arab reformer. The brutal killing of dissident Saudi journalist, Jamal Khashoggi, in the Saudi consulate in Istanbul, proved to be the last straw. The Qataris said the minimum on the Khashoggi case. It was a clever move. Saudi trolls were already trying to blame the Qatari-Turkish nexus behind the killing. Qatar surmised that a Saudi loss of face adds to their credibility and that too without them doing or saying anything.

Home » Qatar Is Learning To Live With The Blockade – Analysis