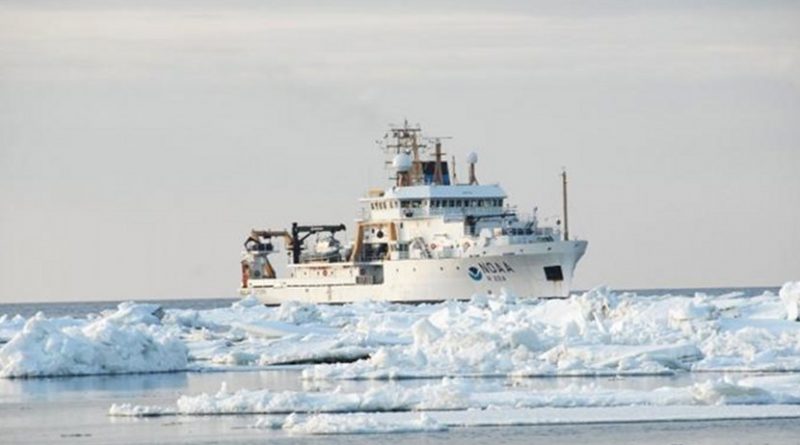 The inclusion of taxon-specific sensitivity to a shifting climate helps us understand species distributional responses to changes in climate.

Marine species in the eastern Bering Sea are not shifting their distribution ranges fast enough to keep track of current changes in climate, according to a study led by researchers at Hokkaido University.

As global climate change alters sea temperatures and environmental conditions, marine species need to track these signals at a sufficient pace to remain within their climatic habitat. However, lags in distributional responses to temperature shifts have been documented in terrestrial and aquatic taxa, as species range dynamics are also influenced by factors other than climate.

Irene Alabia, a fisheries oceanographer at Hokkaido University’s Arctic Research Center, led a study to evaluate multi-taxa responses to contrasting climatic regimes in the eastern Bering Sea, defined by persistent stanzas of regional warming and cooling. She worked with colleagues at Hokkaido University and the University of Alaska Fairbanks to examine potential distributions of 21 fish and invertebrate species in the eastern Bering Sea between 1993 and 2016. These were generated from multi-ensemble habitat models correlating taxon-specific occurrences to suite of climatic (winter sea surface temperature) and environmental factors (winter sea ice cover and depth).

Using satellite-derived environmental data and species data from bottom trawl surveys, the team compared rates of local climatic change (climatic velocity) to both observed (data-driven) and expected (model-driven) species distributional responses. They found that the climatic velocities were poorly correlated with observed and expected distributional responses, underpinning the importance of incorporating species-specific sensitivity to climate variation when predicting rates of range shifts in response to climatic changes. Further, most of the species examined were trailing behind climate change, potentially increasing their vulnerability to future climate fluctuations.

“Our results can be useful for reinforcing current conservation and management efforts, and help develop adaptive management strategies to deal with varying impacts of climate changes to marine resources in the region,” said Irene Alabia of Hokkaido University. The study was published in the journal Diversity and Distributions.

By Cornelia Meyer* After George Floyd died last week at the hands of a police officer, what ensued was dramatic