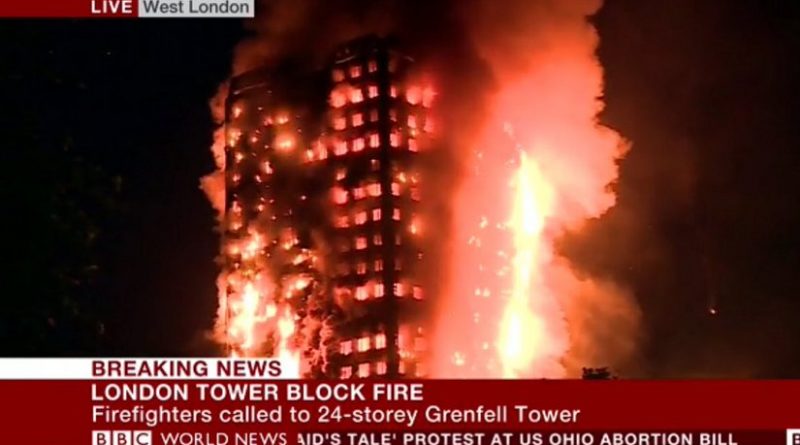 A massive fire has engulfed a residential high-rise building in London.

A massive fire has engulfed a residential high-rise building in London, prompting the London Fire Brigade to dispatch at least 40 fire engines and 200 firefighters.

The blaze at Grenfell Tower in West London extends from the second floor to the top floor of the 27-story building, the London Fire Brigade said.

“At this stage we are aware of two people being treated at the scene for smoke inhalation,” London Metropolitan Police said in a statement. “We await an update as to whether there are any further injuries.”

London Metropolitan Police said they were called at 1:16 a.m. “to reports of a large fire at a block of flats in the Lancaster West Estate, W11.”