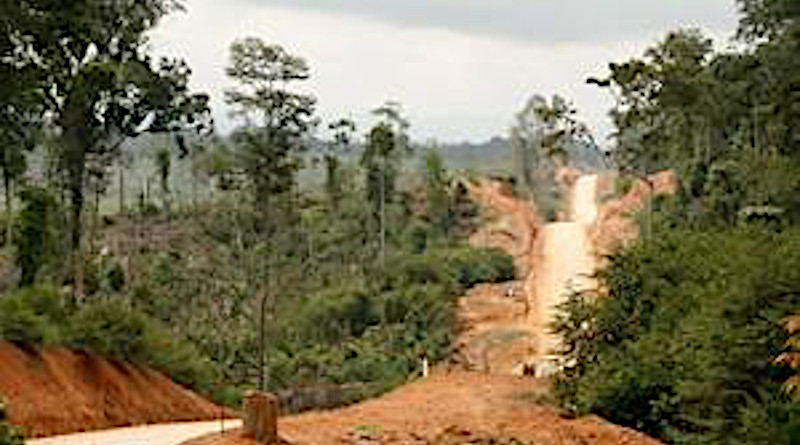 Tropical forest soils play a crucial role in providing vital ecosystem functions. They provide nutrients for plants, store carbon and regulate greenhouse gases, as well as storing and filtering water, and protection against erosion. Scientists at the University of Göttingen and the University of Minnesota in the USA have investigated how the properties and ecosystem functions of tropical soils change when forests are cut down, and whether reforestation can reverse such soil degradation. The results of the study are published in the journal Nature Reviews Earth & Environment.

For the analysis, the team collected data from 130 different studies from 35 tropical countries. Based on this huge amount of data with more than 10,000 individual observations, they compiled the most comprehensive study to date on how soils are affected by deforestation in the tropics and how they recovered after reforestation. The study draws important conclusions about tropical land use.

“Various aspects of soil degradation after deforestation, such as carbon and nutrient losses, acidification and compaction, have been investigated in separate studies for decades. Our analyses bring all this research together and show for the first time the extent and dynamic nature of soil degradation,” says first author Professor Edzo Veldkamp, who leads Soil Science of Tropical and Subtropical Ecosystems at the University of Göttingen.

In the study, the team shows that changes in soil properties depend on the original soil fertility and intensity of cultivation. Dr Marife Corre, the study’s senior author, says: “Our analyses show that the degradation of soil properties is still significantly detectable even decades after deforestation. For example, soils that have been used for crops more than 25 years after deforestation continue to lose carbon in the form of CO2 and further reduce their capacity to retain nutrients.” Co-author Dr Marcus Schmidt adds: “Ultimately, the upper soil layer loses more than half of its originally stored carbon, and the deeper soil layers – which are often over-looked – loses a third.”

Land-use management practices that increase organic matter in the soil and include trees (for example, agroforestry systems) can slow down soil degradation. Smallholders are more likely to plant trees and invest in improved nutrient management if they have secure land tenure, access to markets to sell their goods, and access to knowledge and finance to make their farms profitable. Effective policies that can create such conditions are an important step towards more sustainable land uses in the tropics.