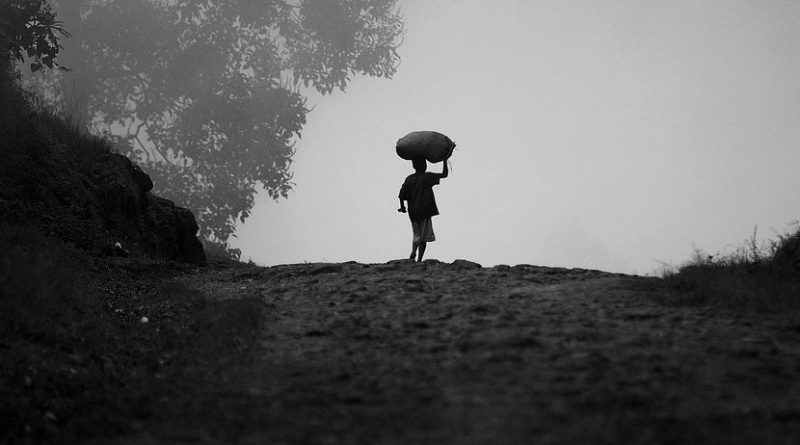 New research published by the UNU World Institute for Development Economics Research (UNU-WIDER) warns that the economic fallout from the global pandemic could increase global poverty by as much as half a billion people, or 8% of the total human population. This would be the first time that poverty has increased globally in thirty years, since 1990.

The authors of the UNU-WIDER study – Andy Sumner and Eduardo Ortiz-Juarez of King’s College London and Chris Hoy from Australian National University – find that a setback of this size would reverse a decade of global progress on poverty reduction.

“This study shows that the achievement of the 2030 Agenda, and in particular, the SDGs on no poverty and zero hunger, is under considerable threat. The need of the hour is to bring together development agencies, national governments, civil society and the private sector in a global effort to protect the livelihoods and lives of the poorest of the poor in the Global South,” says Kunal Sen, Director of UNU-WIDER.

The results of the study have galvanized concern for vulnerable communities around the world. They are being cited by Oxfam International in its call to world leaders to implement “an Economic Rescue Plan for All, to keep poor countries and poor communities afloat” ahead of key meetings of the World Bank and International Monetary Fund (IMF) and G20 Finance Ministers’ from April 14-17 in Washington.

Oxfam is calling on world leaders to agree on an Emergency Rescue Package of 2.5 trillion USD paid for through the immediate cancellation or postponement of 1 trillion in debt repayments, a 1 trillion increase in IMF Special Drawing Rights (international financial reserves), and an additional 500 billion in aid.

The WIDER Working Paper estimates an outcome of a 400-600 million persons increase in global poverty given a scenario in which per capita consumption contracts by 20%. The study also estimates poverty increases for mitigated contractions of 10% and 5% and shows the impacts on poverty by region, as well as globally.

Against this backdrop, the United Nations is stepping up efforts to address climate-related security risks amid growing recognition of the role of climate change in exacerbating the risk of conflicts.

The report by the United Nations University (UNU) Centre for Policy Research aims to support both the UN and its partners in developing climate-sensitive approaches to preventing conflict.

Climate-related changes in water resources, food security, sea-level rise and flood risks and migration patterns are already impacting the stability of many states to cope.

With warnings of impending “climate wars,” driven by a dramatic shortfall in key resources as the world overheats, UN Secretary-General António Guterres has explicitly placed climate change as a central aspect of the UN’s prevention agenda, as have key member states.

The United Nations has introduced a set of measures recently to make the organization better positioned to prevent conflict. They include improved planning and coordination with other actors, as well as the creation of a Climate-Security Mechanism spanning three UN entities, with a small but dedicated set of capacities to help improve the analysis of, and response to, climate-related security risks in the UN system.

The new UNU Centre for Policy Research report offers: 1) a literature review covering the major scholarship on the links between climate change and violent conflict; 2) in-depth case studies on climate-security dynamics in Bangladesh and Nigeria; and 3) cross-cutting conclusions and recommendations for the UN system.