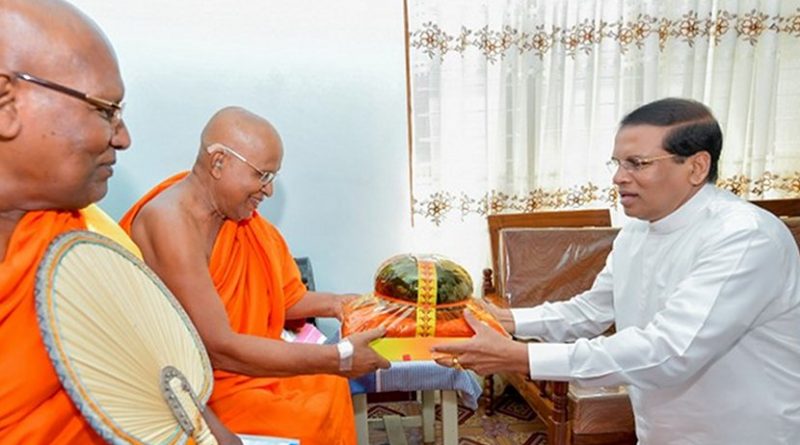 President Maithripala Sirisena says the Sri Lankan society has been nurtured with disciplined and moral values that cannot be seen anywhere in the world as a result of the teachings of Buddhism and said that the present government is totally committed for the progress of the Buddha Sasana.

Sirisena made these remarks participating in a religious ceremony to lay the foundation stone for the three-storey multipurpose building at the Sri Abhaya Raja Maha Vihara in Mawanella, Keppetipola, today (17).

Sirisena who unveiled the plaque for the foundation stone of the three-storied multi-purpose building also planted a sapling in the premises of the temple. He also opened the new solar power system of the temple.

Ms. R. P. M. Rathnayake, a retired teacher in Polhagawela presented Rs. 500,000 donation to the President to be used to build the three-storied building.