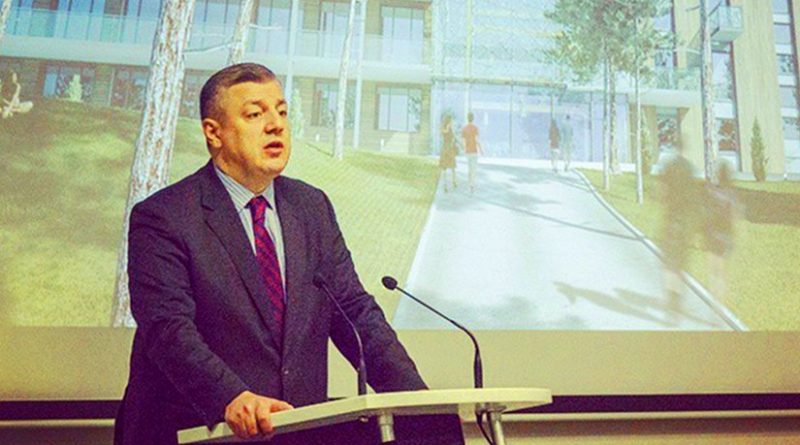 (Civil.Ge) – President Giorgi Margvelashvili has officially named Giorgi Kvirikashvili, who has been nominated by the largest group in the legislative body, GDDG, as prime ministerial candidate after signing a relevant decree on November 18.

Kvirikashvili told reporters on November 19 that he will nominate future members of his cabinet at a news briefing on Monday.

It is unknown what changes will be made in the government, but Kvirikashvili has noted earlier that there are no plans to replace Interior and Defense Ministers.

Kvirikashvili said in late October that the portfolio of the State Minister for Diaspora Issues will be folded under the Foreign Ministry in the new cabinet and the incumbent State Minister Gela Dumbadze will continue his activities in diplomatic service.

Newly elected Parliamentary Chairperson, Irakli Kobakhidze said on Friday that the legislative body, where GDDG has a 116 seat supermajority, will discuss the issue of confirmation of the new government and its program next week. Support of at least 76 PMs is required for the cabinet to win the Parliament’s confidence vote.

Meanwhile, President Margvelashvili, new Parliamentary Chairman Irakli Kobakhidze and PM-designate, Giorgi Kvirikashvili held a meeting in the Parliament building in Kutaisi on Friday to discuss the plans of future cooperation between institutions.