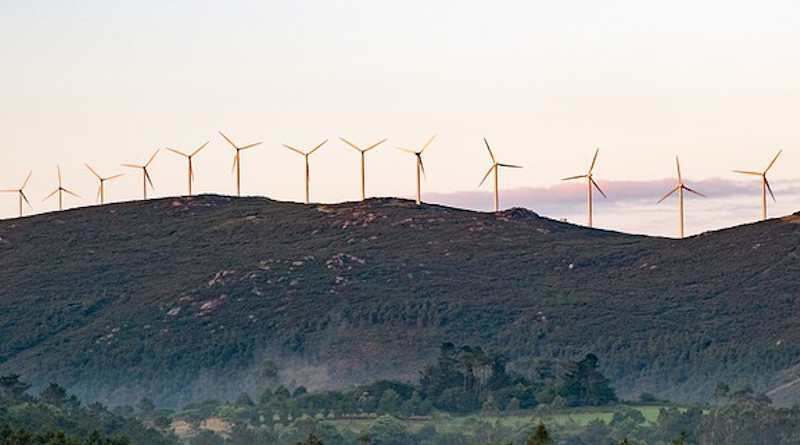 As China’s economic development continues, energy demand is rising along with it. Meeting this energy demand via fossil fuels is becoming increasingly undesirable, because it poses environmental and climate risks.

One solution is to embrace renewable energy sources, such as wind power, and it has experienced fast growth within China during the past decade. But many wind farms are being built within regions of high seismic activity.

In Journal of Renewable and Sustainable Energy, by AIP Publishing, researchers from Changzhou University and Beijing University of Technology present their work exploring the dynamic behaviors of wind turbines subjected to combined wind-earthquake loading.

The group discovered that changes in the wind increase and decrease the response amplitude of the wind turbine under weak and strong earthquakes, respectively.

“The input angle of earthquakes influences the seismic response of wind turbines, because of the asymmetry of aerodynamic damping and blade stiffness,” said Xiuli Du, a co-author from Beijing University of Technology. “The wind and earthquake ground motion both induce the vibration of wind turbines, especially the blades, which changes the aerodynamic load acting on the blades.”

Modern large-scale wind turbines use variable speed and variable pitch control technology, which means their dynamic behavior is affected by the controller.

“Consequently, the dynamic response of wind turbines under wind-earthquake excitation shows the coupling effect of aeroservoelasticity — the interactions between the inertial, elastic, and aerodynamic forces that occur when an elastic body is subjected to a fluid flow,” said Du. “Wind and ground motion are also random vector fields, with complex time-domain and spatial uncertainties involved when combined.”

Surprisingly, the researchers found the wind simultaneously exerts a dynamic loading and damping effect on the seismic response of wind turbines. So, they caution that considering only one of these two effects could lead to inaccurate or even erroneous conclusions.

“Our work can guide the determination of wind-earthquake combinations for the seismic design of wind turbines and directly help design wind turbine structures,” said Du.

Wind turbine support towers located within seismically active areas of China do not typically include redundant supports, so if one fails, it may result in a collapse of the turbines.

“While converting wind energy into electricity, wind turbines are in the operational state for most of their service life, which makes it important to study the dynamic behavior of wind turbines under wind-earthquake loading,” said Du.