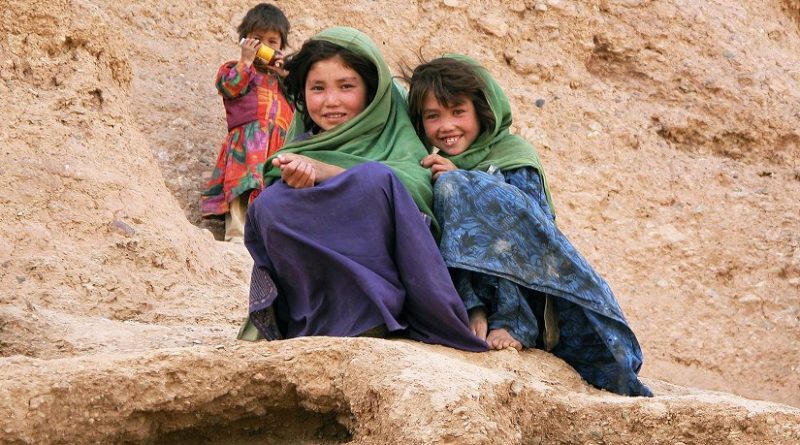 Many Americans have watched with horror as thousands of Afghans desperately try to flee their country following the Taliban takeover. Compassion and a sense of responsibility have driven many to look for ways to assist those Afghans who make it to the US.

Since 2006, the US has allowed a limited number of Afghans and Iraqis who directly worked for the US military or other parts of the US government in Afghanistan and Iraq, such as interpreters, to apply for a special immigrant visa.

Over the years, despite lengthy delays in processing applications, the SIV program has brought several thousand Afghans to the US. In August, a “P2 designation” was announced to allow Afghans who had indirectly contributed to US work in Afghanistan, such as working for contractors or a US media organization, to apply for a visa. There also is a broader refugee category for which some Afghans who leave Afghanistan can apply, though opportunities are limited.

There are many more Afghans pursuing these visas than there are available visas, and now they face extreme challenges trying to leave the country. However, the US recently expedited efforts to help evacuate eligible Afghans.

In response, many Americans are stepping up to help welcome Afghan arrivals. The US government has a refugee resettlement program, in which the government works with nine non-governmental resettlement agencies, who in turn work with a wide range of local volunteer organizations. As the first evacuations of Afghans began, these organizations have ramped up their efforts.

Multiple organizations involved in helping new refugee arrivals have reported receiving an outpouring of support in the last week. Many Americans are donating funds to these organizations. Others are directly donating items, such as furnishings, toys and food, to help Afghan refugees start a new life. Organizations that help find housing and provide basic necessities for refugees have reported receiving an overwhelming number of donated items.

Many people are volunteering their time and skills, helping to move furniture, meeting refugees at arrival destinations, providing translation services and English lessons, helping to register children in school, and much more. Some organizations have received so many volunteer applications that they do not have time to process them all.

While there is little that most Americans can do to help fleeing Afghans, some individuals are finding ways to assist. One woman in Minnesota used her savings to buy tickets on a flight for an Afghan family. The organization Miles4Migrants, which helps fund airline tickets for refugees, reported a surge in donations of airline miles. For years, individual Americans — often those who served with the US military or government in Afghanistan — have advocated for SIV applicants, and many of them have stepped up their efforts in recent weeks.

Americans who are volunteering and donating come from all over the country and all backgrounds. Many are Afghan Americans or other former refugees. Some worked with Afghans, as part of the US military or government projects. Many others are just concerned individuals who want to help.

Sadly, the reality is that many Afghans who are eligible for refuge in the US — and who will be targeted by the Taliban — will never make it to the US. This reality has raised pressing questions about who is to blame for the tragic circumstances. Complaints about long delays in SIV applications go back years, at least into the Obama administration. However, problems with the system became deeper and more urgent during the Trump administration.

Though courts blocked then-President Donald Trump’s “Muslim ban,” his administration took multiple steps that made it more difficult for Afghans to receive visas. The implementation of “extreme vetting” (although refugees were already thoroughly vetted), and cuts in funding and government personnel involved in the process contributed to significant delays.

Additionally, the administration drastically cut the number of overall refugees allowed to resettle in the country. The reduction of related funding reduced the capacity of the non-governmental organizations that do much of the critical work of resettlement. Furthermore, concerns about the safety of Afghan partners increased significantly after the Trump administration signed a February 2020 deal with the Taliban and prepared for a full US military withdrawal.

The Trump administration’s failures to protect Afghan partners as it prepared to leave Afghanistan does not absolve the Biden administration of responsibility. The Biden team was slow to raise the cap on refugees and had several months in office when it could have done more to expedite SIV and P2 processing, before it took steps to do so in July — when it was largely too late.

The steps Congress took over the years to expand and update the SIV program were insufficient. Congress passed legislation in July, but it was too little, too late. For years, the plight of Afghans simply was not a top priority for many members of Congress, though there have been some consistent advocates.

Although the US government failed to follow through on promises to and responsibility for Afghans who worked with US forces and government agencies, many individual Americans are stepping up, through charities, religious organizations, businesses and on their own. They will provide the critical support network and hope for Afghans fleeing the Taliban who manage to start a new life in the US.