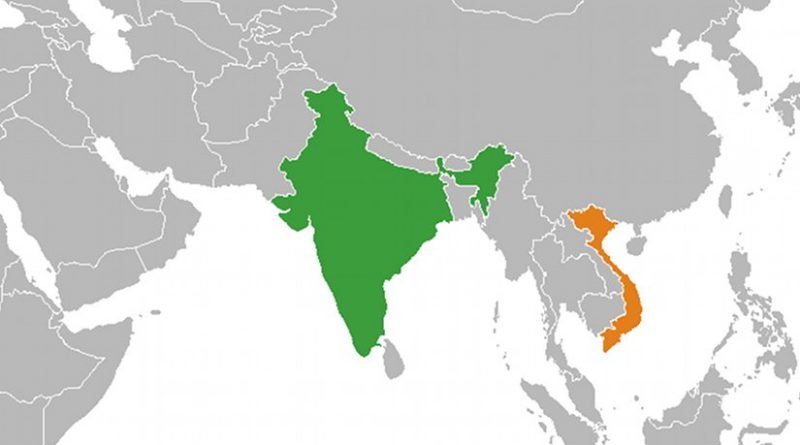 In the wake of Fukushima disaster where many Southeast Asian countries have expressed reservations on the future of their nuclear industries, Vietnam has shown signs to the contrary. Vietnam plans to speed up its ambitious nuclear programme and become one of the leading countries in Southeast Asia to have nuclear energy.

This necessitates appraisal as to why Vietnam has steadfastly refused to deviate from this course? Which countries will assist Vietnam’s nuclear energy programme? What is the current status of Indo-Vietnam civil nuclear cooperation and how could it be further enhanced?

With a vision to achieve a dynamic open market economy, Prime Minister Nguyen Tan Dung initiated a strategy of ‘Industrialisation’ by 2020. The Vietnamese economy has been performing exceptionally well since 2007 and the policy makers intend to maintain a steady growth rate of 7- 8 percent over the next five years when the per capita income is also set to rise from US$1,200 to US$2,100.

All these growth factors have inevitably heightened pressure on the traditional sources of electricity generation, especially hydropower, which supplies nearly one-third of the country’s needs. The diminishing water table due to erratic weather patterns, diversion of water for rice cultivation and the increase in household and industrial demands resulting in drought like conditions, has forced ten Northern provinces of Vietnam to import from China 1000MWe per annum.

Thus the quest for self sufficiency and diversification of power sources has increasingly led the policy makers to pursue nuclear power as an alternative and cleaner source of energy that could meet the rising demands of a growing economy. According to some estimates the demand for electricity in Vietnam is expected to rise at an average rate of 16 percent in the foreseeable future.

Vietnam plans to commission 14 nuclear reactors by 2030 which will produce a combined 15000MWe or 10 percent of total electricity capacity. The very first plant to become operational will be the Ninh Thuan 1 in the Phuoc Dinh Commune awarded to Russian nuclear energy consortium Atomstroyexport. The construction of the first 1000MWe or 1200MWe VVER reactor will start in 2014 and should be active by 2020. Likewise, the construction of Ninh Thuan plant 2 would be undertaken by International Nuclear Energy Development of Japan Co (JINED) in Vinh Hai Commune with primary reactor to kick-off in 2021. In essence, both plants will have two reactors each that are expected to generate a total of 4000MWe. Each plant will cost nearly $11 billion whereby Russia and Japan are expected to bring in 85 percent of the finance through a mixture of export credits, loans and insurance whereas Electricity of Vietnam (EVN) will raise 15 percent of the equity capital. Vietnam Agency for Radiation and Nuclear Safety expounded that Vietnam has specifically opted for the third and post-third generation reactors which unlike the plants in Fukushima have factored in all the potential threats from earthquakes and tsunamis into the reactor designs.

It is clearly visible that Vietnam’s nuclear market will expand in the near future and India, a vital partner could make better contribution in this field. India and Vietnam have enjoyed cordial diplomatic relations since 1972 and these were further cemented with the signing of a ‘Strategic Partnership’ in 2007.

This new partnership would encompass a broadening of cooperation in political, economic, security, defence, cultural, scientific and technological areas. A Memorandum of Understanding (MOU) was also signed on civil nuclear cooperation, whereby India could actively aid the activities of India-Vietnam Nuclear Science Centre in Dalat together with the uranium ore processing technology. Despite the on going scientific community exchanges and assistance in civil nuclear field since 1999, when the first accord was signed, greater cooperation at present would be especially important for Vietnam as it faces acute shortage of trained personnel. Some estimates indicate that Vietnam will fall short of 3000 to 5000 field trained experts by 2020 and under this scenario the training and exchange programmes between India and Vietnam will receive a major thrust.

But apart from technical assistance and training, India’s near future policy should also focus on the sale of its indigenous reactors to Vietnam. Vietnam has clearly displayed a preference for pressurised water reactor technology, therefore 220MWe, 540MWe and 700MWe Pressurised Heavy Water Reactors (PHWRs) which India has successfully designed and developed should be marketed along with favourable lines of credit.

The small and medium reactors would prove to be advantageous for a new aspiring country like Vietnam because they are cheaper, require less construction time, need smaller grids and could be set up in remote locations. Moreover, Vietnam’s decision to offer contracts to Russia and Japan with the US involvement, demonstrates the strategic and diplomatic preferences of the country. Sources indicate that although European technology was a preferred option, Russia was chosen so as to re-cultivate the political, economic and strategic ties with an old ally.

Since an all encompassing civil nuclear deal necessarily binds two countries in a long term strategic partnership, Vietnam would welcome such overtures by India. President Triet recently gave a clear indication of this by reiterating the importance of the bilateral cooperation and emphasised that Vietnam wished to enhance ties with India in all areas matching the two countries’ political ties.

Indo-Vietnam relations have witnessed stability over the years; however India previously inhibited itself from declaring Vietnam as a strategically important country. Now that the Look East Policy has matured, it is time for India to overtly acknowledge the importance of Vietnam and systematically deepen cooperation in identified domains. Convergence in the civil nuclear field therefore becomes critical as this will unite the two nations in a long term partnership and both stand to gain immensely from such an arrangement in view of the current and future trends in the international milieu.

Tanvi Pate holds degrees in International Relations from The University of Leicester (BA) and The University of Warwick (MA) and was a research intern at the Institute of Peace and Conflict Studies. Her main areas of interest include the India-US and India-China relations.