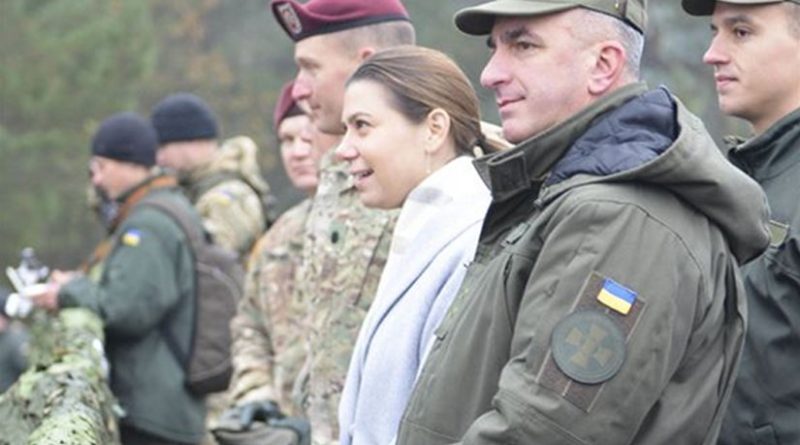 Russian President Vladimir Putin is pushing the boundaries for what his country’s foreign policy is going to be about for the next decade, the acting assistant secretary of defense for international security affairs said Thursday at the Aspen Security Forum in Colorado.

Elissa Slotkin said she believes Putin is pushing where he thinks there is weakness. “He is pushing to see how far he can get,” she said during a panel discussion with Time magazine’s Massimo Calabresi.

Putin is cashing in through his foreign policy on a sense of inferiority that the Russian people feel since the Cold War ended, Slotkin said.

Playing With the Public

“I think Putin is playing on that with the public and his public,” she said, “and I think he is looking for ways to be a global peer competitor with the United States. He wants the image of Russia to be that of a competitor and an equal.”

The Russian leader is doing that in countries bordering Russia – the Baltics, Ukraine, Moldova, Romania, and farther afield in Syria and the South China Sea, she said.

The strategy to counter Russia “is not just a bumper sticker,” Slatkin said, adding that in shorthand, it’s called “strong and balanced.”

“The strong means the U.S. and NATO have to have the capabilities that they need in the right places to deter Russia, and we have to support partners … in building their resilience in response to Russia – Ukraine, Moldova, Georgia,” she said.

The balanced portion of the strategy relies on the idea that there are still areas where the United States and Russia can cooperate in issues of mutual interest that include the Iran nuclear deal, North Korea and possibly Syria, Slotkin said.

“We don’t want to be adversarial with the Russians,” she said. “That said, we can’t stand aside while they illegally annex places and sow dissent in places and destabilize places. We have to have the twin deter and dialogue message.”

Russian activities in Ukraine, Crimea and Georgia should not be surprising, Slotkin said. “The Russians have had for years a doctrine of what they call active measures of these steps to sow dissent generally either on a specific issue or just to cause political chaos in the political system of a neighbor in order to create and opening for themselves,” she explained.

The Russians certainly are attempting to divide Europe, Slotkin said, because they think it provides an opening for them. “Part of dividing Europe is dividing the views of America and our democracy and whether that is a model to pursue,” she added.

Russia is pushing boundaries, Slotkin said, and Putin has pushed a significant modernization of the Russian military. The country has been more aggressive in the Arctic, in the Baltic Sea, the Black Sea and in the region generally, and is developing capabilities in cyber and space and improving its maritime and air capabilities, she said.

“All this leads you down a road to an assessment that Putin has decided to take on a decidedly more aggressive foreign policy,” she added, “and that deeply concerns us.”

This is not a position derived from strength, but from weakness, Slotkin said, and in some ways, that is more worrisome. The combination of sanctions against Russia for its actions in Crimea and Eastern Ukraine, plus the drop in the price of oil, has hurt the nation, she said.