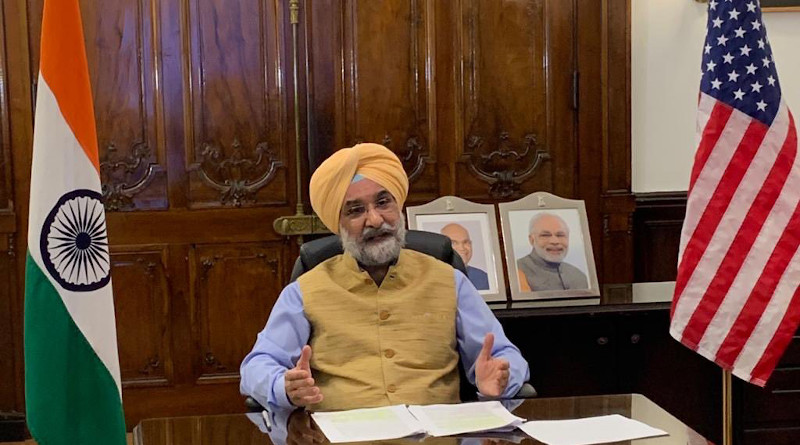 Ambassador of India to the United States, Taranjit Singh Sandhu and Wisconsin Governor Tony Evers on Tuesday held a virtual meeting and discussed trade and investment as well as people-to-people relations between Wisconsin and India.

Both discussed strategies to tap the potential in the agriculture, infrastructure and manufacturing sectors common to India and Wisconsin that would lead to win-win outcomes for both. The Ambassador briefed the Governor about the initiatives India has taken in healthcare and education and discussed collaboration in these sectors.

India and Wisconsin share a robust trade and investment relationship. The total trade between India and Wisconsin is over US$1 billion. Many Indian companies in the IT, engineering services, medical equipment, and manufacturing sectors have invested in Wisconsin, the Indian Embassy noted.

According to the Indian Embassy, these companies have invested close to $185 million in Wisconsin, creating over 2,460 jobs in the state. They also add value to local economies and communities through their CSR initiatives. Similarly, Wisconsin-based companies in the automobile, electrical equipment, financial services and technology sectors have established a strong presence in India. They include Harley Davidson, Rockwell Automation Inc., ManPower Group, etc.

India has a strong education connection with Wisconsin. The tradition of Indian studies started on the University of Wisconsin campus in the mid-1880s, when a Professorship of Sanskrit was established.

Renowned bio-chemist Dr. Hargobind Khorana received his Nobel Prize in 1968 for research he conducted at the University of Wisconsin-Madison, where he was on faculty.

The Ambassador underscored the need to revive and strengthen the university-to-university linkages between India and the U.S., including in the fields of R&D and bio-health.

Ambassador Sandhu and Governor Evers agreed to further strengthen the multifaceted engagement between India and the state of Wisconsin.