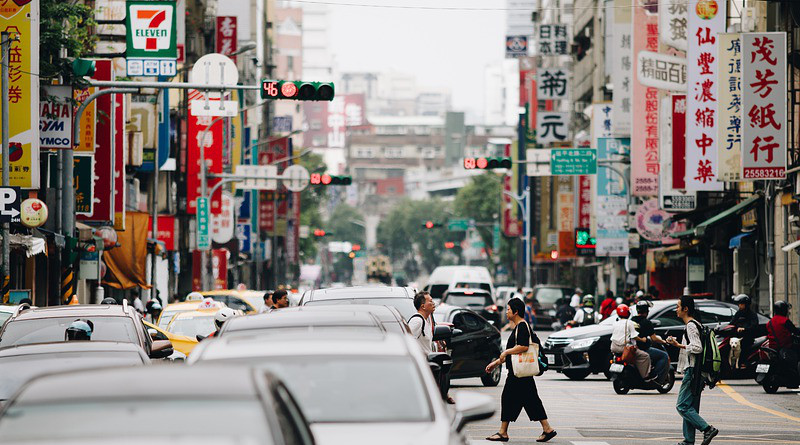 With 487 confirmed cases and seven deaths as of 24 August, Taiwan has been a global success in tackling the COVID-19 pandemic. This success has invited praise and attention to the country’s robust healthcare system, and foregrounded health as a potential area of cooperation between Taipei and others. This was demonstrated by US Secretary of Health and Human Services Alex Azar’s visit earlier in August, the highest-level visit by a US official to Taiwan in four decades.

India has been a reluctant collaborator with Taiwan. But the health sector is an opportune platform for New Delhi: both to diversify collaboration, and give a fillip to more geostrategic ambitions. While a ministerial-level bilateral visit might not be an option for India, a secretary-level bilateral conversation on health can be a good start. Further, India can also explore secretary-level trilateral cooperation on the subject with Taiwan and the US.

Taiwan’s health preparedness and proactive response during the ongoing pandemic helped it contain the virus effectively; in a way that did not bring life to a standstill as in the rest of the world. Taipei’s successful measures allowed the Tsai administration to shift focus from “pandemic containment to a campaign of health diplomacy.”

These measures has been lauded across the world. It is in this context that a case was made by the US for Taiwan’s inclusion in the workings of the World Health Organisation (WHO). China opposed this proposal, while India, with its reluctance, trod carefully.

While China’s shadow looms large over any engagement between India and Taiwan, New Delhi must constantly attempt to test waters. Health cooperation can be a good start given the ‘soft’ nature of the subject and its current significance. India has a lot to gain substantively from Taiwan on public health. Taipei’s willingness to collaborate was reflected in President’s Tsai’s April op-ed in which she concluded with the phrase, “Taiwan can help.”

Crisis-time joint action and shared learning can positively impact public and institutional memories in partner countries. Indian health diplomacy with Taiwan will not only open a new door of collaboration but could also have a positive impact on their trade and investment relationship. Such a move could also ease some of the tension caused by its reluctance to support Taiwan’s candidacy at the World Health Assembly (WHA).

The India-China Galwan Valley clash of 15 June has led to several observers suggesting that India drop its adherence to the ‘One-China’ policy to open up hitherto closed areas of engagement. This includes calls for New Delhi to intensify cooperation with Taipei. However, India cannot afford to completely antagonise China, and the status quo cannot be changed overnight.

New Delhi could thus be reluctant to extend bilateral outreach to Taipei even on the matter of health. The second-best option then would be exploring the possibility of secretary-level trilateral talks on health with Taiwan and the US. An arrangement like this carries dual advantage for India: of substance and of posture.

India appears to be interested in displaying a stern posture against China at this time. It has sought to do so by banning fifty nine Chinese software applications operating in India. A trilateral of the nature discussed above would be a useful addition in bulking up said posture. It can also act as a symmetric diplomatic response to China’s recently held quadrilateral virtual meeting with Pakistan, Nepal, and Afghanistan.

This trilateral approach lays equal emphasis on substantial cooperation and geostrategic posturing. For starters, New Delhi could take a cue from its own SAARC COVID-19 template, and pitch a common research platform on controlling epidemic diseases. Experts from the three countries could also work on the long-term economic consequences of COVID-19, and how internal trade and local value chains can be safeguarded from its many negative impacts.

This arrangement thus does two things: it allows India to play the Taiwan card against China, and reflects its interest in engaging Taiwan for reasons beyond bargaining.

Any attempt by New Delhi to improve ties with Taipei will invite Beijing’s rebuttal. The best way forward for India is to constantly test the waters with China on the subject. New Delhi’s approach must be to strongly and steadily advance on this issue without causing disruption to Beijing. A trilateral health collaboration between India-Taiwan-US could hold the answer.

*Ashutosh Nagda is a Researcher with the South East Asia Research Programme (SEARP) at IPCS.