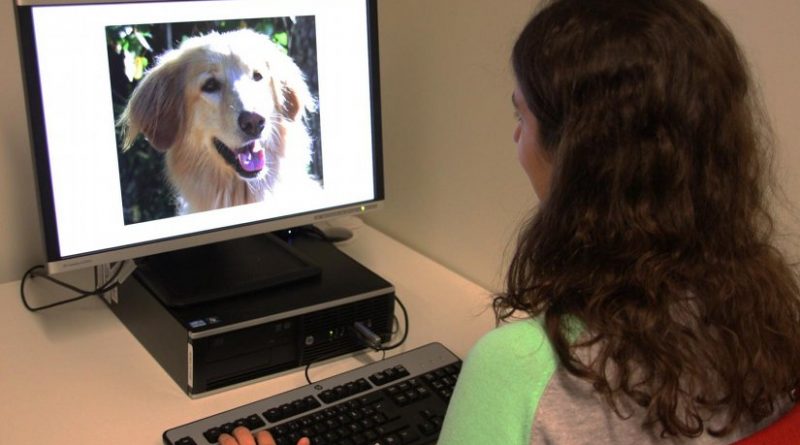 Beauty is in the eye of the beholder. People with higher emotional empathy evaluate the facial expressions of both dogs and other people more quickly and intensely. Credit Photo: Miiamaaria Kujala and Sanni Somppi

A study by the University of Helsinki and Aalto University explored how empathy and other psychological factors affect people’s assessments of the facial images of dogs and humans.

The results show for the first time that human empathy, or the ability to share someone else’s feelings or experiences, also affects perceptions of the facial expressions of pet dogs.

“Empathy affected assessments of dogs’ facial expressions even more than previous experience of dogs, probably because the face is a biologically important stimulus for humans. Our earlier studies have showed, however, that when considering the entire body language of dogs, previous experience of dogs increases in importance,” explained postdoctoral researcher Miiamaaria Kujala.

However, Kujala noted that it is possible that they over-interpret the expressions of dogs.

“Empathy speeds up and intensifies the assessment of dogs’ facial expressions, but defining the accuracy of such assessments is currently unreliable.”

A threat is easier to perceive than happiness

Communication based on facial expressions has been studied in social mammals for decades. Darwin was already able to perceive similarities in mammals’ expressions, but it has taken until the present day for researchers to begin to understand similarities between the emotional expressions of different species.

The Animal Mind research group has previously demonstrated that dogs clearly recognise the threatening expressions of both humans and other dogs.

“They gazed intensively at threatening dogs, but quickly looked away from threatening humans. Also human subjects were good at recognising the threatening expressions of dogs and considered them much more intense than similar human expressions,” Kujala described.

In contrast, people assessed happy faces more intensely in the case of humans than dogs. The researchers suggest that this may be due to the tendency to consider the faces of one’s own species generally more pleasant.

On the other hand, people may find it difficult to recognise happiness in dogs based on their facial expressions. This is indicated by the fact that people experienced in dog training estimated the happy expressions of dogs as happier than others did.