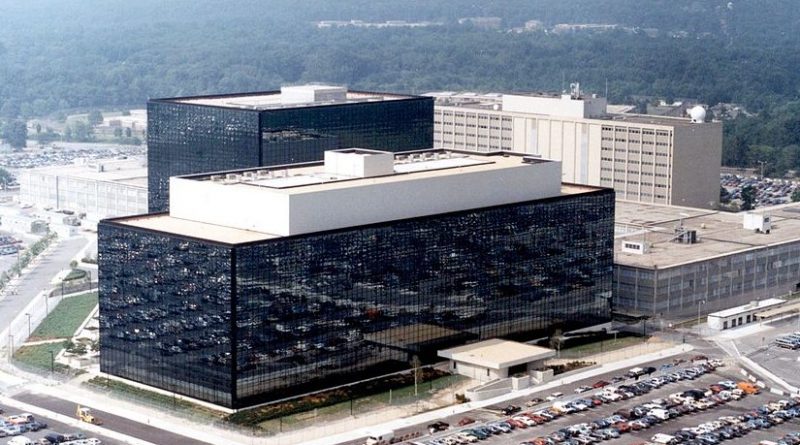 The NSA leaks opened up a new revelation for many Americans in the government’s behind-the-scenes growing interest in domestic intelligence. But they also demonstrate a lack of trust and separation of the national security apparatus from the American people which is also a major problem that should not be ignored or glossed over.

When domestic intelligence is presented for use to protect Americans from terrorism, there is a majority of support. Still, many are arguing that big data collection is vital to much more than national security, it is vital to public safety as well. And a large minority is not willing to trade privacy in for any assurances of only counterterrorist programs of public surveillance; they do not wish to be monitored for any reason.

Three things could be improved to increase US homeland security and increases in domestic counterterrorism since these new public revelations: 1) Closing the widening gap between security professionals and the general public. 2) Increasing citizen awareness to new homeland threats. 3) Greater public participation in counterterrorism and emergency preparedness of the public.

For a long time counterterrorism awareness focused on “outside” [international] jihadist terrorist threat to the US. Then there was a transition to focus on domestic terrorist ideological groups; especially in 2009. Now there are new methods and threats to the public.

Much of the early work of the Department of Homeland Security was focused on integrating federal, state and local law enforcement, sealing the borders and securing the ports and rails. Then there was a shift to raise awareness and cooperation in critical industries. Yet there was never really a prolonged mission to keep the public in participation; especially when security services turned their sights internally. Yet, it is the average person’s participation that frequently leads to locating terrorist apprehension or “snitching” suspected terrorists that puts the authorities on the right track.

The Boston Marathon Bombing is a perfect example of government security and public cooperation. All the surveillance programs in the nation did not prevent, detour, or capture the jihadists involved in the attack. They did not prevent the apprehension of Tamerlan Tsarnaev beforehand, in spite of being warned by Russia, and they did not prevent his re-entry into the US, even as a person of risk.

In the end, it was civilian cellphone photos that were voluntarily submitted which confirmed suspicious activity at the race and helped the FBI identify the suspects planting the bomb; and it was a critical phone call from a 26 year old man who escaped from a carjacking before the GPS tracking that led to the location of the Tsarnaev brothers.

The Boston Police Commissioner Edward Davis admitted that all the cameras on the scene could not match the faces of Tamerlan or his brother Dzhokhar. Hundreds of hours of forensic investigation using facial-recognition technologies did not identify the two suspects on the scene.

Unfortunately, instead of cooperation with the public, the modus operandi from the government to the public has often been: ‘We know what we are doing, we are the professionals and whatever we decide to do will keep you safe.’

This attitude is not the correct one. It breaks the trust and segregates the public unnecessarily. It assumes that since a few people in American cannot be trusted, none of them can. But these people are the ones who want to help any way they can at defeating shared public enemies. Who will come forward if the people feel like suspects under surveillance? This ends up isolating the greatest of would-be allies in homeland security and counterterrorism.

There needs to be a greater communication, debate, accountability and transparency on activities of law enforcement activity without revealing the increasing intelligence sources, investigation, operations and methods involved. Playing on the people for submitting materials or favors is a great start but much more can be done at the local levels in prevention and preparedness.

As domestic intelligence increases to protect the public from attacks, politicians and professionals must continually ask: Is this activity I promote in-line with the US Constitution, the legal code, American principles. Would the public agree to my doing this? Is this action done to protect the people or for other reasons?

Some of these self-initiated questions might be blurry. For example, the legal code is complex and not perfectly understood. It is changing. There is a generation that is hesitant to accept more domestic intelligence activities and have conflicting views. There is also a young generations that is gullible to political abuse of authority or even rebellious to authority.

Without creating a “snitch” culture or a secret civilian police, how can the FBI, DHS and other agencies develop a domestic awareness and participation programs? How can they further enhance and raise people’s awareness and education through partnering with NGOs, schools and companies?

One possible program in promoting credibility again could be to develop a civil service rotation program for participants to see police intelligence facilities, meet officers, watch recent footage, and so forth. These could be voluntary civilian oversight positions that are run out of the Inspector General’s (IG) office of a department or agency. The point would be to connect enough people that are interested in seeing behind the curtain into the system that could be trusted to keep from revealing active counterterrorist operations. These people would be vetted and screened and perhaps given a new type of temporary clearance working in a new public access department of the IG. The price would always be security risks but the benefits of repairing such a wide mistrust must be worth the cost; especially since this could be largely mitigated and controlled.

Counterterrorist operations would remain secret. Not all operational programs need be exposed either. But they might be made transparent enough in a general sense to disclose the basic nature to the public as that of protected services and not abuses of authority. Naturally, all foreign intelligence and counterintelligence would be omitted from any of these programs and the focus would be on letting trusted Americans observe various aspects of counterterrorism in the US.

The most important thing is that security professionals and contractors in the field remain Americans first and that the public knows and sees this because many of them have been embedded with them like a journalist in war. A great example of this is local police ride-along for the public. Obviously, this would be unique.

Other programs are needed to increase homeland security and repair the divide. The people could be shown the nature of domestic intelligence without disturbing the active investigations or operations themselves. Greater trust and interdependence could result. Precautions of protected rights could continually be rekindled in tandem with new security measures responding to or in anticipation of new threats. Ultimately, the government needs to work more closely with the people and the people with their government.

*First published in In Homeland Security.