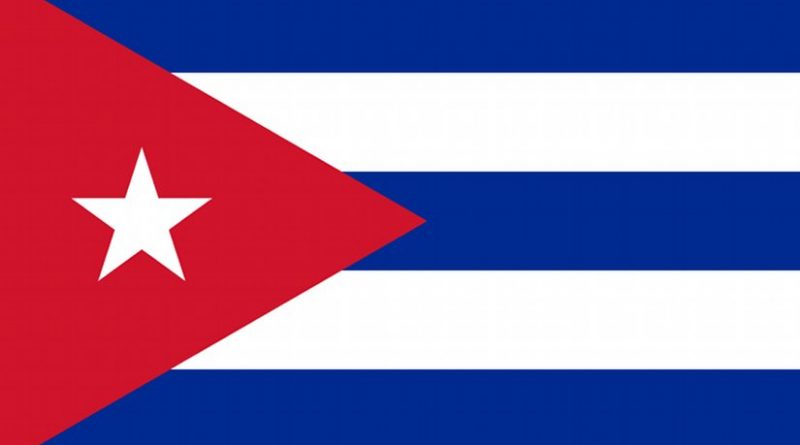 As it gears up for the creation of a major petrochemical complex of regional scope, this Cuban city faces the challenge of ensuring the sustainability of development that could compromise the health of the Bay of Cienfuegos, its main natural resource.

Almost 85 percent of the river basins in the province of Cienfuegos empty into the marine ecosystem around which all of the industrial and urban development of the city of the same name is linked.

Located 250 kilometers southeast of Havana, Cienfuegos was founded by French settlers in 1819, under its original name of Fernandina de Jagua. In 2005, it was declared a World Cultural Heritage site by the United Nations.

“These waters look pretty clean to me now. There used to be times, when it rained, that the rivers washed into the sea and then we would see a lot of dead fish. It seemed that this freshwater brought pollution,” Jaime Pérez told Tierramérica, speaking from the experience of living in the area for 80 years, almost all them devoted to the fishing trade.

The petrochemical megaproject is an expansion of the Camilo Cienfuegos oil refinery, which was modernized with Venezuelan financing after laying dormant for 14 years, and now processes 65,000 barrels of crude oil a day. Work is scheduled to begin soon to increase its refining capacity to 150,000 barrels (of 159 liters of oil each).

To supply the refinery, operated by the Cuban-Venezuelan joint venture Cuvenpetrol, 200 oil tankers from Venezuela passed through the narrow canal that joins the bay to the Caribbean Sea during the first six months of this year.

“The refinery is located in the most suitable site, further to the east and south,” said engineer Reynaldo Acosta of the Ministry of Science, Technology and Environment. The site for the expansion project was chosen on the basis of numerous criteria, including sea currents, erosive processes and the potential contamination of groundwater, he explained.

The petrochemical complex will include facilities for the production of ammonia, urea and polyvinyl chloride (PVC, used in the construction of “petrocasas” or “petrohomes”, a Venezuelan initiative), as well as a regasification plant. The expansion is being partially financed with investment from China, although the amounts involved have not been reported.

The expansion of the Cienfuegos refinery will also serve a strategic purpose: the processing of the crude oil Cuba extracts from the deepwater reserves it will begin drilling this year in the Gulf of Mexico.

The plant for the production of ammonia – to be used in the nickel, refrigeration and fertilizer industries – is to be located near the plant that will process the liquid natural gas needed for its operation.

The complex is being developed through agreements signed under the framework of the Bolivarian Alliance for the Peoples of Our America (ALBA), whose members also include Antigua and Barbuda, Bolivia, Dominica, Ecuador, Honduras, Nicaragua and St. Vincent and the Grenadines.

The labor demand sparked by the project has already given a boost to the province of 407,000 people. Some 1,800 engineers will be employed in the expansion of the refinery, and schools in Cienfuegos are training technicians and specialized workers for the petrochemical industry.

The original economic mainstays of Cienfuegos were livestock raising and sugar production, thanks to its various navigable rivers that run into the bay. The port, feed and fertilizer factories, a grain mill and a bulk sugar terminal formed part of an economic development process that left behind a heavy environmental legacy for current generations.

“Our grandparents used to say that the bay was once crystal clear, but that was back when there were more forests, which were cut down to plant sugar cane or clear the way for the railroad. The loss of trees and the growth of the sugar industry led to an increase in erosive processes and polluting solid wastes in the rivers and basins,” Alain Muñoz of the Cienfuegos Center for Environmental Studies told Tierramérica.

The Center, created in 1999 by the Ministry of Science, Technology and Environment, is responsible for monitoring the environmental quality of the bay, which measures roughly 88 square kilometers.

Water samples are tested every three months. It is one of the most frequently studied bays in the country, due to its role as a provisioning center for Caribbean maritime traffic and its wealth of flora and fauna.

According to environmental authorities, work began in the 1990s for more adequate planning and monitoring of economic activity, including agricultural activity, in order to protect the bay. But the petrochemical complex presents an environmental challenge of whole new proportions.

Based on the experience accumulated, a government-appointed group of specialized personnel will be created to harmonize industrial development needs with environmental protection of the bay. “This group will coordinate projects and economic activities in the light of the new strategy,” specialist Jesús Calvo told Tierramérica.

Technicians consulted by Tierramérica concurred that if industrial development results in increased waste, it is essential to establish waste treatment facilities to prevent or minimize harmful impacts on the bay and the atmosphere.

In addition, the canal leading into the bay must be widened to allow for ships more than 228 meters in length to pass through without posing a risk to maritime safety.

Scientists say that this activity will not raise the sea level. But they warn that on the southern coast of Cuba, which is lower than the northern coast, the water level could rise 25 centimeters by 2050 and as much as a meter by 2100 due to the effects of climate change.

“It is necessary to adapt and take into account this reality that will impact on our coastal communities,” stressed Acosta.

In this regard, the location of the new facilities was determined taking into consideration factors like wind speed and the risk of heavy rainfall and hurricanes creating wave trains that could reach heights of 2.5 meters in the bay. “Although hurricanes are uncommon in Cienfuegos, they can’t be ruled out,” he added.