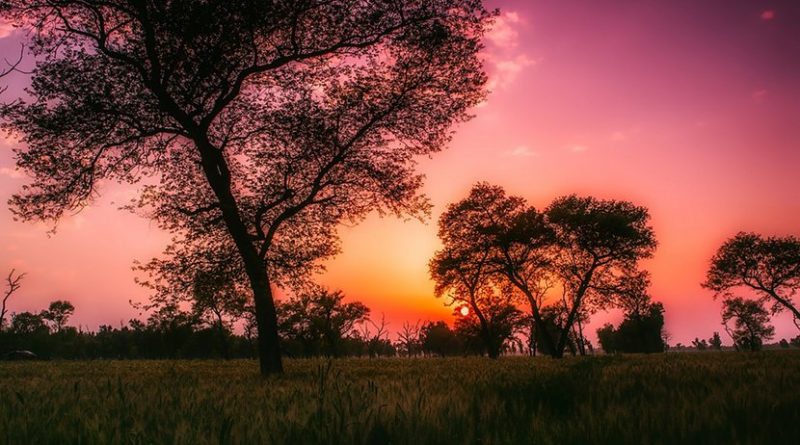 Things won’t be easy for the new Prime Minister Imran Khan. While the country is facing economic downfall with foreign currency reserves declining and trade deficit skyrocketing, yet there is another serious problem which will put Khan’s cabinet in trouble, that is, the climate change.

When he unveiled his party’s 100 days plan for the country in the month of May 2018, he told media and party members about the seriousness of environmental crisis that Pakistan is facing due to emission of greenhouse gases by industrial and energy infrastructures. He also pledged to plant 10 billion trees to tackle the effects of climate change in the same meeting. But is plantation enough to make a difference?

First of all, the plantation project will require a huge sum of money. Pakistan’s already suffering economy won’t be able to handle the financial burden of Khan’s “10 billion trees” dream. Fertilizing tree plantation requires large input of nitrogenous fertilizer (which also results in greenhouse gases emission), furthermore, huge quantity of water will be used to plant trees. We cannot afford consuming large amount water on plantation. Pakistan Council of Research in Water Resources (PCRWR), in its recent report, has warned that by 2025 Pakistan’s per capita water handiness will be lowered up to 858 cubic meters, while the inadequacy threshold is 1000 cubic meters and currently it is 1017 cubic meters per capita! Converting agricultural land for hefty biomass plantation will reduce food production as well.

Imagine that there is a leakage in one of the drainage pipes at your home and you bring a water pump to transfer the fluid from the floor to the main sewer. Should we assume that the problem is solved? Yes, but for a moment. Water will continue leaking from the pipe and you will have a flooded floor again. Permanent and complete solution will be to repair the leakage, and that is it! Imran Khan will have to focus mainly on cutting carbon dioxide and other greenhouse gases emission. Plantation will act as major support to tackle climate change problem but remember, it is not a solution. Imran Khan will have to take tough decisions. Fortunately, solutions exist and if executed properly, Pakistan can curb climate change problem.

First and the foremost, construction of coal-fired power plants and coal mining at Thar Block I and II, under multi-billion dollar China Pakistan Economic Corridor (CPEC), must have to be halted as soon as possible. Because once started functioning, tons of carbon dioxide from these power plants will be emitted, which will pollute the atmosphere. Methane — just like carbon dioxide is a heat-trapping green house gas — which gets released from the coal seam and surrounding disturbed rock strata when coal is mined.

Prime Minister Imran Khan should ask Chinese administration to invest in electricity generation projects based on renewable energy sources, especially in power generation from solar energy. If China can invest $86 billion in solar energy at home, then why not in Pakistan? Also note that China is the largest solar market in the world, having the total installed photovoltaic capacity of around 130 GW. Rather than building $5.6 billion worth of coal-fired power plants under CPEC, it can invest the same amount on Pakistan’s renewable green energy infrastructure!

Pakistan has huge potential to generate electricity by renewable energy sources like solar, hydro and wind. Fortunately, the country receives high levels of solar irradiation. According to the World Bank’s solar maps report, some parts of south-western Balochistan and Sindh have an average Global Horizontal Irradiance (GHI — which is the solar radiation received by any surface horizontal to the land) of over 2300 kWh/m 2. Furthermore, ninety percent of the total area of Pakistan has GHI of over 1500 kWh/ m 2 . Germany is blessed with only one-third of the total irradiance which Pakistan receives a year, but still it generated 37 TWh of electricity by using solar energy in 2013, which is half of what Pakistan requires a year. According to studies, Pakistan has 2.9 million megawatts of solar energy potential, but unfortunately the country is producing only approx. 700 MW of electricity from solar energy.

Pakistan generates nearly 591 megawatts of electricity from wind power. According to a report of Pakistan Meteorological Department, the gross wind power potential of 9700 sq. km of coastal area of Sindh is 43,000 megawatts; with exploitable electric power generation is estimated to be 11,000 megawatts. Also, out of 50,000 MW of electricity generation potential from hydro power, the country only has 6,902 megawatts of installed capacity..

Secondly, PM Khan can cut crude oil imports for energy production. It will help the country save billions of dollars which can ultimately be utilized to fund renewable energy projects. The country spends $12 billion annually on the import of crude oil and 70% of it is consumed on power generation which also contributes to climate change. Yet there is another solution to finance green renewable power projects, that is, the issuance of green bonds! These climate bonds will promote investors to invest in environmental friendly projects by giving them tax incentives. In 2017, $161 billion worth of such securities were issued worldwide, which is turning them into one of the fastest growing asset classes. PM Khan should consider issuing triple-A credit quality of green bonds, so that he can attract more investors.

Furthermore, the government can support micro-finance banks across the country by giving them subsidies, so that they can issue soft loans to their customers for installing off-grid solar power systems, which on one hand will reduce burden on national grid and on the the other will decline country’s dependence on coal and oil for electricity.

Finally, the ability to develop strict environmental protection policies and then executing it in a proper manner is the key to success. Climate change problem at a first glance looks easier to tackle, but it is harder than solving most economic problems. Plantation is not a solution by any means. Even planting wrong specie contributes to climate change. Majority of the trees which got planted under Imran Khan’s “Billion Tree Tsunami” in Khyber Pakhtunkhwa were poplar, eucalyptus and willow, which emit high levels of volatile organic compounds VOCs to protect themselves from bug infestation. These VOCs are hazardous to human health and their reactions with other air pollutants produce methane and ozone, which are powerful greenhouse gases.