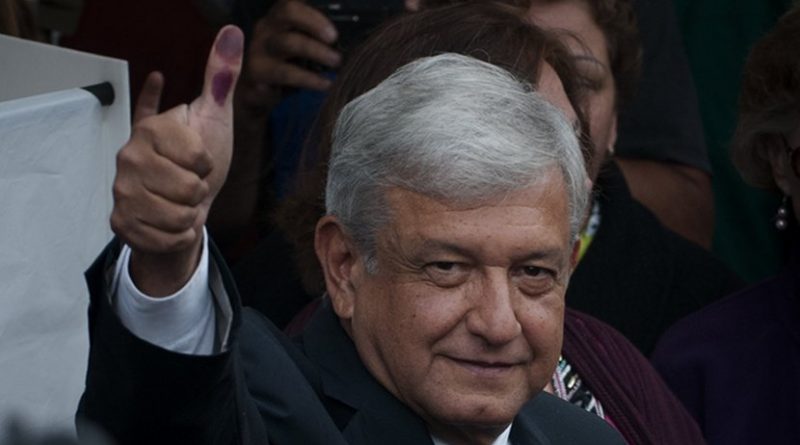 In Mexico, it is a longstanding political tradition for each new president to settle into power with structural change on his mind. For decades, every incoming administration has attempted to restructure Mexico’s security agencies, transform its economy, or both in parallel. Carlos Salinas de Gortari infamously tried his hand at privatizing Mexico’s state-owned enterprises. Vicente Fox created federal law enforcement and security agencies that were subsequently abolished by his successors. Enrique Pena Nieto counted partial liberalization in energy and telecoms and a short-lived national gendarmerie among his signature initiatives.

So it should come as little surprise that current Mexican president Andrés Manuel López Obrador, better known as AMLO, has spent his first nine months in office defining a change agenda that he claims will compare in magnitude to the Mexican Revolution. His initiative, branded the “fourth transformation” of the Mexican state, admirably aims to redefine the Mexican people’s relationship with their government. It seeks to reduce poverty, inequality, and corruption, with the hope that doing so will also improve security. The means include making the Mexican state both more austere and more active as a service provider, while remaking or scrapping agencies that AMLO considers to have underperformed their brief.

Because many particulars of the agenda are still taking shape, press and analyst coverage has tried to measure impact by focusing on anecdotes of AMLO’s thriftiness and inclination to micromanage. Much has been made, for example, of Los Pinos, the presidential residence since 1934 that has become a public museum, or the presidential plane that is up for auction as AMLO opts to travel around Mexico economy class. Business dailies have dramatized a cancelled $13 billion Mexico City airport project, and the fact that AMLO’s government has directly issued three of every four public contracts since taking office.

Yet, critical as these accounts are, they completely miss the effect that AMLO’s change agenda will have on Mexican foreign policy. Mexico has rarely been known for assertive diplomacy and few of its historic reforms have sought to improve the country’s international standing. But the fourth transformation is a uniquely domestic vision, and AMLO’s approach to executing it is likely to leave Mexico, albeit unintentionally, punching well below its weight in world affairs.

The first rule of international relations is that there’s no influence without attendance, and AMLO’s spending cuts are translating into light touch diplomacy. Since last year’s presidential campaign, a frequent AMLO refrain has been that the best foreign policy is domestic policy. True to his word, AMLO hasn’t left Mexico since taking office and he’s vowed to avoid international travel except to sign agreements with other nations. He skipped the G20 heads of state meeting in Japan in June, and the Pacific Alliance summit in Peru in July. He also implemented a short-lived practice of requiring all government employees to get presidential permission before traveling abroad.

While that order has since been overturned, other austerity measures still look to shrink Mexico’s foreign footprint. The Mexican Secretariat of Economy shuttered its trade and investment promotion arm, ProMéxico, last December, and in August announced the closure of six foreign commercial offices. The moves align with far-reaching spending cuts that AMLO seeks to codify in his so-called Law of Republican Austerity. The law, approved by the Senate in July and currently pending ratification in the lower house of Mexican congress, includes a provision prohibiting foreign offices for federal government agencies except the Foreign Relations Secretariat and those engaged in security and justice issues.

If adopted, these changes would have the unintended effect of piling new portfolios on Mexico’s diplomats, often charging them with technical topics they are ill equipped to manage. Mexican ambassadors, for example, would need to help state oil firm Pemex broaden its non-US customer base and canvass for new free trade agreements that could lessen Mexico’s economic dependence on the United States. The changes would also leave generalist diplomats to staff the Trade and NAFTA Office at the Mexican embassy in Washington and the country’s Permanent Mission at the World Trade Organization during trade disputes, at potentially immeasurable cost to Mexico’s soft power.

When Mexican diplomats are able to practice their core competency, they will almost certainly aim to deliver a non-interventionist foreign policy. AMLO has revived Mexico’s Estrada doctrine as the basis of his diplomacy. In keeping with Article 89 of the Mexican constitution, the doctrine eschews interference in other nations’ domestic affairs. Its’ neutrality suits AMLO’s primary focus on Mexico’s own internal issues and general aversion to the use of hard power. It also explains his January 2019 decision to break with the Lima Group of Latin American nations and recognize Nicolas Maduro as Venezuela’s legitimate president, despite the latter’s overtly authoritarian rule and internationally condemned human rights abuses. If Mexico succeeds in its current campaign to become a UN Security Council member for 2021-2022, Estrada principles suggest it will use its seat to oppose most sanctions on sovereignty grounds and take a conservative approach to peacekeeping.

Mexico under AMLO can also be expected to pursue appeasement with the United States. If his June 2018 interview with The New Yorker is any guide, AMLO considers it unwise to challenge President Trump directly, and he rationalized his G20 absence as an effort to avoid being drawn into a US-China confrontation. Indeed, AMLO pursued negotiation, rather than escalation, in response to Washington’s threats in June to place tariffs of up to 25% on all Mexican exports unless Mexico took immediate action to stem migrant flows. In a lower profile action, his government partnered with the US Treasury in May on sanctions against several current and former Mexican officials, a move that was as deferential as it was deliberate.

Security is an element of the US-Mexico relationship that the Trump administration values, which suggests it is an area where AMLO will be less likely to assert himself. Most telling will be the future of the Mérida Initiative, under which the US has delivered roughly $3 billion in security funding since 2008. While it represents only a small fraction of Mexico’s security budget, it has been a key lever for Washington to influence Mexican security policy. Notably, AMLO has publicly rejected the idea of Mérida, suggesting its funding would be better spent on economic development. But given the program’s broad support base inside the Beltway and AMLO’s preference to avoid unnecessary friction with the US, a compromise solution seems likely. Look for Mérida to remain intact but with emphasis on its one pillar that meshes with AMLO’s domestic agenda, a focus on building strong communities and education programs to address root causes of violence.

Regardless of where the two countries land on the Mérida Initiative’s future, AMLO’s own security reforms mean his diplomats will probably have to dedicate far more time to international security than he would like.

In office, AMLO has struck an awkward balance between a development agenda he wants to prioritize and a security situation he can’t ignore. Good intentions have given way to a confused transformation. To address campaign pledges to remove the military from the streets and combat violence with opportunity, AMLO appointed a public security secretary with a social development and communications background and merged the Federal Police, army, and navy to create a military-style National Guard. According to July reporting from Mexico’s Reforma newspaper, more than 8,000 Federal Police officers have defected from the restructure, threatening to take their investigative techniques and deep knowledge of the country’s criminal landscape with them at a time when Mexico has registered 20,135 murders in just seven months. The National Guard’s recruitment strategy, meanwhile, runs to 2021 and its existing forces still need to reconcile their operational and bureaucratic differences.

As institutional cultures clash inside the National Guard and the new body stretches to control migration while pacifying the country’s most violent regions, Mexico’s security problems will increasingly spill across borders and into its foreign policy. In 2019, Mexico’s diplomatic service has focused on disarming American trade threats and promoting Central American development, the former a necessity for AMLO, the latter a point of pride. By contrast, AMLO sent low-level diplomats to cover a hemispheric security conference in Argentina in July, which Mexico attended only as an observer state. That order of business will become harder to sustain when Mexican organized crime, resurgent at home, ups its operational tempo in Mexico’s neighbors to the north and south.

If not sidetracked by security concerns, Mexico under AMLO has an opportunity to reinforce its leadership role in Central America. Of course, Mexico has invested political and financial capital in the region before, most notably with Vicente Fox’s Puebla-Panama Plan and the Mesoamerica Project that followed under Felipe Calderon. But AMLO’s vision exceeds his predecessors’ efforts in its comprehensiveness and scale. Indeed, it appears to be the one area where he sets his sights beyond Mexico’s borders.

Dubbed the Central American “Marshall Plan” by local press, the program that AMLO unveiled with the UN Economic Commission for Latin America in May contains 30 policy recommendations grouped around the themes of migration, trade, social programs, and sustainable development. Focused on investments in Guatemala, El Salvador, and Honduras, it is estimated to require up to $10 billion annually in funding from 2020 to 2030. All four governments will contribute financing in an effort to make migration to Mexico and the US less appealing for the region’s residents. However, to cover the multibillion-dollar funding shortfall that will almost certainly ensue, Mexico will need to enlist other governments, multilateral lenders, and the international private sector for help.

The diplomatic offensive to do so will be hard to pull off with an austere and shifting bureaucracy at home and an emaciated presence abroad. And therein lies the challenge for Mexico. The country finally has a government that takes poverty and inequality seriously. Now it needs a foreign policy that can communicate its vision and values abroad and help bring foreign partnerships to bear on its domestic problems. Without them, AMLO risks becoming just another president who sold structural change to the people but left little lasting mark on the country.

Andrew Rennemo works at an international financial institution in London. He was previously an intelligence analyst in the US Treasury Department focused on transnational threats and a management consultant in Mexico for political and anti-money laundering risk.